A recent report from the Bureau of Labor Statistics (BLS) examined average hourly compensation rates from March 2019 for private industry employers among the four regions of the United States. The findings show that the Northeast pays the most for its workers. Within the Northeast, New England had the highest costs and the second highest in the nation—surpassed only by the Pacific West.

When it comes to private industry employee compensation, the Northeast had a total average cost of $39.07, which was only marginally above the West’s $38.78. The charts below show the compensation by region separated by wages/salaries and benefit costs. 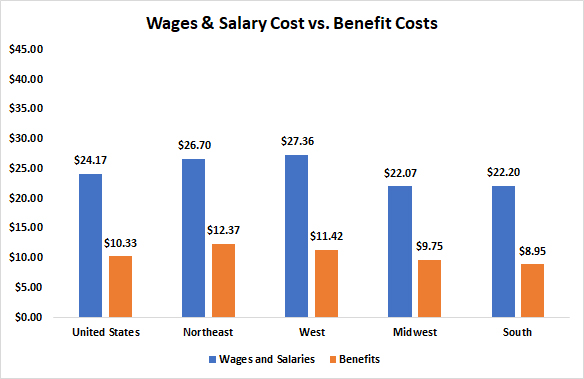 Smaller regions like New England and the Pacific West shared some of the highest overall costs at $41.13 and $41.27, respectively. Those smaller regions with the least costly compensation were the East South Central region at $27.57 and West North Central at $31.29.

Overall benefit costs by region for private industry employers can be seen in this chart: 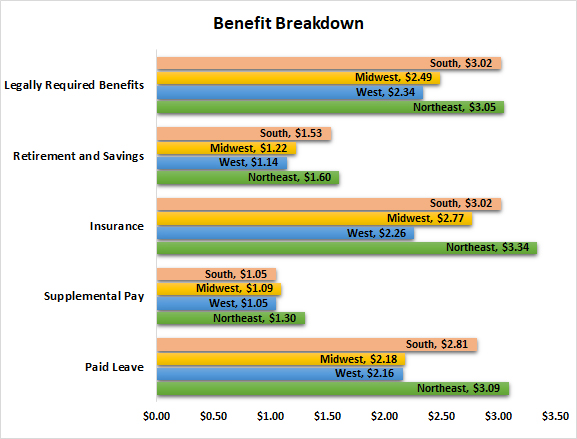 You can see the full results here: https://www.bls.gov/regions/southwest/news-release/employercostsforemployeecompensation_regions.htm.