When the U.S. women’s national soccer team (WNT) won the 2019 FIFA Women’s World Cup on Sunday, July 7, the stadium erupted into a unified chant: “Equal pay!” Indeed, the WNT is currently involved in a class action lawsuit with the United States Soccer Federation (USSF) claiming unequal pay. (For a legal breakdown of the lawsuit and some preventive tips, read more here.) 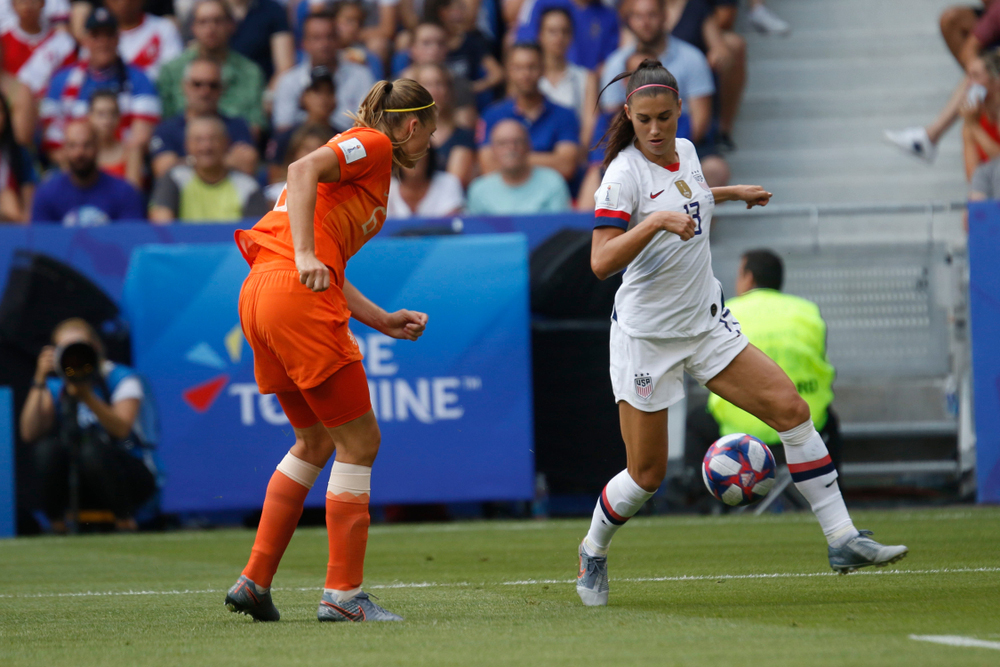 But does equal pay go far enough? If pay for soccer players was based on merit instead of “aggregate revenue generated by different teams” as the USSF claims, then wouldn’t the WNT deserve more pay than the men?

By all accounts, there are clear differences in how the WNT and the U.S. men’s national soccer team (MNT) are compensated. Calculating the difference in pay can be complex because of a number of differences between revenue generated by each team, World Cup bonuses, and other factors. However, there are drastic differences in the take-home pay between the men’s and women’s team. The Guardian estimates maximum earnings for female players after the World Cup at $260,869 and for men at $1,114,429.

The critical question is: Why is there such a massive difference? The answer to that question determines whether this disparity is illegal under the Equal Pay Act of 1963 or is justifiable based on other factors. So far, clarity on this issue has not been achieved. Many believe that gender pay discrimination is at work here—which would be illegal. The USSF, however, has stated that it pays the women’s and men’s teams differently based on “differences in aggregate revenue generated by different teams and/or any other factor other than sex.”

Whichever way you define “differences in aggregate revenue generated by different teams,” one thing is clear: The USSF does not want anyone to think it has to do with sex. What additional factors are at play seem to be left up to our imaginations because the factors could be “any other factor other than sex.” Perhaps, then, we should consider one of those other potential factors: merit-based pay.

Merit-based payment strategies (also known as pay for performance) can justify pay differences between workers with similar roles. If the USSF is looking for a reason, therefore, to pay the WNT and the MNT differently, they could turn to the merit exception to the law.

However, that would create one major problem for the USSF: The WNT has performed far better than the MNT since the inception of the women’s World Cup in 1991. Here’s an overview of how both teams have performed since then.

Based on the WNT’s merits, then, they should not only be paid equal to the men, but in fact, they should be paid much more!

The WNT has worked very hard to achieve its level of excellence. Many, including the audience at the final game, believe it should be compensated fairly. And really, that’s what is at the heart of merit-based pay: If you work hard, you should get paid more.

These principles work well in any organization. Simply put, merit-based pay helps employees understand their worth and see the fruits of their labors rewarded. However, this system is not without potential pitfalls.

One of the largest issues with a merit-based pay system occurs when your system has not tied pay increases to measurable performance. Such a system might be based on the subjective views of a supervisor. This can lead to legal challenges to pay increases should one or more employees feel they were unfairly compensated. Another issue that can arise is when factors outside of the control of an employee result in poor performance. A dedicated and hardworking employee might truly deserve a pay raise for his or her efforts, but those efforts might not be visible.

In the instance of the two U.S. soccer teams, who will set the differential in pay based on performance? Exactly how much better does one team have to be than the other to justify a pay difference, and to what monetary extent? Without a clear plan in terms of what determines pay, these types of arrangements can be difficult to justify.

We just do not know right now what the path forward may look like. But with a pay gap that large and a lawsuit on the docket, change is coming. What do you think it should look like?

Compensation is complex under the best of circumstances. Learn more about pay equality, merit based pay, and other aspects of pay grade structures on November 14th at HR Comply 2019 in Nashville, TN. This event will feature a break-out session titled, “Competitive Compensation Systems that Minimize Legal Risk: How to Master the Balancing Act” where attorney Elizabeth Bradley of Fortney Scott LLC and Rick Holt of Resolution Economics will discuss these topics.