We are at the halfway point of 2019—can you believe it? It feels like just yesterday that we were predicting the hottest jobs of the year, and now we’re already into July! Time flies when you’re sourcing and recruiting top talent. 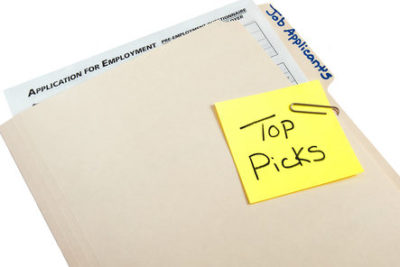 Earlier this year, Sudarshan Sampath, Director of Research at Payscale, predicted that the highest-demand job areas would be:

Were these predictions correct? For the most part, yes, finds the 2019 Monster Midyear Jobs Report.

Career site Monster® compiled data using the TalentNeuron tool from Gartner to determine the top jobs posted to Monster in the past 6 months, the top 10 companies hiring, and the 10 cities with the most jobs during that time frame to create its report.

Here, we’ll cover some of the top findings from the report, and Monster Career Expert Vicki Salemi will offer some guidance on how to recruit and retain talent for these hot jobs.

The Monster report finds that these are the hottest jobs being filled in mid-2019:

As you can see, a majority of these roles are heavily tech-related, which seems to be on par with the predictions that were covered in January 2019. Monster also looked at the locations in which these jobs were being filled, which include:

What is most surprising about these locations is the fact that Silicon Valley doesn’t make the cut, which goes to show that the tech sector is moving away from California and coming to a city near you!

“Employers can do several things to attract and retain workers for some of these roles,” says Salemi. “To attract these workers, they should leverage the job description and opportunities to market not only the role, but the company, to provide a complete picture of employment to jobseekers.”

“Ultimately, jobseekers are looking for the right fit with an employer and to different jobseekers, the right fit can mean different things,” she adds. “It can mean salary, job title, and opportunities for growth, as well as camaraderie, flexible work arrangements, and benefits.”

Salemi also says that the employer, too, is looking for the right fit in terms of not only the candidate’s technical skills but also the candidate’s soft skills to get along with the team, grow, and excel. “So, it’s important to keep this lens in mind while marketing job descriptions to show a comprehensive view of the company to potential new hires,” she advises.

“Another way to leverage attracting these workers involves video job descriptions,” suggests Salemi. “For example, Monster Studios provides employers with opportunities to create a video in which the job description, formerly a one-dimensional outline of responsibilities and requirements, can become more vibrant, more in-depth, and provide more comprehensive information about the company, its culture, and more.”

Salemi also suggests another way to attract workers, which involves being an excellent company to work for! She says that “reputations matter and when you pay employees fairly, have a timely, effortless recruiting process, and transparent leadership, it becomes a much easier ‘sell’ to your prospective employees.”

Once you’ve got these workers in the door, you must be proactive to retain them. “To retain workers for these roles, considering there’s a labor shortage, it’s important to be competitive,” says Salemi. “This can mean a competitive salary with occasional bonuses, offering flexible work arrangements, and perks at work beyond free lunch.”

Competitive pay and perks may be nice, but sometimes, employees leave for other reasons. It’s best to get to the root of the problem fast—workers may not be leaving because of the salary but rather because of poor management. “Employees typically leave jobs because of the boss,” suggests Salemi. “[N]ot because of the company and when they know they’re marketable and other companies will value their skills and experiences, if there is a ‘problem’ boss, address the boss and you may be able to keep turnover at bay.”

Salemi offers these additional tips: “Always build a pipeline. Keep conversations fluid with candidates so you have a steady bench. When employees resign, especially in tech, you’ll be able to tap into this candidate pool.”

There are no signs that tech-sector hiring will be slowing down anytime soon, and with unemployment being so low, employers must pull out all the stops to attract and retain talent at all levels and roles. So, be sure to keep Salemi’s tips in mind for hiring success throughout the remainder of 2019.