Three lawsuits against corporate retirement benefit plans involving the Employee Retirement Income Security Act (ERISA) have been, and a fourth may be, granted certiorari by the U.S. Supreme Court for its next term, a relatively large concentration of these cases in the High Court’s recent history of hearing ERISA matters. 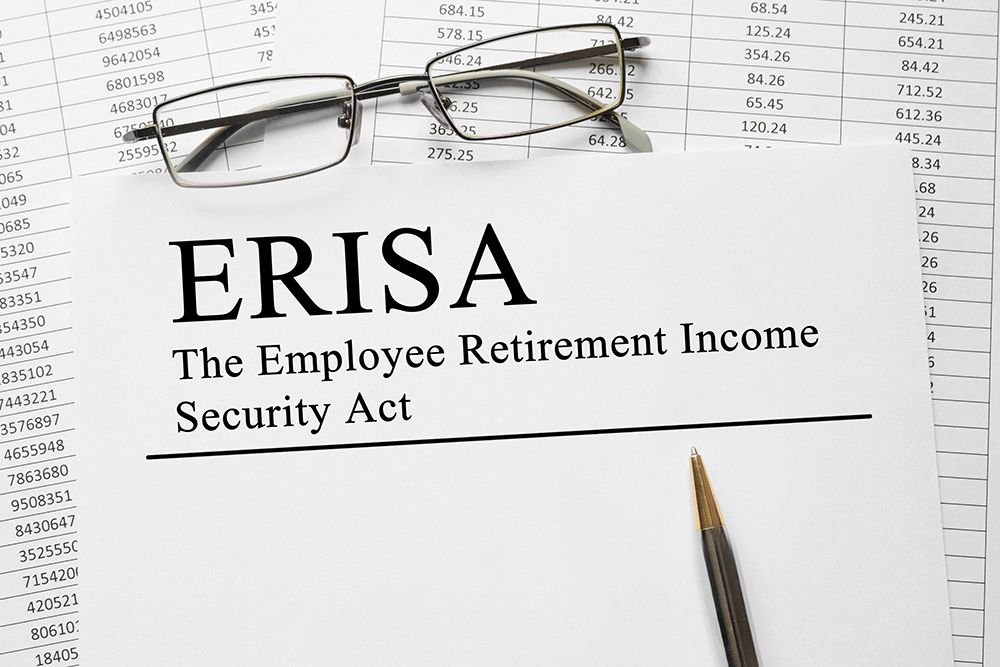 Here’s a brief summary of the cases and their potential importance for retirement plan practitioners.

On June 10, the Supreme Court agreed to hear and rule on a 2018 9th U.S. Circuit Court of Appeals decision about the “actual knowledge” standard contained in the statute of limitations for fiduciary breaches. This case is Intel Corp. Investment Policy Committee v. Sulyma (U.S. No. 18-1116).

Intel argued that the claims were barred by ERISA’s 3-year statute of limitations for fiduciary breach claims (ERISA Section 413(2)) because the plans’ disclosures about investments and fees gave participants “actual knowledge” of the breach. Sulyma had received emails directing him to documents about alternative investments being made by Intel more than 3 years before he filed this suit, giving him knowledge of the ERISA violation, Intel argued. The plaintiff’s lawyers said he chose not to read or could not recall having read the information.

The 9th Circuit reversed a federal district court decision in favor of the Intel plan, ruling that a plaintiff must be actually aware of the nature of the alleged breach.

The 9th Circuit disagreed with a 2010 decision by the 6th Circuit in Brown v. Owens Corning Investment Review Committee holding that the statute begins to run when the participants are given instructions on how to access plan documents, a lower standard for “knowledge.” The Brown court said Congress did not intend “the actual knowledge requirement to excuse willful blindness,” but the more recent 9th Circuit decision stated that requiring merely “constructive” knowledge was insufficient (Sulyma v. Intel, 909 F.3d 1069 (Nov. 28, 2018)).

By deciding this case, the Supreme Court likely will resolve the issue of what constitutes “actual knowledge” of an ERISA fiduciary breach.

Earlier in June, the Supreme Court agreed to consider another ERISA retirement plan case involving pleading standards in a fiduciary breach lawsuit. In Retirement Plans Committee of IBM v. Jander (U.S. No. 18-1165), the High Court took on the task of deciding whether the “more harm than good” pleading standard it established in the 2014 Fifth Third Bancorp v. Dudenhoeffer decision (573 U.S. 409) can be satisfied by generalized allegations that the harm of an inevitable disclosure of an alleged fraud increases over time.

The IBM suit is an appeal of a 2nd Circuit ruling in 2018 that reversed dismissal of the plaintiff’s claim in an employer stock drop case (Jander v. IBM, 910 F.3d 620 (Dec. 10, 2018)). Most federal courts since the Dudenhoeffer decision have found that plaintiffs have not met the high standard for pleading that it established for stock drop cases.

In the certiorari petition for IBM v. Jander, the company and other petitioners argued that the 2nd Circuit’s holding resulted in a clear circuit split that, if allowed to stand, would completely undermine Dudenhoeffer, allowing almost any plaintiff to plead around that precedent just by making generalized assertions that delayed disclosure by plans would be more harmful than early disclosure

This case, granted certiorari on June 28, comes from the 8th U.S. Circuit Court of Appeals and addresses standing for defined benefit plan participants to bring breach-of-fiduciary-duty claims. In Thole v. U.S. Bank (No. 17-1712), the Supreme Court called for an opinion from the U.S. Solicitor General’s Office, which in turn recommended that the Court accept it to consider whether a pension plan participant has statutory standing to bring a fiduciary breach claim when he or she has not suffered a loss because the plan is overfunded.

The Solicitor General also recommended that the Supreme Court take on the issue of whether the Thole plaintiffs have Article III standing in such a case, and it will do so.

The 8th Circuit in 2017 upheld a dismissal by a federal district court, which had found the case was now moot, but reasoned instead that if a participant was not financially injured, then he or she was not a member of the class of plaintiffs that Congress intended to be able to sue—and therefore did not have standing (Thole v. U.S. Bank, 873 F.3d 617 (Oct. 12, 2017)).

By focusing on harm to the plan, the 8th Circuit “addressed hallmark issues of constitutional standing in a decision that it said was based on statutory standing,” observed Heather Mehta, an attorney with Greensfelder, Hemker & Gale PC, in a recent blog post. She suggested the Supreme Court could have added the Article III issue for its review to help clear up this confusion.

Given the depth of the circuit split here and request for the Solicitor General’s opinion, it seems likely the Supreme Court also will decide to resolve this burden-of-proof issue vis-à-vis ERISA plan fiduciary duties.