On July 7, 2019, the U.S. women’s soccer team won its second consecutive World Cup championship and its fourth world championship overall. The team used the win as another opportunity to protest what it perceives to be pay discrimination. Since filing its equal pay lawsuit last March, it seems the team has been in a perpetual state of protest, claiming that women players receive less money than the U.S. men’s soccer team, despite having a better record. 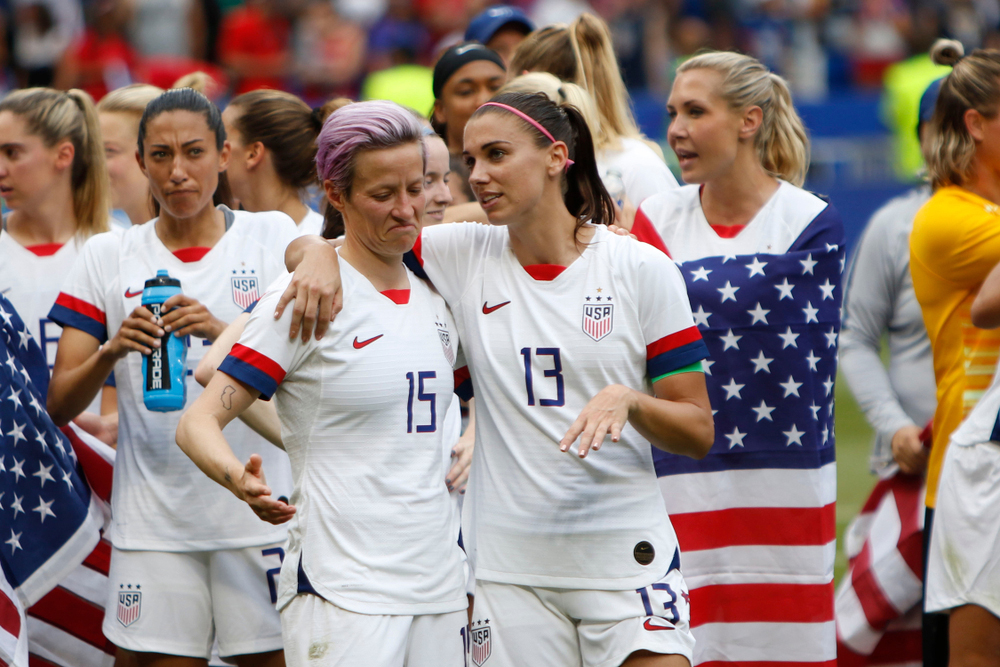 As a management-side employment lawyer, I question the legal substance of the arguments underlying the lawsuit, considering that 2 years ago, the union representing the women’s team negotiated for a collective bargaining agreement that guaranteed the team would receive the pay structure that it now condemns as discriminatory. Unfortunately, this is not my case to litigate, but I do empathize with the formidable challenge facing the U.S. Soccer Federation as it tries to remain above the fray while the women’s team—most notably its captain-agitator Megan Rapinoe—maligns the Federation as sexist on a global stage.

A large part of my practice as an employment lawyer is counseling HR professionals and managers on how to handle their own workplace Rapinoes while avoiding further accusations of mistreatment. My sage advice? It ain’t easy. As employers, you must walk a perilous line between defending your organization against allegations you believe to be meritless (if not blatantly false) and avoiding a claim of retaliation. Here’s what you need to do:

Retaliation claims are the most prevalent types of claims brought before the Equal Employment Opportunity Commission (EEOC) and the easiest to prove. In fact, employees who sue for retaliation frequently prevail in court, despite failing to prove that the underlying conduct in question was, in fact, discriminatory. According to the EEOC, to avoid retaliation claims, employers should first understand their legal obligations. Specifically, it is illegal to retaliate against employees or applicants for engaging in the following forms of protected activity:

Employers should also ensure that their antidiscrimination and antiharassment policies explicitly inform employees that they will not be retaliated against for bringing such complaints to management’s attention. In addition, all employees (including managers) should be trained on the organization’s antiretaliation policy and reminded of their rights and obligations under the policy regularly.

To prevent retaliation claims, make sure you act in accordance with past practices and that you can articulate a legitimate basis for the adverse action that has nothing to do with the complaint before you discipline an employee who has reported discrimination. The EEOC recommends that you ask yourself the following questions before making an employment decision that may negatively affect such an employee:

If the answer to any of these questions is “yes,” or if your decision is inconsistent with your past behavior or your policies, you must be able to justify why you are treating this employee differently.

Although rife with risk, there are limited circumstances when disciplining an employee for the form, but not the content, of his or her speech has been found lawful. For instance, courts have found that conduct that disrupts other employees’ ability to do their jobs or results in a loss of mutual trust and confidence between the employee and the employer may lose its protected status. When it comes to proving that an employee’s conduct is unreasonable, however, you must be able to overcome the inference that retaliation is the true motivation behind your proposed disciplinary action. Perceived disloyalty toward your organization or an employee’s supervisor—without more evidence—will not be enough to refute a claim of retaliation.

Lastly, before taking any adverse action against an employee who has made allegations of discrimination or other mistreatment, seek guidance from your employment law counsel.

Congratulations to the U.S. women’s soccer team on the World Cup victory. May justice prevail in the ongoing lawsuit, and good luck to all of you in the HR trenches.