We’ve previously written on the subject of superfluous internal reports and the excessive amount of time companies put into them. Meetings are also frequently accused of being wastes of time and inefficient. Indeed, many people may not realize how much time they spend in meetings. 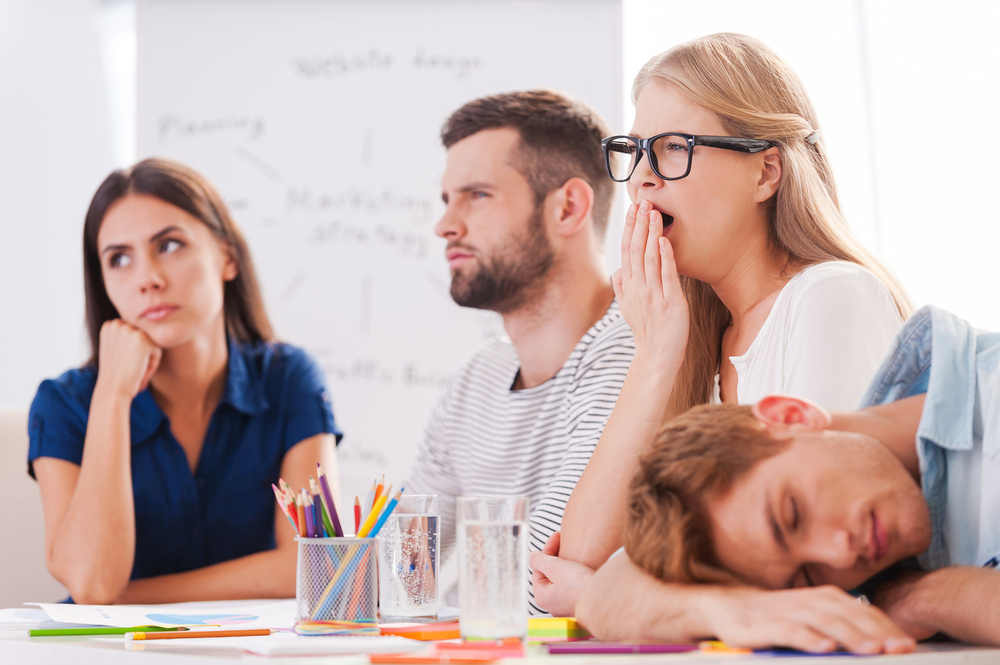 An article in The Muse asks, “What percentage of your time at work do [you] spend in meetings? If you’re a middle manager, it’s likely about 35% of your time, and if you’re in upper management, it can be a whopping 50%. What’s worse is how unproductive these meetings usually are.”

This point is well taken. Meetings too often are extremely unproductive. This is especially true of recurring meetings that are held through force of habit and without any real need.

Think about a company that holds a weekly Monday morning meeting for its operations staff of 50 people. If we assume that meeting runs for 30 minutes and the hourly value of an average operations employee is $200 per hour (the value of that time to the company as opposed to that employee’s hourly wage), that comes out to a cost of $5,000 per meeting.

Is it really worth that? Could the same information be conveyed in a weekly e-mail?

There is a problem in corporate environments regarding excessive time and resources spent on meetings. But the problem isn’t as simple as the concept of a meeting itself. The problem is that meetings are often inefficient and riddled with distractions.

3 Reasons Why Meetings Are Unproductive

While there is certainly a time and a place for business meetings, the meetings we hold and attend are not always as productive as they could be.

This doesn’t necessarily mean that these meetings shouldn’t be held in the first place. Just because the meeting doesn’t succeed in reaching its objective doesn’t mean the objective isn’t valid. Instead, we should consider the factors that are making our meetings less productive than they could be. Here are three big ones:

1. Multitasking. We’ve all seen it, and we’ve all done it. With so much going on every day at work, it’s easy to let ourselves reply to a few high-priority e-mails while we sit in on a meeting. But even though meeting participants do have other responsibilities and priorities, failing to get everyone to focus can completely derail a meeting.

2. Remote participants aren’t engaged. Telecommunications technology has come a long way in facilitating work among distantly located coworkers. But it’s still not quite the same as having everyone in the same physical location. Even assuming remote participants aren’t doing their own thing on the other end of the conference line while those on-site engage in the discussion, a great deal of communication happens nonverbally, and those who are remote may not be fully engaged.

3. Lack of planning and structure. It’s easy to blame unproductive meetings on the attendees for multitasking or not being as engaged as they should be. But far too often, meetings fail because of poor planning, structure, and preparation from those hosting them.

So, When Is a Meeting Still Useful?

It’s important to reiterate that we aren’t by any means saying that there is never a time and a place to hold a meeting. Rather, we’re saying that meetings are often held unnecessarily and run unproductively, even when they are necessary.

Here, are some situations when it does make sense to hold meetings.

Need for real-time discussion. A lot of discussions for which meetings are held can be facilitated simply through e-mail without having to find a time that fits everyone’s schedule. But meetings can be extremely useful when holding a discussion via e-mail and having to wait for people to respond back and forth just aren’t as effective. Meetings facilitate real-time discussion and can help get the commitment and sign-off of multiple people at once.

Problem-solving. Relatedly, some problems simply need to be tackled by the brainpower of a group of people working through it together.

Need to “sell.” Sometimes, a meeting is crucial for “selling” something internally. We’re not talking about a sale in the traditional, financial sense of the word but rather the concept of persuading a group of internal stakeholders that a presented course of action is the right one. This can be very difficult to do outside of a real-time presentation and discussion setting.

Meetings can be a significant drain on company resources and time, but that doesn’t mean they should never be held. It’s important to consider the motivation behind meetings and make sure they serve a valuable purpose as opposed to just being something one schedules out of habit.

3 Questions to Ask Yourself Before Scheduling a Meeting

Before you decide to schedule a meeting there are three questions every employee should ask, which are outlined here.

1. Is this meeting really necessary? First and foremost, before committing yourself and others to 30 minutes, an hour, or more, make sure you really need a meeting. Many companies have recurring meetings that have long since lost their usefulness. Others schedule meetings even though an e-mail or a walk to a colleague’s office would suffice.

2. Who really needs to be there? Not everyone who has a tangential stake in a meeting needs to be in attendance. It rarely makes sense to invite employees simply to “keep them in the loop.” That’s what meeting minutes are for. Focus on attendees who can contribute meaningfully to the discussion and those from whom buy-in and consent are needed for key decisions.

We spend a significant percentage of our workdays in meetings, and that percentage grows when we move higher up the corporate ladder. A shocking amount of that time is simply wasted by unnecessary or unproductive meetings.

Hopefully, by reading the information outlined above, employees and managers will have a better sense of when a meeting is not necessary and how to make it more productive and effective when it is.