For most of us, the traditional 9–5 workweek is normal and so ingrained in us that we don’t question it. For some businesses and their employees, however, there has been a shift to more flexible working patterns. Today, you’ll find working from home and compressed hours are regular occurrences. But what does the perfect workweek look like according to workers? 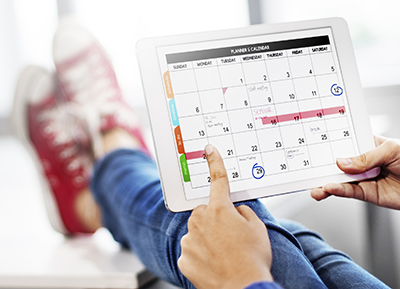 Office furniture and stationery supplier Viking recently surveyed 1,677 British full-time office workers to find out what they want their week to look like.

One of the clearest takeaways from the research is that workers would rather work longer days and have a shorter workweek. Only half of the respondents want to work on Friday, with 72% wanting to work on Monday. Tuesday (93%), Wednesday (93%), and Thursday (91%) were the days the most people wanted to work, showing that an extended weekend is a preference for many.

To make up the lost hours in a shortened workweek, respondents said they’d rather fit those hours into other days and work 10 hours on Tuesday and Wednesday and just over 9 on Monday and Thursday. This would mean starting the workday at 8 a.m. and clocking out at 6 p.m. on some days.

Of course, this wouldn’t work in every business. Certain customer-facing roles need staff to be present 5 days a week, meaning that businesses would have to consider offering a 4-day week on rotation.

The traditional lunch break may be something we’ve all become accustomed to, but do employees really want to take the full hour? Well, according to the survey, 65% would rather take a break that’s less than a half hour, while less than 5% said they wanted to take the entire hour to recharge.

For businesses, it’s important to find a happy medium so employees can have a suitable break and socialize with colleagues but not feel compelled to take too much time out of their day. This can have a positive effect both socially and on employee health.

Although it may not work in every business, offering employees the freedom to make their own decisions regarding when they take lunch and for how long could have huge benefits. Place trust in your employees by giving them the power to control their day. Over time, this should generate positive feelings—but make sure you don’t open the door to violations of state-mandated lunch breaks.

Working Out of Office

With access to technology such as virtual private networks (VPNs) and the use of online communications and cloud-based technology, working remotely is now easier than ever for employers to facilitate.

Depending on your industry, it can be easier or harder to facilitate a work-from-home policy. Some roles require staff to be in the office, either to work as part of a team or to interact with customers, making it impossible to work anywhere else.

Those working in marketing and PR (75%) and publishing (83%) wanted most to work from home during a portion of the week. For those who can work away from the office, the relaxed atmosphere can help to increase productivity and improve results.

What Are the Effects?

For both employers and employees, the benefits of changing the workweek could be significant. When it comes to productivity, 61% of respondents said that a change in working hours would increase their input in the workplace, and 51% said they’d feel more motivated.

But the benefits extend beyond improvements to work: One in seven (70%) workers said he or she would feel happier if there were positive changes to the workweek, which is aided by 65% who think that having more control over their workweek would help reduce stress and anxiety.

Changing the workweek and moving away from the long-established 9 to 5 might seem like a huge move for any business, but the benefits make it worthwhile. It’s important to remember that the makeup of a workweek depends on several factors that are different for every individual and business; having open and honest discussions with employees is the best way to find a balance that suits everyone.