Work can be stressful, particularly when the stakes are high. While conflict is uncomfortable, it can also be productive and, at times, even necessary to help drive progress and break through impasses. But not all conflicts are created equal. 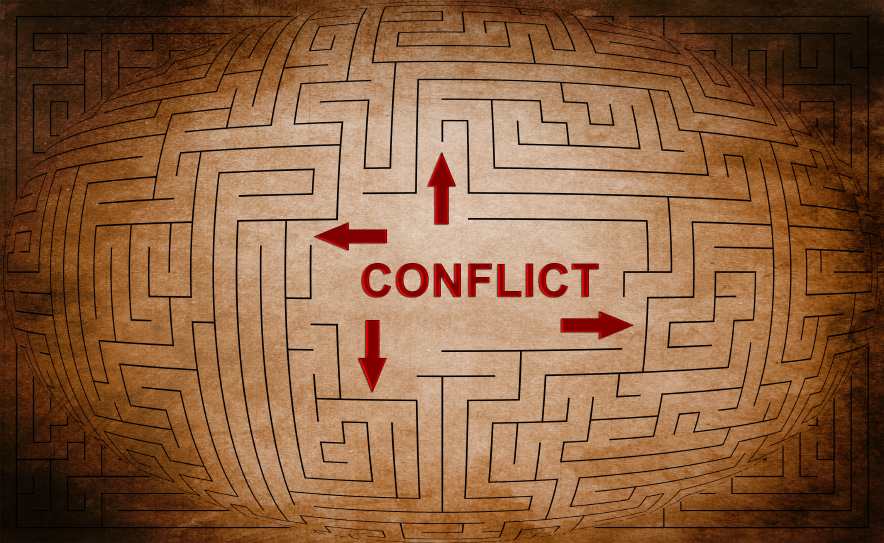 Some conflicts are driven more by personality or personal agendas as opposed to different visions of what’s best for the company and how to move in those directions.

Understanding the source of conflict is key to resolving and even preventing it. Here we explain the five common types of workplace conflicts—as discussed by the University of Maryland—Eastern Shore (UMES)—and how you can prevent conflict in your workplace.

Interdependence conflicts arise when one employee’s job depends on the cooperation, input, or output of another employee. These can also manifest at the department or business unit level. For example, an operations team could find itself in a difficult position based on the commitments made by a sales team.

Even when two employees agree on the proper direction for an organization, they may differ on the appropriate approach due to differences in work styles. One may prefer to follow specific instructions, for example, while another may prefer the flexibility of tackling a project on his or her own.

Of course, there is no place in the office for conflict driven by animosity toward others based on their ethnic, religious, or other background. But, even if blatant discrimination isn’t a factor, conflicts may arise among people of different backgrounds due to differences in their perceptions of the world around them and their experiences.

In any industry—from sports to the military to the government to business—there are many different leadership styles. Not all employees work well with certain types of leaders, and this can result in conflict within departments.

“These types of conflict in the workplace are often fueled by emotion and perceptions about somebody else’s motives and character,” says the UMES paper. Though there may be no legitimate business reason for disagreement, personality clashes can lead to conflict, similar to the conflict caused by differences in background.

Some conflicts have legitimate, company-centered motivations and can be harnessed to improve the business. Others are driven by less constructive motivations and should be avoided whenever possible. Understanding the types of conflicts is an important first step in managing conflict in general.

Conflict is a fact of life in many organizations. When staff members are under tight deadlines, working with limited resources, or facing other pressures, it’s natural for conflicts to emerge. While a lot of time and energy are put into resolving conflicts once they emerge, it’s also possible to prevent many conflicts before they even occur.

Now that you understand the common sources of conflict, you’ve taken a key first step in preventing it from happening because this understanding will help you discover potential pressure points and fault lines.

Universal Class suggests that relationship building can be an effective way to avoid conflicts within an organization. As we discussed above, two of the major sources of conflict are personality clashes and differences in background.

Fundamentally, these relate to people’s lack of understanding of each other. Investing time in social- and relationship-building activities can help create a more robust sense of community and increased empathy in the office.

Another set of common conflicts has to do with differences in working and leadership styles. While we don’t encourage companies to mandate particular styles—employees should have latitude to work in the way that’s most effective for them—there are certain conflict-inducing behaviors that should be clearly proscribed.

For example, yelling in meetings, finger-pointing, and personal attacks are all examples of behaviors that aren’t constructive and are likely to cause conflict.

The ability to quickly and effectively respond to and resolve conflicts is important in any organization. But wouldn’t it be great to avoid those conflicts in the first place?

To some extent, this is possible. It’s important to keep in mind, however, that it is virtually impossible to avoid any conflict in the workplace. That being said, any opportunity to avoid unnecessary friction should be explored.

The Workforce L&D 2019 session “Management Training to Foster Civility and Respect—and Banish Cultural Negativity” will offer insights on how to address conflicts and incivility before they snowball out of control. Workforce L&D will be held in Nashville, Tennessee, November 14–15. Click here to learn more or to register today.