I have a retired friend who unretired himself for a part-time job. The job requires attention to detail. The office in which he works, however, plays music constantly. It just so happens the agreed-upon station plays the classics he grew up listening to, and now he can’t stand the sound of any of them. 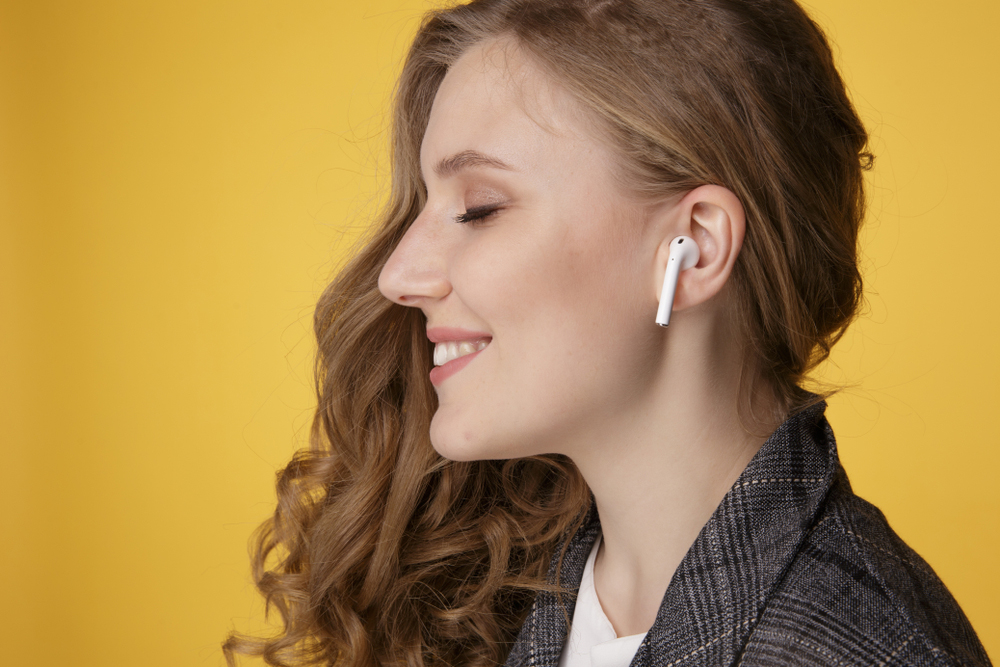 His solution—Bose Noise Masking Sleepbuds™—which I must say are pretty neat. But it got my little lawyer brain thinking, what are the potential ramifications to an employer for permitting the use of earbuds (my catch-all phrase, which includes headphones and similar devices)?

Backdrop: Evolution of the Office

Here’s a little somethin’ somethin’ for your next Trivia Night: The cubicle was invented by Robert Propst and was introduced to the workplace in the 1960s. Before that, you were either lucky enough to have four walls and a door, or you worked shoulder-to-shoulder in an open space.

Propst hoped to maintain an open workspace and reduce noise and distractions with his customizable, acoustic paneling. Much to his dismay, what he created was the cubicle farm. It’s the reason I turned from accounting to the law—I wanted walls.

Fast-forward a few decades, when the open plan office takes off, and we’re back to just desks. The open plan’s main selling point has been increased collaboration, which promotes a sense of loyalty, camaraderie, and expansion of ideas. But we’re finding that people miss the benefits of privacy, particularly the ability to focus. The work-around for the constant distractions has become the earbud.

Pros vs. Cons: The Human Factor

This is not just about Millennials. My friend is a Baby Boomer. And there are plenty of folks in between who believe they’re more productive when they wear earbuds that block out the distractions. The devices may be especially helpful for workers performing solitary tasks (like cleaning the building after hours) or repetitive chores (like filing), particularly if their accuracy won’t be affected.

Otherwise, there’s no such thing as true multitasking. A good example: texting and driving. Perhaps a better example for my purposes here would be if you’ve ever found yourself jamming out to “Stayin’ Alive” and look down to see the needle kissing “80 mph goodbye.”

Blocking out the distractions caused by coworkers and office noise is a legitimate benefit for employees, particularly those facing a deadline. When the buds go in, it’s a universal sign that “I’m not to be disturbed—leave the chit-chat and nonurgent questions for later.”

Music is something many people find calming, so the ability to listen to it at work may benefit the overall mood and morale. It may even help to keep your employees awake at their desks. Lessening stress is certainly good for them and beneficial to the bottom line.

On the flip side, if you can hear the music, podcast, or audible book seeping out from your coworker’s earbuds, you may be annoyed and distracted. There’s also a widespread perception, and I would hazard to say this is more likely held by those older than Millennials, that wearing earbuds at work is rude. I walked past a stocker at Walmart the other day and was annoyed because he had his earbuds in. I felt I couldn’t approach him with a question, and that’s not how you want your customers to feel.

All of which segues into another problem with the earbud: How do you build rapport at work? If you’re not listening to what’s going on around you, you can’t build relationships. Suppose the boss is looking to bounce ideas off of someone—who gets approached?

If you’re the boss, are you testing the ideas out with the right person? And how do you manage the employees? Are they working, playing, avoiding work, or eavesdropping? When their ears are plugged, you have no way to know.

So maybe you’ve considered implementing a headphone policy in your handbook. That sounds like a good idea. You can require employees to keep the volume low and one ear free at all times. You can prohibit “noise-canceling” headphones. The question is: Are you creating unenforceable rules? We employment attorneys like to hammer into our employers that you shouldn’t have a policy you don’t or can’t enforce. It can create real problems down the line.

Another concern could relate to the content the employees are patronizing. Suppose the songs have explicit lyrics and can be heard by coworkers (after all, “low” volume is subjective, and one free ear means a small speaker is left dangling). Can the scenario create a hostile work environment? Maybe, maybe not—but it certainly could be evidence supporting such a claim.

Some workplaces offer instant messaging, which could be used as a tool to combat the negatives of earbuds at work. It allows for informal chatting among coworkers, which can foster your workplace culture. It’s also just another form of evidence that can/will be requested during a lawsuit. And, unlike with Facebook Messenger, we’re talking about you are (or should be) monitoring.

I’ve saved the biggest concern for last: safety. While you might be thinking about a factory floor or production line, safety in the office setting is important, too. Under the General Duty Clause of the Occupational Safety and Health Act (OSH Act), you must provide your workforce with a safe workplace. Earbuds may interfere with employees’ ability to hear the fire alarm. If someone just outside an employee’s line of vision chokes, has a seizure, or calls for help, your employee may miss it.

The Occupational Safety and Health Administration (OSHA) has ear protection standards, both industry-specific and general (see 29 C.F.R. Â§ 1910.95). Annually, more than 20 million employees are exposed to potentially damaging noise at work, and OSHA has issued hundreds of thousands of dollars in related penalties as a result. More than $242 million is spent annually on workers’ compensation claims for hearing loss. So, where do earbuds fit in?

According to OSHA, employees must wear ear protection at 85 dBA (on an eight-hour weighted average) with a maximum exposure of 90 dBA. Earbuds could easily meet and exceed that standard (if my teenagers are any gauge of this). Do you have a hearing conservation program in place? Are you measuring the decibel output of your employees’ earbuds? Are you conducting annual audiograms? If the results show hearing loss, are you on the hook? Those are important questions to consider, and not all of them have been answered.

In terms of risks on the factory floor, the use of earbuds can interfere with your employee’s ability to hear warning sounds or emergency instructions. If your worker operates vehicles, the ability to hear cues in the environment is vital to safety.

The decision to permit earbuds in the workplace isn’t to be taken lightly. Setting aside hearing loss for the moment, if physical safety is at issue—like on your factory floor—an outright prohibition is the smart thing to do. People get that, so you probably won’t have to offer any explanation for the decision.

In the office setting, however, you might see some pushback. To get buy-in, have an open conversation with your employees to talk about both sides of the issue. If you’ve determined you can comply with the OSH Act and permit earbud use, then you should set some rules:

You’d be well-advised to obtain expert assistance to guide you through the OSH Act standards. Otherwise, you might just get an inspection and an earful from your friendly, neighborhood OSHA inspector.