The national unemployment rate is below 4%. So who’s complaining all of a sudden? Employers are. Where are employers going to find qualified workers to hire as their businesses grow? 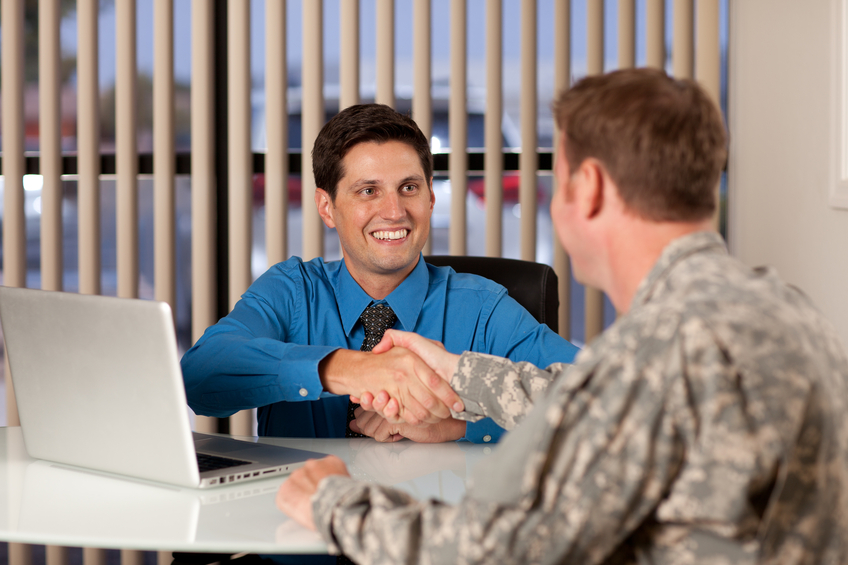 Recently, in the space of a week, I heard two different business owners lament the shortage of qualified job applicants in their respective industries. And yet when I suggested looking at veterans, those business owners were wary.

They both brought up common concerns about hiring veterans, which I’ve since learned are unfounded and unsupported by the evidence. Moreover, the same research shows there can be great advantages to employers that actively look to hire veterans.

Myth No. 1: Veterans Are Chronically Unemployed

So while there are smaller groups of veterans who disproportionately suffer unemployment—primarily, female veterans and post-9/11 veterans younger than 34—the majority of veterans are working and staying employed.

Myth No. 2: All Veterans Suffer from PTSD

In New Mexico, 15.2% of all residents report that they have a disability. Twenty-eight percent of post-9/11 veterans, whom the U.S. Department of Labor (DOL) calls Gulf War Era II veterans, report a service-related disability, compared to 18% of veterans who didn’t serve during Gulf War Era II. Yet even 75% of post-9/11 veterans with a service-related disability are in the labor force. The younger the veteran with a disability, the higher the unemployment rate, but that’s true among all young people in the United States.

The rate of disabilities among post-9/11 veterans is interesting when it’s compared to the nonveteran population. It shows that one of the most common disabilities suffered by veterans—posttraumatic stress disorder (PTSD)—is by no means confined to veterans. According to the National Institutes of Health (NIH), 7.7 million Americans deal with PTSD in any given year. PTSD ordinarily arises after someone is exposed to an unexpected distressing event.

The U.S. Department of Veterans Affairs (VA) estimates that in the last 12 years, 500,000 veterans have dealt with PTSD, and many of them have received appropriate treatment. Thus, the vast majority of PTSD cases actually occur in the nonveteran population. As an employer, you are more likely to encounter an employee with a diagnosis of PTSD among your nonveteran employees rather than among your employees who are veterans.

Myth No. 3: Veterans Cannot Adapt to the Corporate Culture

The two common denominators in strong workplaces are teamwork and effective communication. Not surprisingly, those two attributes are highly emphasized in the military environment.

The military is an incredibly diverse place, with recruits from all walks of life and from across the United States and its territories. Basic training is designed to teach military personnel to think about the group and the mission they are tasked with accomplishing, not about themselves as individuals. In a relatively short time, military training translates into teamwork and the unified will to accomplish the task at hand.

Leadership is emphasized at all levels in military training. Every servicemember learns the value of following orders, but members are also encouraged to become leaders and practice initiative and problem solving. Teams are trained to accomplish the mission, in combat or in one of thousands of noncombat occupations, and to get it done with the resources at hand.

All of that translates into transferable corporate workplace skills—being able to work as part of a team, recognizing and following leaders, taking initiative, assigning tasks, communicating effectively within the team, and ultimately accomplishing the assigned goals. What more could you ask for in an employee?

Myth No. 4: Movies and TV Accurately Portray Veterans Since 9/11

Many Americans carry the perception that veterans, especially those who have served since 9/11, are broken and damaged. A recent study revealed that the entertainment industry plays a key role in that cultural perception.

Veterans on TV shows and in movies tend to be portrayed as either people with extensive mental and physical health issues or as heroes who act more like superheroes than ordinary civilians. The study also revealed that the entertainment industry almost uniformly fails to portray veterans as everyday Americans who contribute to their communities—in other words, most ordinary Americans.

Cultural perceptions can influence decision makers, especially when they’re making hiring decisions. The truth is that veterans are so varied—women and men, people who are quite self-disciplined and others who are not, hard workers and people who need the structure of a regulated workplace—no description can begin to encompass any diverse group of them. Veterans’ groups repeatedly emphasize that their members are not drones that fit within stereotypes. They are as varied as any other group of potential employees.

Myth No. 5: Hiring Veterans Can Help the Bottom Line

This “myth” is actually true. The U.S. government allows businesses, including some nonprofits, to claim tax advantages when they hire certain veterans. For example, if a business hires a veteran who is receiving short-term or long-term unemployment benefits, the current tax law offers it the possibility of claiming tax credits based on the wages it pays the veteran. Similarly, employers that hire veterans with a service-connected disability may qualify for wage credits.

Like all tax credits, the qualifying details are very important and will govern which tax credits a business may claim. The laws are very specific, and each hiring situation is unique. Employers that are considering hiring veterans are strongly encouraged to discuss the potential tax credits with their tax and accounting professionals.

This article isn’t meant to be an infomercial. But while I was researching the New Mexico Department of Workforce Solutions’ Workforce Innovation and Opportunity Act (WIOA) State Plan for fiscal year 2018, these interesting unemployment statistics involving veterans jumped out at me. That led me to remember the discussion about hiring veterans I recently had with two business owners and the misconceptions they, and even I, once held.