Phish, an American rock band founded at the University of Vermont, has garnered critical acclaim for its musical improvisation skills and extended instrumental sessions during its live performances since its 1983 formation. Despite several hiatuses, the band has continued to enjoy a devoted fan base willing to travel extensively for live performances and eagerly trading concert recordings like highly sought-after baseball cards. 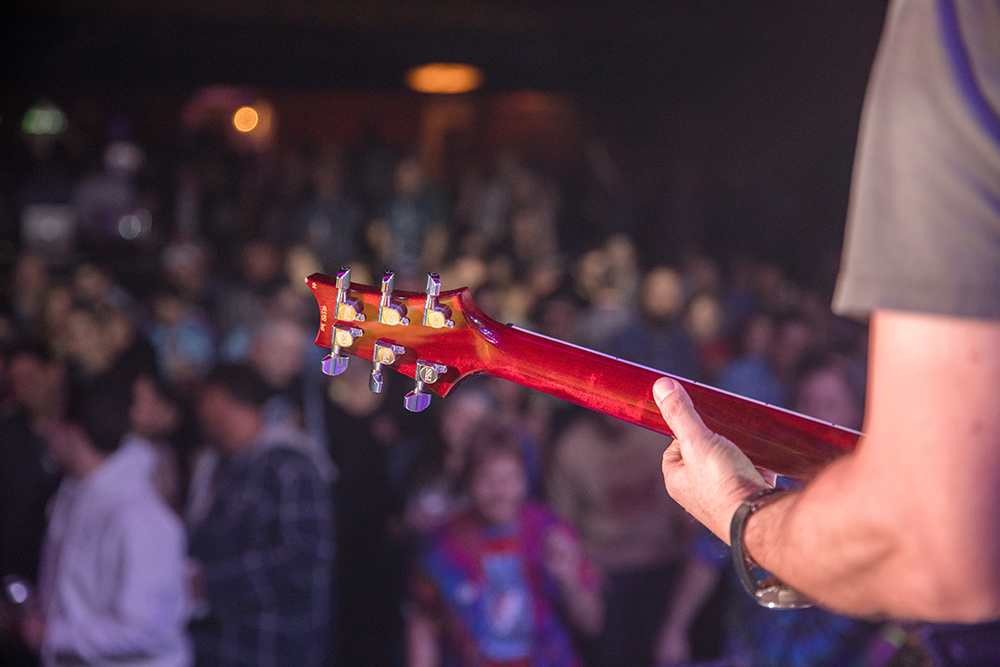 While Phish has built an impressively long musical catalogue over the decades, few songs have generated as much hype and mystique as the band’s song “Carini” (also known as “Lucy Had a Lumpy Head”). The song reportedly debuted at Phish’s Amsterdam show in 1997, and it has evolved considerably over time. The lyrics, which have changed periodically, include:

The fact that the band’s drum tech/engineer was named Pete Carini led to many fan theories about the origin and intended meaning of the song. Some have speculated that the song makes fun of Carini, while others insist that the lyrics were actually inspired by an obnoxious fan who made quite a scene after she was asked to move during a concert. However, the Carini connection appears supported by the facts that he once had to wrestle a naked fan offstage, and lead singer/guitarist Trey Anastasio has referenced him in relation to the song during concerts and interviews.

Not Everyone Is as Relaxed as a Phish

While Carini does not seem to mind the notoriety, making public statements (especially when the statements are less than flattering) about employees can sometimes land employers in hot water. Granted, such statements do not normally occur during rock concerts in front of legions of cheering fans. The more typical scenario arises when employers receive reference requests from former employees.

To avoid potential defamation and other claims, many employers have instituted neutral reference policies. These typically state that the employer only provides neutral information, such as dates of employment and positions held, in response to any reference requests. Neutral reference policies also typically advise employees to direct reference requests to a particular person, such as the director of Human Resources, to ensure reference requests are handled consistently and according to the relevant policies. Keep in mind that a growing number of jurisdictions prohibit potential employers from inquiring about applicants’ pay history.

As for Phish, even if the song were making fun of Carini, he appears to be in on the joke. Carini has repeatedly appeared on stage over the years while the band plays the song, and the crowd goes wild for him. The song continues to be a fan favorite, and the mystery lives on. Meanwhile, employers would be wise to avoid negative statements about departing employees, even if they do have lumpy heads.