Within the past week or so, I started to watch an Amazon Studios television series called The Boys. Based on a comic book series of the same name, The Boys posits a world in which superheroes—referred to as “supes”—exist and are in the employ of global conglomerate Vought International. 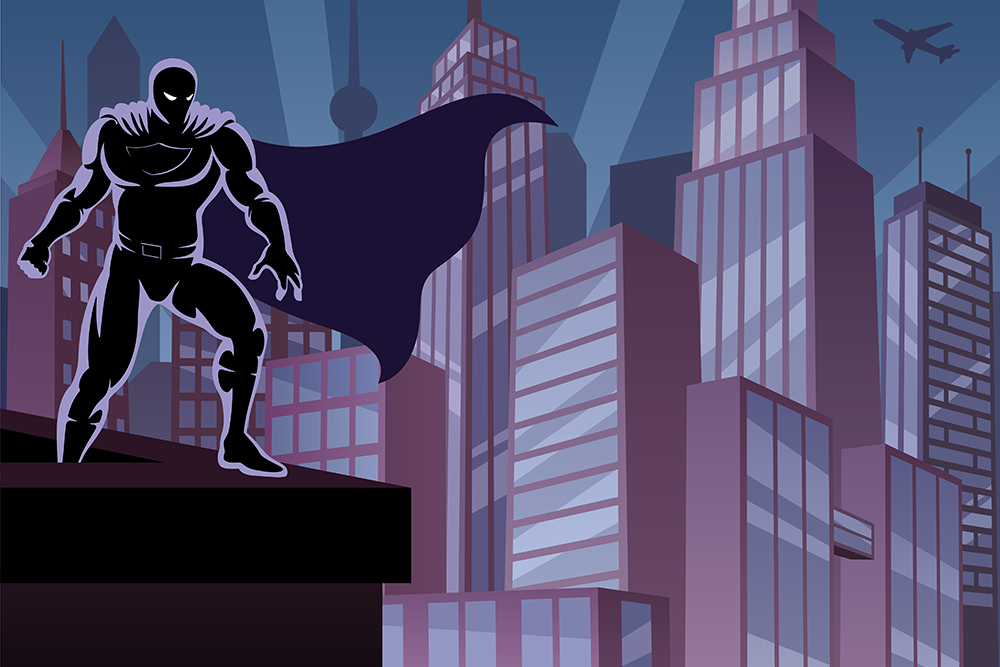 The centerpiece of Vought’s superheroes is a group called The Seven (see DC Comics’ Justice League), which consists of seven superheroes, including versions of Superman (Homelander), Wonder Woman (Queen Maeve), Aquaman (The Deep), and The Flash (A-Train). Vought monetizes its superheroes—most prominently The Seven—by engaging in a range of activities, from licensing them out to governmental entities for law enforcement and national defense purposes to featuring them as heroes in blockbuster films.

At times, the supes’ use of their powers leads to unintended injury (or death) for regular folks like you and me (so much so that there are support groups for superhero collateral damage survivors who have been permanently injured by superheroes attempting to “help” them). Even worse, members of The Seven abuse their power at times and intentionally engage in harmful conduct, using their status and abilities to cover their tracks. The (titular) Boys—led by Billy Butcher—are skeptical of these supes and seek to expose their wrongdoing.

In the series premier of The Boys, A-Train—while high as a kite on a drug called Compound V that has steroid-like effects—accidently runs through Hughie Campbell’s girlfriend, Robin. Robin explodes and dies, which leads Hughie to join Butcher and become one of The Boys. Vought attempts to have Hughie release any claims he may have against A-Train and the company, which raises the following question: To what extent is Vought legally responsible for damage caused by its employee superheroes?

How Responsible Are You for Damage Caused by Your Employees?

Legally, employers can be vicariously liable for their employees’ actions. As noted by Cornell Law School’s Legal Information Institute, the legal doctrine of respondeat superior “holds an employer or principal legally responsible for the wrongful acts of an employee or agent, if such acts occur within the scope of the employment or agency” (emphasis added). Furthermore, “when respondeat superior is invoked, a plaintiff will [typically] hold both the employer and the employee liable.”

In Mary M. v. City of Los Angeles, a 1991 case, the California Supreme Court wrote that respondeat superior “is based on a deeply rooted sentiment that it would be unjust for an enterprise to disclaim responsibility for the injuries occurring in the course of its characteristic activities.” The Court went on to outline the following three reasons for applying the doctrine: (1) to prevent recurrence of tortious conduct; (2) to give greater assurance of compensation for the victim; and (3) to ensure that the victim’s losses will be equitably borne by those who benefit from the enterprise that gave rise to the injury.

So, was A-Train acting within the scope of his employment with Vought when he killed Robin? After all, as a supe, isn’t he always on duty? In California, the conduct of an employee falls within the scope of his or her employment if the conduct either: (1) is required by or is incidental to the employee’s duties or (2) is reasonably foreseeable in light of the employer’s business. A-Train was running fast at the time of Robin’s death, therefore engaging in the very activity that led Vought to hire him. However—at least in California—if an employee substantially deviates from his or her duties for personal purposes, the employer is not vicariously liable for the employee’s actions. For Vought, liability could turn on whether A-Train was on his way to or from superheroing at the time of the incident.

With respect to A-Train being high on Compound V, a June 2019 Washington Court of Appeals case might be instructive. In Schuylman v. BP W. Coast. Prods., the court declined to hold an employer vicariously liable for damages resulting from its intoxicated employee’s car accident when the employer “did not supply alcohol” to the employee at a company Christmas party aimed at children, nor did the employer “explicitly or implicitly condone drinking” at the party.

In contrast, a California jury found an employer to be vicariously liable in a 2017 trial in the case of George v. Firstservice Residential California LLC. In George, the plaintiff sustained significant injuries (including amputation of an arm) while being driven home by an employer’s intoxicated general manager. The plaintiff contended that the general manager’s job entailed entertaining clients, and the employer allowed him to drink alcohol “in moderation” when doing so had a business purpose. Ultimately, the jury found in favor of the plaintiff in the tune of $15 million.