The Equal Employment Opportunity Commission (EEOC) saw a 12% increase of sexual harassment complaints filed with them from 2017 to 2018. That represents a total of 13,055 complaints during 2018. Experts believe this increase is primarily due to the #MeToo movement. However, thanks to widespread underreporting of sexual harassment, the number of complaints represents a small fraction of the total number of individuals who were sexually harassed. What is the barrier to reporting? 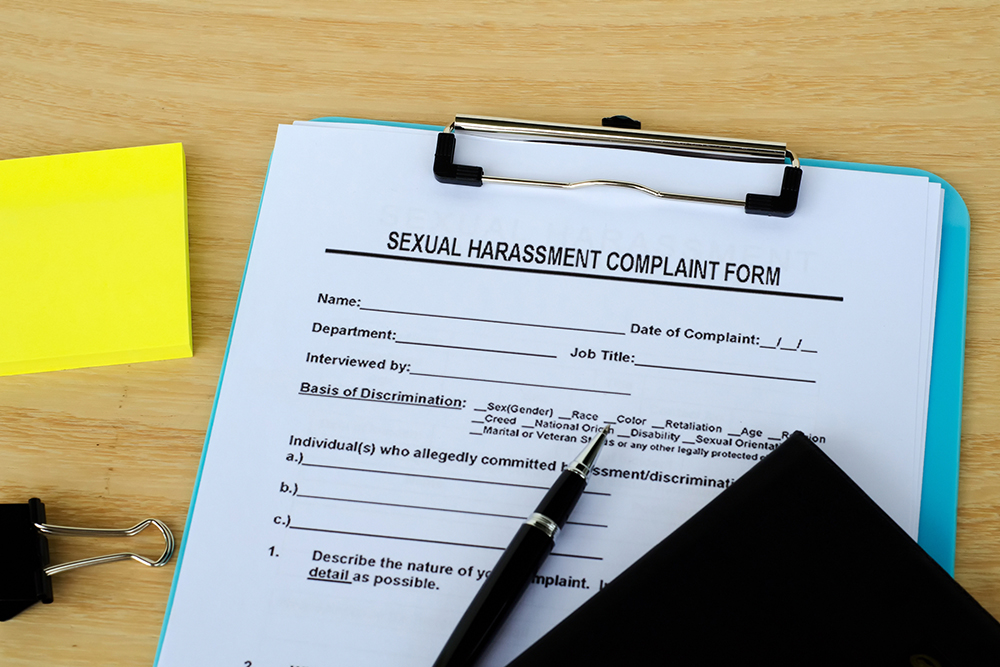 The primary reason for not reporting involves fear of retaliation. The Society for Human Resource Management (SHRM) survey found that 11% of nonmanagement employees said they had experienced some form of sexual harassment in the past 12 months. Of those, 76% said they did not report it for reasons that included fear of retaliation or a belief that nothing would change.

Other reasons include fears of not being believed, the fact that many harassers are managers, inadequate systems for dealing with complaints, and that it also can take a long time for victims to process their experience to a point when they feel comfortable speaking up.

The realities of this situation make one thing clear: Anything that can encourage victims of sexual harassment to come forward should be done. I recently spoke with two entrepreneurs who have created reporting software for workplace sexual harassment, bullying, discrimination, and other forms of mistreatment. One is Julia Shaw, PhD, Cofounder of Spot, and the other is Jana Morrin, Founder of Speakfully. They have their own approaches to and reasons and strategies for assisting employees in the very difficult task of reporting their mistreatment.

Origins and the Basics

In addition to Spot and Speakfully, many mistreatment reporting tools are being developed and deployed. While the #MeToo movement has publicly highlighted the need for action, that movement was not what directly inspired Shaw and Morrin to create their solutions. In Shaw’s case, her team was picking up on the climate from which #MeToo was born. She says, “A few news stories had broken about inappropriate workplace behavior. It was quite a bit before the [national] conversation really got going. We were feeling there was a big issue there, and we wanted to do something about this.”

Morrin’s main impetus comes from her experience as a victim of sexual harassment in the workplace. She says, “It’s lead me to where I am, but when I was in that situation kind of I was able to see the lack of resources available to me in a situation like that, and in turn, it was probably 8 months later that I started to come up with the idea of this tool itself.”

So, how do these tools work? Spot is a bot that is available at any time and allows employees to record details of harassment or discrimination. Users can remain anonymous and keep a private version of their report for their own documents, complete with time stamps. Those documents don’t ever have to be shared. At that point, users can decide whether they want to share their report. Speakfully is a documentation platform that allows users to document details of their mistreatment, attach and log details of their experience, and submit them to HR. Both apps offer additional resources and assistance for users to help guide them through the process but also point them toward help for dealing with the trauma of the situation.

Anonymity: The Only Way to Go

Shaw and Morrin recognized that the need for some form of anonymity was critical if reporting rates are ever to increase. Shaw pointed to a report by the EHRC (Equality and Human Rights Commission), which recommended that “anonymity had to be part of their reporting system, otherwise people weren’t going to come forward.” Morrin also commented on the need for anonymous reporting, stating, “we are trying to elevate the context of the anonymous reporting hotline.”

Each organization takes a different view of anonymity. Shaw believes that victims should be able to remain anonymous for as long as they want. They can submit complaints, respond to follow-up questions, and provide documentation anonymously if they so choose.

Morrin also believes anonymity is an important part of the reporting process but that it can only go so far. She believes that reporting should be “private and anonymous while the employee is inputting [his or her] experiences” but then no longer be anonymous once the report is submitted. She feels that victims need to feel comfortable when “they are trying to figure out what it is they want to do.” This allows victims to organize their thoughts, experience filling out reports, and engage in a reporting process from a place of emotional safety. After that, says Morrin, “it’s really hard for … HR to be able to fully take action without knowing the full extent of who and what’s going on and who is involved.” For that reason, her solution requires that reports become non-anonymous at submission.

While promises of anonymity may make victims feel safe and persuade them to come forward, anonymity does come with some potential major concerns. Here are two that would likely resonate with any HR professional and how Shaw and Morrin addressed them.

1) How can HR follow up with victims who have not revealed their identity or corroborate their stories?

When it comes to difficulties following up with anonymous victims, Shaw has a workaround: Allow HR to communicate with the victim anonymously. This can be accomplished by enabling the tool to act as an intermediary between HR and the victim. Such a solution offers comfort to victims deep into the process without fear of retaliation.

This issue becomes irrelevant with Morrin’s solution because the veil of anonymity is lifted once the report is submitted. Even if they did remain anonymous, Morrin notes that the odds that the victim would be revealed would be high once “HR goes to the perpetrator or whomever the harasser is. They’re going to know who that person is once they start having that conversation.” All of which in turn creates a less open, positive, communicative culture, something Speakfully is trying to create and maintain in organizations. In addition to that, when there is anonymous reporting it makes it much more difficult to be able to take real action by HR when they don’t have the details of the who and what.

2) What about those bad actors who would abuse such a system to make false accusations?

Indeed, false accusations are a major problem for any organization that receives complaints. Just as emergency responders and the police must learn to navigate false and fake accusations, your HR department must, as well.

In this case, good policies come to the rescue. Shaw suggests that when you receive an anonymous complaint, “you shouldn’t, reasonably so, accept anything you’re sent as definitive proof that something bad has happened.” Instead, that claim must be responsibly and impartially investigated.

As an HR professional, what do you think?  Are these types of services the solution to getting victims to report harassment, bullying, etc.? Have you tried any of them or had success with them? Or, do you think the solution lies in offering other internal channels to report harassment in person? Please give us your feedback by writing to us at hrdaeditors@blr.com; use the subject line “Reporting Harassment,” and give us your thoughts. If we receive enough input, we’ll create a follow-up article on the topic.

Sexual harassment training is a “must-do” for all employers. Progressive organizations are examining whether their own culture could be perpetuating a sexist or bullying culture that could foster harassment in varied forms. Learn how you can prevent sexual harassment in your company by attending the HR Comply hot topic power talk, “Sexual Harassment Prevention: Are Today’s Training Methods Making a Difference?,” on November 14-15, 2019 in Nashville, Tennessee. Click here to learn more, or to register today.