With an increased interest in corporate social responsibility (CSR) programs has come a renewed interest in corporate sustainability. The International Living Future Institute has created the Living Product Challenge, a framework for sustainability by which organizations strive to achieve a net positive impact. An organization that meets the standard of net positive impact has successfully offset its negative impact on natural resources such as water and energy; and the environment, e.g. wildlife and climate; with positive sustainable practices. 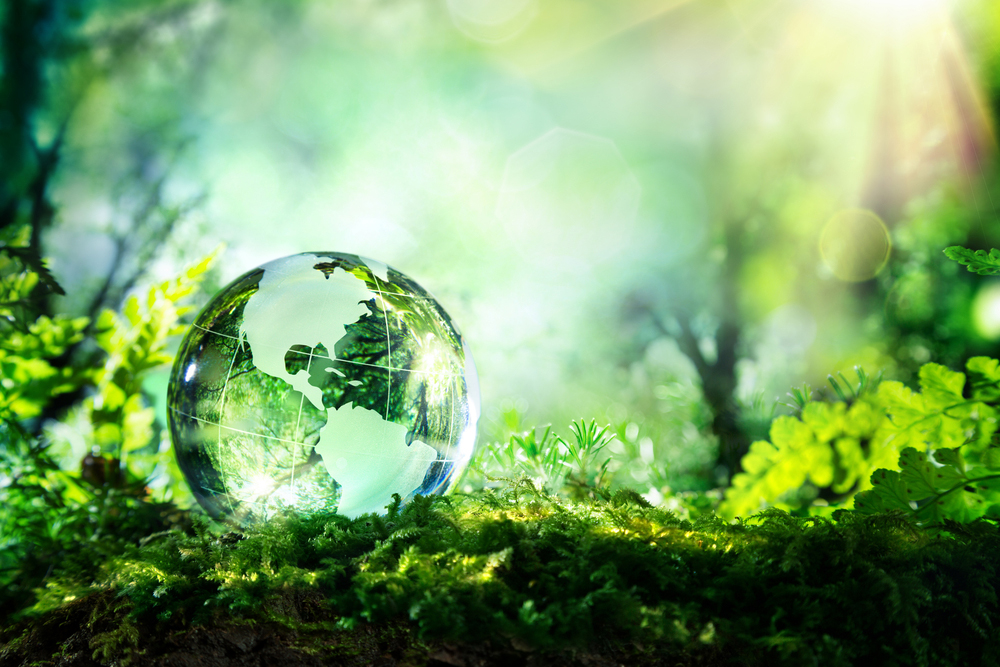 Achieving such success is rare, but one company recently hit that milestone, proving that such an approach is possible. I recently spoke to Jane Abernethy, the Chief Sustainability Officer at Humanscale, to discuss how the company developed its sustainability program and what other organizations can learn from its success.

According to Abernethy, CEO & Founder at Humanscale, Bob King, has had a passion for wildlife preservation and a general respect for nature since before she came on board in 2012. She says that her position was designed with “an intention to be sustainable” that was built on the organization’s sustainable groundwork.

There might be some skepticism about how much an organization can do. Whether it’s for tax breaks or the appearance of CSR, some organizations approach sustainability by sealing up drafts, using hand dryers instead of paper towels, and changing out the lightbulbs with lower-energy bulbs. Such an approach does help to a degree, but Abernethy says that it takes a bit more to achieve a net positive impact. In fact, it starts with trying to do as much as you can.

Her approach was to set a goal, back in 2014, to give back more than her company consumes when it comes to a variety of areas, including water footprint, energy footprint, net positive carbon footprint, ethical supply chain, and many others. Aiming high clearly was a great goal because Humanscale was “the first and only company to achieve the entire living product challenge,” stated Abernethy.

Possibility and the 4-Minute Mile

Part of why Abernethy was so excited about their achievement was because it proved that it was possible for a profitable company to be entirely sustainable. She described the importance of that with the real-life story of the 4-minute mile.

Before 1954, the 4-minute mile was considered unachievable—that is, until that time, no human had ever been recorded running a mile in fewer than 4 minutes. “It was thought to be impossible, humans could not run faster than a 4 minute mile—this was common knowledge,” explained Abernethy. But then, in 1954, Roger Bannister proved everyone wrong with his 3:59.4-minute mile. For the entirety of timed miles, no one had ever beat that record, representing decades, if not centuries, of human limitation. Just 2 months later, another runner beat the 4-minute-mile time, as well. Since then, it has been achieved by over 1,400 athletes.

“It kind of shows a shifting paradigm of what we think we can achieve,” says Abernethy. She believes that her organization represents the same paradigm in the realm of sustainability. She continues, “We have shown that a for profit company can do more good than harm … and other companies can do the same. That’s part of what we are up to; trying to change not just ourselves, but the industry.”

HR managers are versed in the art of return on investment (ROI) when it comes to selling new initiatives to leadership. Short-term costs need to have the hope of long-term benefits or else the C-suite might not sign off on an initial investment. I raised concerns about the costs of creating a sustainability program from scratch with Abernethy. She said that “the first step in sustainability is asking ‘how do we become more efficient?’” Humanscale is a manufacturer, so she speaks of efficiency from that perspective: “Be as efficient as possible in your use of materials, your use of water, your use of energy—which is going to be the largest source of greenhouse gases and climate impact you would have.” But that concept translates to organizations that provide services, as well, mostly by reducing the amount of these kinds of resources that their employees and locations use.

But the more impactful ROI comes from being creative in how you approach sustainability. Abernethy provided an example of a toxic surfactant that was identified as being used by their textile designer and mill. The question that was asked was, “Why is this being used? We never asked for it to be used.” The answer was that such a substance was standard practice, and “we would ask why wouldn’t you want it?” One approach to eliminating the substance, according to Abernethy, would have been to conduct research to find a replacement. That would have been “phenomenally expensive and would take years,” she said.

Instead, the company conducted focused research on the efficacy of the material itself. What it found was that while the lifetime of the furniture might be 15 years, the lifetime of the substance was less than a year. Its protective power, then, vanished almost immediately. Because the surfactant was used to prevent staining, Abernethy’s team followed up with customer service and asked if complaints about staining on the company’s furniture was a major concern. As it turned out, it was not. So, the material was eliminated. Although investment in research was required, and it did take time, ultimately, “not putting the coating on was not more expensive. In the end of the day, our creativity paid off.”

That specific solution may not be useful in your field, but the lesson transcends industries. Having the right people asking the right questions and approaching solutions creatively can save money while achieving a positive result.

I asked Abernethy how to best implement a program like hers. “It’s all about integrating ourselves into existing processes,” she said. She warned that creating a siloed team that instructed other parts of the organization what to do or not to do was not an effective method. It could create hostilities or just burden people with a bunch of tasks. Instead, her team members identify existing processes where they can add a few sustainable practices. For example, asking supplier auditors to ask a few people at a facility if there were any safety issues, spot checking for illegal workers, and/or checking safety equipment wasn’t prohibitively cumbersome. Instead, it just becomes part of the process “and helps make sure the sustainability program takes place,” says Abernethy.

Finally, we’ve all heard about brand ambassadors or perhaps diversity ambassadors. Such an approach also helps when it comes to sustainability. Identify those in your organization who already have an interest in sustainability. This grassroots effort, says Abernethy, helps support a concurrent push from the top down and from a team like hers. Because these ambassadors will be from various aspects of your organization, you can get a diversity of feedback, she adds, concluding that “having this group in different parts of the organization can help us narrow in on what’s working and what isn’t.”