My civil procedure professor once quipped, “Family + Money + Death = Litigation.” In the case of HBO’s new series Righteous Gemstones, we thankfully don’t have any worries about death (so far, at least), but we do see hints that the family that works together won’t necessarily stay together. 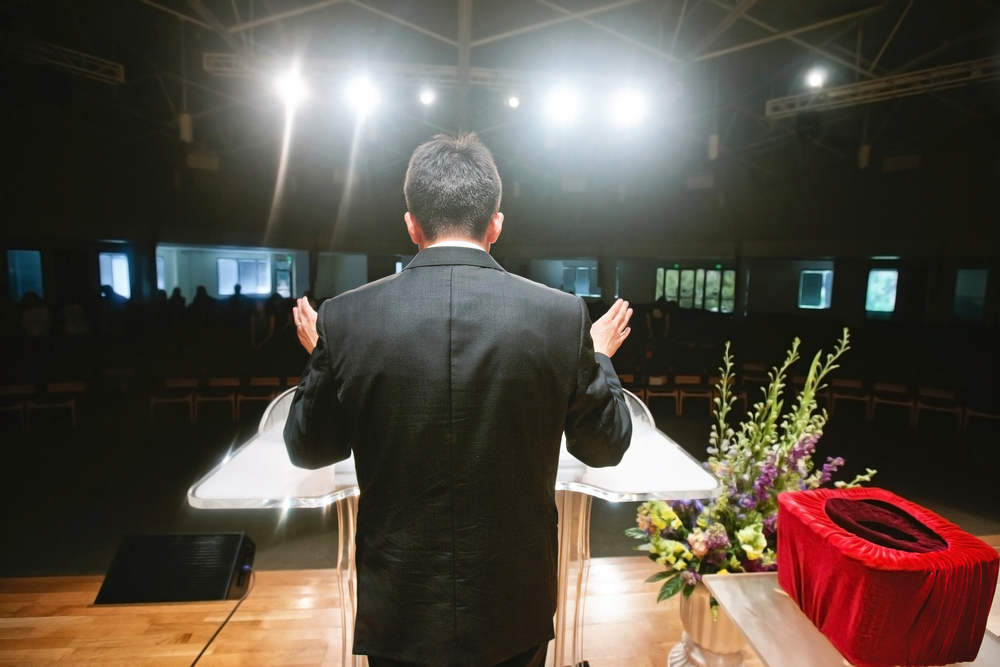 Righteous Gemstones follows the ministry of Dr. Eli Gemstone, played by John Goodman. Eli is an amalgam of all of the television and “big church” evangelists who have enjoyed prominence in roughly the last century of American history.

His ministry is based in a sprawling megachurch compound featuring an indoor arena for worship services, a museum dedicated to his family’s work, and the Holy Grounds coffee bar. His services and major ministry events are televised.

Eli plants new churches in other cities (even in an abandoned shopping mall department store) and plays hardball when poaching congregants from other established churches. And his ministry has a dynastic element, with his sons Jesse (show creator Danny McBride) and Kelvin (Adam DeVine) serving as his right- and left-hand ministers, as well as his daughter Judy (Edi Patterson) relegated to office support.

The Gemstones polish their ersatz public image to a brilliant sheen that will burn your eyes; the backstage picture, though, is far from perfect. The show opens with Eli, Jesse, and Kelvin in hour 17 of a 24-hour baptismal marathon at a large wave pool in Chengdu, China (“24 Hours of Saved Souls”), and brothers Jesse and Kelvin are locked in a hilarious splash fight over who has the better technique for immersing the new converts.

After returning from the mission, Jesse finds himself enlisting Kelvin, Judy, and his inept buddies to fight blackmailers who’ve procured a salacious videotape of Jesse and friends at a drug-fueled bacchanal. All the while, Eli can’t hide his displeasure at his children’s profane bickering and fisticuffs during family meals.

Nepotism in the Workplace

While Righteous Gemstones pokes fun at the megachurch phenomenon, Eli and family also live out the troubles common to any family enterprise. For all the complaints of “nepotism” in workplaces and the legitimate concerns about it, we have to start from the point that family working together is not inherently wrong or unlawful.

However, it’s not a far leap from that point to legal trouble. Some places enforce various brands of antinepotism policies. For instance, family members may not be able to supervise each other (sorry, Eli). Others may enforce prohibitions or limitations on romantic involvement among coworkers.

These policies have to be enforced even-handedly, though. For instance, antidiscrimination laws generally will not invalidate a policy that prohibits married couples from working in the same department and will require the resignation or transfer of one of the partners in the event such a relationship blossoms.

However, what if in the course of enforcing your policy you discover that for every such situation, the woman was the one to transfer or move on? At that point, your neutral policy has become anything but, and trouble may follow.

In the meantime, we’ll have to see whether Jesse can track down his blackmailers and, if not, whether the Gemstones’ ministry has a policy prohibiting the employment after an arrest or conviction. Tune in if you want to know what that means….