President Donald Trump’s recent Tweet suggesting that four Democratic congresswomen should “go back and help fix the totally broken and crime infested places from which they came” has sparked robust debate across the country. So what happens when an employee tells a coworker something to the effect of “go back to where you came from”? 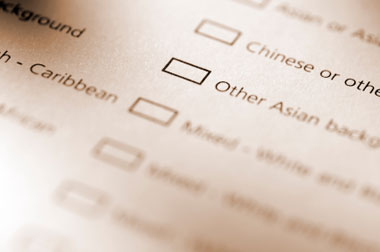 Telling Someone to ‘Go Back’ May Violate Title VII

A review of case law demonstrates that quite a few employees have cited such comments as evidence of discrimination or harassment based on their national origin, race, or color, which are all protected characteristics under Title VII of the Civil Rights Act of 1964. In the same vein, many courts have determined that such comments may provide evidence of a hostile work environment.

Indeed, in the following cases, courts found that words to the effect of “go back to where you came from” were sufficient to allow a jury to conclude an employer was liable under Title VII:

But Not All Courts Agree

Courts have not uniformly reached the conclusion that harassment or discrimination occurred in such cases, however. In a 2017 case, Abdel-Ghani v. Target Corp., Mazen Abdel-Ghani, a Target employee of Palestinian descent, alleged a coworker told him to “go back home, go to your country” during an argument and that other coworkers directed racial slurs at him.

The 8th Circuit found the “go back” comment “was facially neutral as to national origin and therefore did not demonstrate animus.” The court also concluded that although the alleged comments were “morally repulsive,” they were not physically threatening, did not interfere with Abdel-Ghani’s work performance, and were insufficient to show he was subjected to a hostile work environment.

In White v. Elmhurst Hosp., a black nurse of Jamaican descent alleged that two of her supervisors (one white and one black) suggested she should “go back to where [she] came from” after she voiced certain workplace complaints. The U.S. District Court for the Eastern District of New York concluded the supervisors’ comments “[did] not directly implicate [the nurse’s] membership in a protected class.”

Regardless, the court found that “scattered comments over a [10-]year period, particularly those that cannot be clearly linked to [her] race or national origin, [were inadequate to establish that [she] worked in an objectively hostile and abusive working environment.” Another New York court found the “go back” comment, allegedly made to an employee of Bosnian descent, was insufficient to show national origin discrimination because it was made outside the workplace during a time the employee wasn’t working for the employer.

Is It Race Discrimination?

Determining whether “go back” comments support a claim of race discrimination (rather than national origin discrimination) can be a bit trickier. In a 2015 case, Dorothy McCurdy, a black Auburn University employee, alleged that a manager’s use of the phrase proved she was treated differently and subjected to a hostile work environment on the basis of her race.

McCurdy claimed that when she asked the white manager about his plans for the department, he responded that she “should go back to where she came from.” Auburn argued the phrase wasn’t inherently racist, and the manager didn’t intend for it to be racist.

The Alabama federal court agreed that the phrase “is not necessarily racial in all contexts” and “the speaker’s meaning may depend on various factors[,] including context, inflection, tone of voice, local custom and historical usage.” According to the court, even if the phrase isn’t explicitly racial, historical context demonstrates that “when [uttered] to a black worker, it can easily mean ‘go back to Africa,’ a common slur.” Thus, the court concluded that the phrase could serve as legitimate evidence of racial animus.

Likewise, a Florida court found in 1999 in James v. Terra Southern Corp., that the “go back” comment, along with “stupid Jamaican” and other racial slurs, was sufficient to allow a jury to determine that a black employee was subjected to discrimination and harassment on the basis of race.

Regardless of whether an employee claims that he didn’t intend any animus in suggesting that a coworker should go back to where he came from, any stray remarks in the workplace that could be construed as promoting xenophobia or racism should be nipped in the bud.

It’s important to have a firm policy that allows employees to complain about any behavior they believe is offensive and to strictly enforce the policy. That means you should encourage employees to report such remarks (and make it easy to do so), thoroughly and immediately investigate all complaints, and take appropriate corrective measures in response to any behavior that’s deemed inappropriate.

David L. Johnson is a partner in Butler Snow’s labor and employment practice group in the Nashville office. He may be reached at david.johnson@butlersnow.com.