President Trump’s nominee to lead the U.S. Department of Labor (DOL) faced senators in a September 19 confirmation hearing where he signaled his views on various issues the DOL is facing and said his work representing businesses as an attorney wouldn’t keep him from fulfilling the department’s mission. 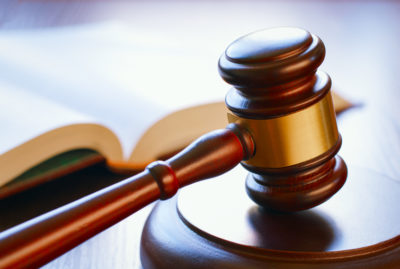 Quizzed on subjects including the minimum wage, immigrant worker visas, apprenticeships, LGBTQ rights, workplace harassment, and the DOL’s proposed rules on overtime and joint employment, Eugene Scalia vowed to enforce the various laws related to issues within the department’s purview.

Scalia, who was the DOL’s top lawyer during the George W. Bush administration, said he understood the difference between working for his clients in the private sector and having “a public trust,” and noted his previous stint in the DOL also followed work in the private sector.

Scalia, the son of the late Supreme Court Justice Antonin Scalia, faced the Senate Health, Education, Labor and Pensions Committee, which is scheduled to take a vote on his confirmation on September 24.

Nita Beecher, an attorney with Fortney & Scott, LLC in Washington, D.C., expects Scalia to be confirmed and then “focus on the issues that employers have wanted the DOL to change but which were not done under (former Labor Secretary Alexander Acosta), like overtime, apprenticeship, (and) job training, joint employment.”

Scalia ‘May Have His Hands Full’

Beecher says Scalia “may have his hands full with the religious exemption proposal” from the DOL’s Office of Federal Contract Compliance Programs, “which is coming in for a lot of negative comment.” He told the panel he would listen to the public comments when looking at those proposals.

The DOL’s proposed rule affects federal contractors and aims to broaden religious protections for organizations doing business with the federal government. It has sparked worries that it will allow contractors to claim their religious beliefs should allow them to deny employment to LGBTQ people.

Responding to questions about his stance on LGBTQ rights, Scalia said he would follow Executive Order 11246’s requirements, which prohibit contractors from discriminating in employment decisions on the basis of race, color, religion, sex, sexual orientation, gender identity, or national origin.