In earlier centuries, apprenticeships were the norm for introduction into a profession. What better way to learn a trade than to be immersed in that trade under the tutelage of an experienced practitioner? 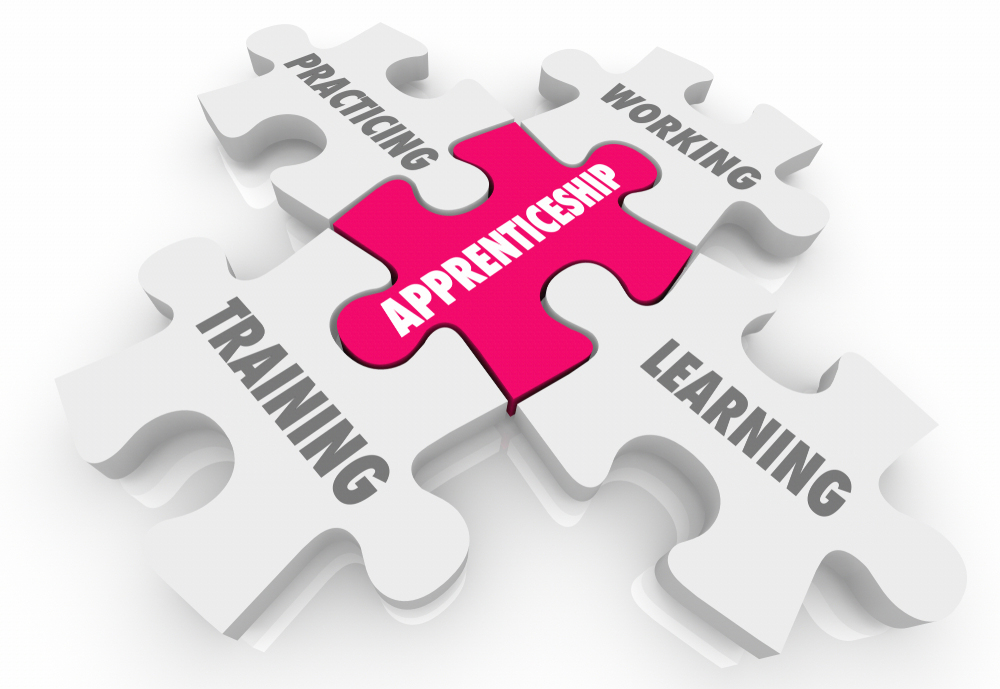 In the modern age, however, apprenticeships have fallen into disuse, with the important exception of some skilled trades such as bricklaying, pipefitting, plumbing, etc.

The traditional path for most careers in the United States is mandatory K–12 education, followed by either direct entry into the workforce or some kind of advanced education, whether that be a 2- or 4-year college degree, trade school, or some other training program.

But as Rebecca Koenig, writer for U.S. News & World Report, says, apprenticeships may be seeing a comeback in fields that require skilled labor but not necessarily a 4-year college degree—fields that many see as forming the backbone of our future economy.

“An apprenticeship provides paid skills instruction and on-the-job training to workers, culminating in a portable credential that makes them attractive to employers,” Koenig says.

She cites data from the U.S. Department of Labor (DOL), which indicate that the average starting rate for apprentices is $15 an hour. And, she points out that apprenticeship programs have expanded into areas outside of the traditional building trades to companies in the healthcare and technology spaces, for instance. The DOL has indicated that more than 150,000 businesses in these areas have adopted apprenticeship programs.

With this government sponsorship and in light of evolving economic needs, apprenticeship programs are becoming increasingly common in fields like technology and health care.

“Across the U.S., there are far more openings for some tech jobs than workers trained to fill them, and apprenticeship programs help to fill the gap,” says Koenig, who cites IBM’s “new-collar” roles such as electronics technician and cybersecurity analyst as an example.

Across the country, the workforce is seeing increasing costs and debt associated with higher education and the perception that the skills gap persists because of this. Apprenticeships are a great response to this, as they provide real-world skills while paying apprentices a wage.