For generations, parents have told their children one of the most important ways they can help themselves succeed in life is to go to school and get a degree. But a college degree alone often isn’t enough for many students anymore. 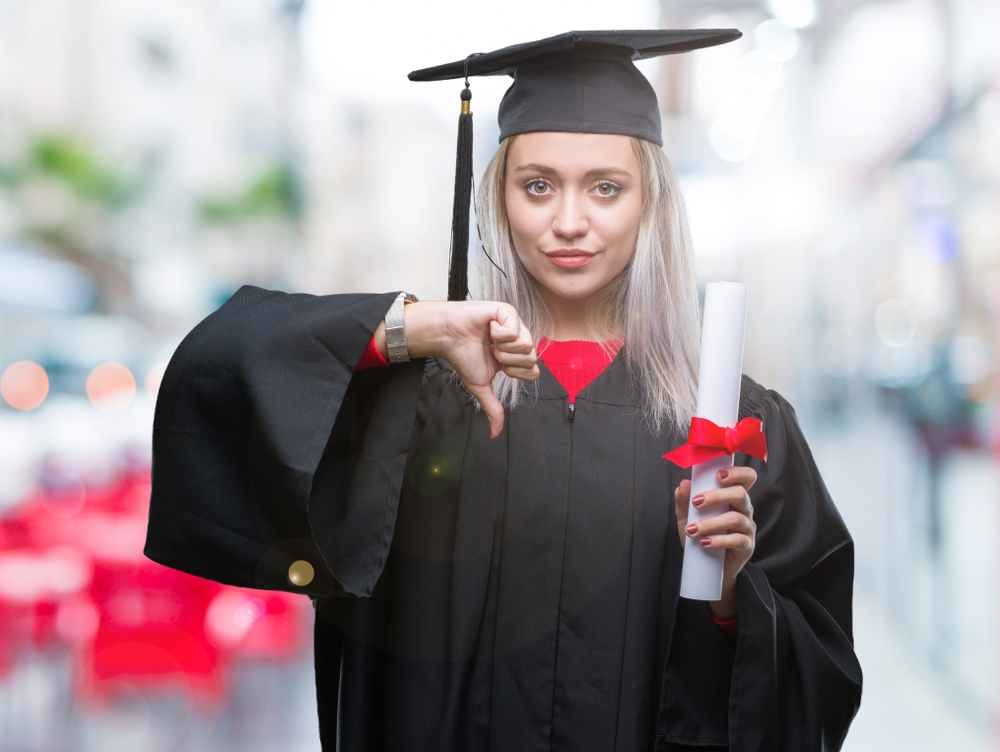 This is partly because nearly 70% of Americans aged 16 to 24 are enrolled in college, meaning that college graduates don’t stand out among the crowd the way they once may have.

Additionally, the college costs have increased significantly in the past few decades. According to an article in Forbes, the average cost per year at a 4-year college or university in 2016 was over $26,000, more than double what it was in 1989. During that same period, real median wages only grew from $54,042 per year to $59,039.

This not only means that the return-on-investment for a college education is less than it once was but also the disparity in the increased cost of an education compared with the increase in wages has contributed to skyrocketing levels of student debt, approaching $1.6 trillion—yes, with a “t”—in the United States.

The growing cost of a college education combined with lackluster returns has led many to question the value of a college degree, and we’re not talking just about potential college students. According to new research from data firm Qlik, companies like Amazon, Google, and IBM are removing the requirement for a college degree in many positions and are instead focusing on key job skills during the recruitment process.

Globally, Qlik found that more than half (59%) of enterprises are jumping in on this trend at least when it comes to data skills. In fact, just 21% of U.S. employers saw a degree as a primary consideration when hiring.

Not all skills are created equal, so what particular skills are companies seeking? According to the Qlik report, “most businesses (63%) are actively looking for candidates in all parts of their organization that can demonstrate their ability to use, work with and analyze data—presenting a good opportunity for those who can demonstrate these valuable skills. Indeed, those with a foundational understanding of data and analytics will account for one-third of the job market, with a projected increase of 110,000 positions by 2020—a 14% increase since 2015 according to IBM.”

Additionally, companies are willing to pay extra for sound data skills. Qlik found that 75% of respondents who were aware of their company’s policy toward data skills-based remuneration reported paying higher salaries to employees with the ability to read, work with, analyze, and argue with data.

“Making decisions on the right data at the right time is critical to providing the right care programs and ensuring all our patients receive the same standard and quality of treatment,” said Rishi Muchhala, Manager of Enterprise Intelligence at Nemours Children’s Health System. “We need our doctors, nurses and hospital managers to all be able to use data to make decisions—and we certainly couldn’t expect them all to have data science degrees on top of their medical qualifications. We’d have no team!”

“Instead, we look for people with previous experience with data or the desire to understand how using data could help them,” said Muchhala. “With our Citizen Developer and Analyst program, including our Data Swagger education sessions, we can support them in developing those skills and applying those skills to their work.”

While companies are actively looking for data-savvy employees, they’re having a difficult time finding them. Data-informed roles like data scientists, data analysts, business analysts, and data-enabled marketing managers—collectively referred to as data science and analytics (DSA) professions—are some of the hardest to fill in the entire job market, remaining open for up to 45 days on average.

Internal as Well as External Dilemma

While companies recognize the value of on-the-job experience and data certifications, half of those surveyed by Qlik said they don’t provide data literacy training to their own employees; and only 34% of decision-makers said they have programs in place.

Given the high proportion of employees willing to take part in such training, this lack of availability of programs to provide those skills is particularly surprising.

“The study’s findings are unmistakable—the career benefits associated with data literacy are a universal opportunity,” said Jordan Morrow, head of Data Literacy at Qlik and Chair of the Data Literacy Project. “Organizations are increasingly understanding the value is not in having data, but transforming their data into value to make better decisions—and we’re seeing this increased appreciation translating into greater opportunities for data-literate individuals. We hope these findings will encourage those at every stage of their career to embark upon learning or improving their own data skills so they can start reaping its rewards.”

A college degree does not hold the same promise it once did for millions of Americans. Once seen as one of the best ways to move up the economic ladder, growing costs with stagnant returns mean that college educations are no longer sufficient to ensure such a move.

And the research provided by Qlik suggests that in addition to no longer being sufficient, a college education may also no longer be necessary for moving into a high-paying, successful, and fulfilling career, even at some of the world’s top companies.