Employers in industries where tips are the norm are likely to welcome the U.S. Department of Labor’s (DOL) new proposed rule relating to tipped workers. Although the proposal, announced on October 7, 2019, just codifies current guidance from the DOL’s Wage and Hour Division, it formally does away with Obama-era guidance that sometimes limited employers’ ability to take a tip credit. 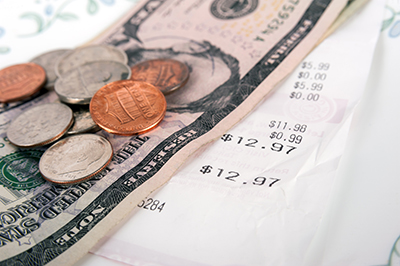 The Fair Labor Standards Act (FLSA) allows employers to take a “tip credit” for workers who customarily earn tips. That means employers can pay as little as $2.13 an hour to tipped workers if the workers’ pay with tips equals at least the federal minimum wage of $7.25 an hour. If a worker’s tips don’t bring the hourly wage up to the full minimum wage, the employer must pay enough to bring it up to $7.25.

Current law prohibits employers from keeping any employee tips, and the proposed rule would allow employers that do not take a tip credit—i.e., they pay tipped workers at least the full minimum wage instead of a subminimum wage—to establish a tip pool to be shared by both tipped workers and nontipped workers, such as cooks and dishwashers in restaurants.

Under the proposed rule, employers that take a tip credit still would not be able to set up a tip pool that includes nontipped workers, although they would be able to require workers to put their tips in a pool to be shared by tipped workers.

Sean Lee, an attorney with Fortney & Scott, LLC, in Washington, D.C., says the restaurant and hospitality industries will be pleased that the proposed rule formally does away with what was known as the “80-20” rule dating from the Obama administration that prevented employers from taking the tip credit when an employee spent too much time performing nontipped tasks.

“Instead, consistent with a recent DOL opinion letter and guidance, the proposed rule would clarify that an employer may take a tip credit for any amount of time that an employee performs related, nontipped duties contemporaneously with tipped duties, or for a reasonable time immediately before or after performing the tipped duties,” Lee says.

The proposed rule also notes that because back-of-the-house workers may become eligible to receive tips, employers might offset that by reducing the direct wages paid to those workers, subject to the minimum wage. “So that may be one possible consequence” of the proposed rule, Lee says.