The year is 2019, but I want to take you back to the 1990s for just a moment. Do you remember where you were in December 1993? President Bill Clinton had just signed an order directing military personnel not to ask about or initiate investigations of service members’ sexual orientation without having witnessed the disallowed behavior. The directive also instructed service members and recruits not to disclose their sexual orientation. The policy—Don’t Ask, Don’t Tell (DADT)—was the law of the land until 2011, when it became legal to be gay and serve in the military. 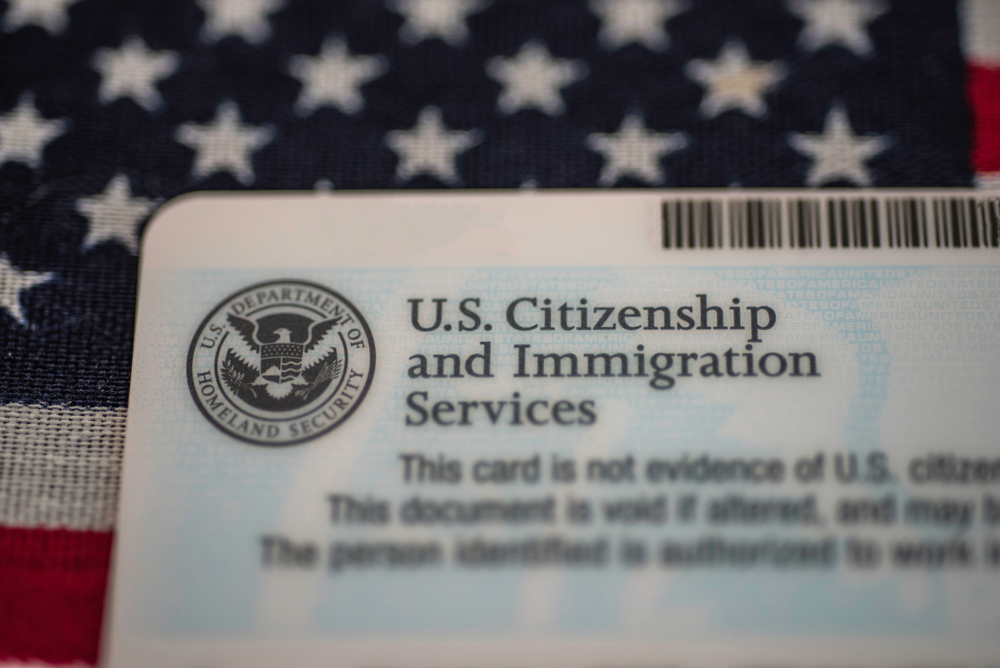 Folks, we are in a similar situation today with immigration compliance and specifically your Latino (Latinx) workforce. As long as your employee has properly completed an I-9 form and presented documents that look genuine, you are good.

Remember, the law is clear: You are not a document expert, and you don’t have to be one. The quality of counterfeit documents is very good, often fooling the police and other experts. Fake documents coming out of China are so good they can pass E-Verify (they’re made from the identities of real Americans).

Employers are held to a simple standard: If a document looks bad, don’t accept it. Bad documents will be obvious—misspellings of state names, obviously fake pictures, and so on. If a document appears real, you don’t need to do anything more. Accept it, and move on.

The DADT rule didn’t repeal the ban on gays serving in the military. As a military supervisor, you weren’t supposed to ask or initiate an investigation unless you had firsthand knowledge of the servicemember’s sexual orientation.

If you know an employee is undocumented because she told you so, then you can’t rely on the I-9 form she submitted. Therefore, you must be careful about prying or learning too much information about your workers. Once it’s learned, you can’t unlearn it.

Almost every week, employers ask, “Can you help us fix our employee?” Unfortunately, the almighty dollar can’t solve your problem. Even if Jose, who has been here 17 years, entered the United States without inspection and married a blond-haired, blue-eyed, American-born wife, he will have to leave the country to fix his status and apply for a waiver, which may or may not be granted. More than one million undocumented persons are married to U.S. citizens, yet continue to be undocumented because they can’t risk separation from their family or work (or both).

Under the Trump administration, worksite audits and raids by U.S. Immigration and Customs Enforcement (ICE) have skyrocketed. The Social Security Administration (SSA) has resumed sending “no-match” letters to companies, which realize they need to comply with the immigration laws or face steep consequences. It’s important, however, for employers not to panic. The SSA itself has stated that receiving a no-match letter is no reason to fire your employee. After all, the mismatch could have been caused by a simple clerical error.

For example, they may be tempted to investigate their employees’ immigration status. Remember, back to DADT: Unless you know a worker is undocumented because he told you so, you have no duty to investigate further or terminate the individual.

When You Do Have a Duty to Investigate

Sometimes, as an employer, you do have a duty to investigate, but only in limited circumstances. For example, if an innocent bystander calls in to say your current employee is using the caller’s Social Security number, you must investigate. The tip, however, must be legitimate. An anonymous phone caller who simply says “Jose is unauthorized” wouldn’t be enough. An ex-wife who calls with supporting details alleging the employee is unauthorized would be enough to trigger a probe.

Be aware of the innocent-bystander scenario. I had to deal with a full-blown ICE investigation in Corpus Christi, all because the employer’s payroll department ignored a woman from Scranton, Pennsylvania, who called for 6 months protesting that her Social Security number was being used. If an innocent bystander calls to complain about her identification being used, you must investigate.

Otherwise, follow the law precisely, but don’t go beyond it. If you make sure your employees have completed their I-9 forms correctly and provided the required documentation, you have acted in good faith and won’t be penalized if ICE agents discover some of the workers are in fact undocumented. Sticking to the letter of the law isn’t willful blindness, and you must have the discipline not to ask for more information than is required under the Immigration Reform and Control Act (IRCA).

If employees begin to discuss problems they’re having with immigration, then their boss or HR manager should politely stop them and explain that if they disclose more information, the company would be forced to take action that could include termination. You can frame the talks in a way that still indicates support for the employees—that you’re “there for them”—but that they shouldn’t tell anything different than what is on their I-9 form.

You also should discuss the severity of any possible immigration violations and underscore you’re legally required to act if you know an employee isn’t authorized to work. While good employers naturally become a support network for their employees, immigration law violations constitute information that cannot be “unknown.” Both the employer and the employee would face severe consequences if ICE discovers they are covering up the violations.

As an employer, you’d be in trouble under the IRCA if you know an individual you’re recruiting is unauthorized but you hire her anyway. Our best advice is to follow the law: Ensure your I-9 forms are complete and on file. In the process, don’t learn more than you need to know. Remember, don’t ask or investigate unless you absolutely must do so. Once the “cat is out of the bag,” you must take action or risk being fined.