Social media has fundamentally changed the way we communicate with one another. Platforms like LinkedIn, Facebook, Twitter, Instagram, and others have dramatically increased the reach of individuals in sharing ideas. People can quickly and easily communicate with others around the globe, even if they’ve never met before. 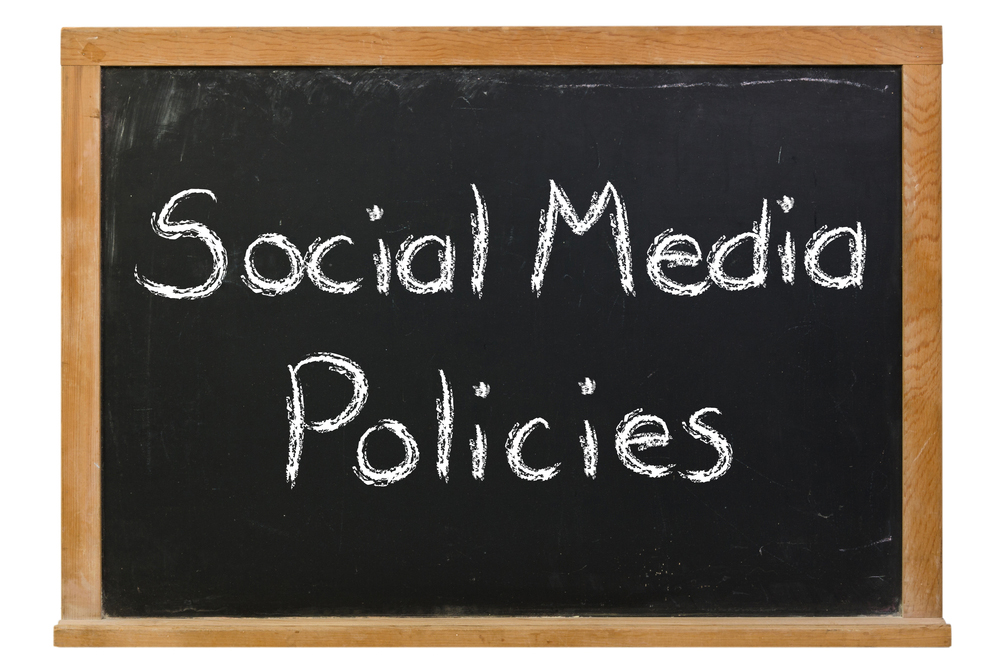 In addition to the purely social aspect of this capability, there are opportunities for entrepreneurs to spread awareness of their businesses, for thought leaders to share their expertise, and for opportunity-seekers to expand their networks.

Of course, this newfound reach is not without its downsides. Most of us know someone who has overshared on social media, exposing personal information or embarrassing comments, photos, or videos to their entire network and beyond. That same risk exists for businesses.

Businesses can use social media to engage with their customers and to spread awareness of their brand. Some have been extremely effective at incorporating social media into their broader marketing and customer engagement strategies, with great results for sales and the bottom line.

At the same time, businesses can cause massive and rapid damage to their brand and market share with ill-conceived social media posts. This possibility is compounded by the fact that social media posts often don’t get the same level of vetting as more traditional forms of corporate communication, such as press releases and commercial advertisements.

It’s not just the business acting as itself that can cause social media nightmares. Businesses are potentially composed of thousands of individuals with their own social media accounts. There are numerous examples of employees getting in hot water with their employers over social media blunders.

To achieve the benefits and avoid the risks of employee social media activities, it’s important that companies have a well-considered and diligently enforced social media policy. Here, we discuss some of the primary considerations, as well as some tips and strategies, including input, advice, and experiences, from some experts in the field.

Anyone who has read stories about head-slapping, jaw-dropping social medial blunders can appreciate the fact that some basic, commonsense rules and training can go a long way toward avoiding some of the most egregious errors in judgment.

“At our company we’ve been able to successfully leverage ‘unskippable’ video tutorials followed by mandatory quizzes in order to achieve full compliance,” says Jagoda Wieczorek, HR manager at ResumeLab. “Social reinforcement can be a great motivator, so having a public sign-off sheet listed by name ensures pretty high levels of compliance.” Within these lessons, says Wieczorek, the company shares examples of how to use the most popular platforms in an appropriate way.

Wieczorek says ResumeLab stresses that even a momentary lapse in attention can be impossible to erase, but it focuses on its faith in its employees and its employees’ sense of responsibility and ownership. “Of course,” he adds, “there are categories that are communicated as strictly forbidden” including:

These commonsense items should provide a good baseline, but there are potentially more nuanced PR and legal considerations to take into account, as well.

When speaking on behalf of the company, employees need to take into account the company brand and values in any social media post. Anything that might come across as insensitive or politically incorrect needs to be avoided.

It’s a good policy to designate certain individuals as the only ones authorized to post on behalf of the organization. For others who might post as themselves on personal accounts, they should be aware of company guidelines on when it is or is not appropriate to use the company name, logo, slogans, etc.

Social media snafus aren’t just limited to PR nightmares, although these can be damaging enough on their own. There can also be a number of potential legal issues triggered by a company’s social media policy.

For example, Rocket Lawyer notes that employees could inadvertently implicate defamation laws in speaking about the company, other employees, customers, or other third parties. People often take to social media to complain about their jobs. If they do so in a way that suggests they are acting on behalf of the organization, whomever they are ranting against may have a claim for defamation.

Additionally, companies need to ensure their employees know what information is confidential and have policies and procedures in place to make sure they don’t share that information publicly.

For example, an overeager communications department staff member at ACME might jump the gun in announcing over social media that ACME is in the final stages of talks to sign a $10 million contract with Company XYZ to produce widgets. That information is often considered confidential and could be covered under a nondisclosure agreement or other contractual obligation.

Once an employee publicly spreads that information, it could fall under an exception to confidentiality agreements the organization has in place.

This list of legal obligations isn’t meant to be exhaustive or to provide legal advice on social media policy. Rather, the idea is to highlight the fact that there are various legal pitfalls surrounding a company’s and its employees’ social media activities. Organizations are encouraged to consult their legal departments or outside counsel for a thorough review of social media policy.

Social media—like any tool, digital or tangible—has a purpose and can be put to constructive use when used properly. These same tools, though, can cause a lot of damage if used improperly.

Social media is dynamic; its exposure and fluidity can be a double-edged sword. Companies need to carefully consider the potential impacts of both their own social media activity and the activity of their employees.