HR Daily Advisor is no stranger to unusual interviews and wacky jobseeker tactics; you can find proof here, here, here, and here. As the war for talent rages on and unemployment continues to be in record lows, jobseekers want to stand out as top candidates and are trying new tricks to get their résumés to the top of the pile, but how are they achieving this? 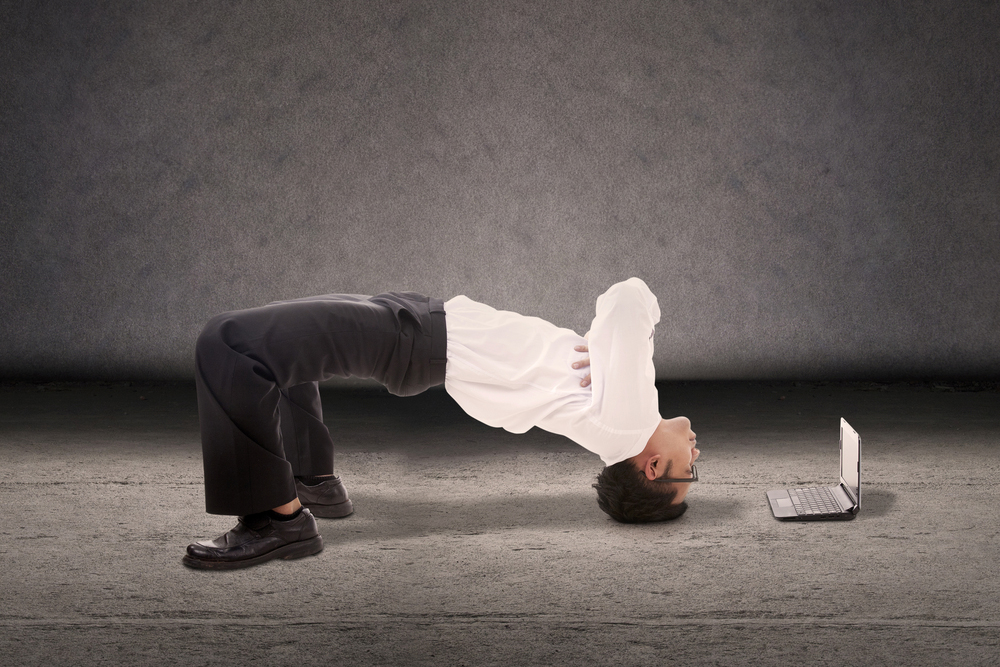 From nontraditional résumés to stunts and gimmicks during the interview, taking risks to stand out during the job hiring process has worked for some jobseekers, but not all have been as successful. Employment website and online recruitment advertising network SimplyHired recently surveyed over 500 hiring managers and over 500 applicants who have vied for at least one job in the last year to see how successful taking an unusual path toward getting hired can be.

Candidate and Recruiter Views on What Matters Are Different

SimplyHired found that recruiters are putting more emphasis on vetting candidates through LinkedIn, despite the time and energy jobseekers are putting into their résumés. Jobseeker respondents say they’ve spent the most time sprucing up the experience section of their résumé.

And while it truly depends on the industry, hiring managers reported spending just 16.4 minutes reviewing a résumé. Sadly, SimplyHired found that applicants spend nearly four times longer preparing their résumé and suggested that this time may be better spent practicing interview questions and writing a catchy cover letter.

Switching focus from the résumé to the cover letter (15.3%) and interview preparation (12.7%) are two things applicants focused on the most, claiming these are among the top ways to stand out among the rest. And when you consider that hiring managers reported receiving an average of 34 applications per job listing but only vetted 12.6 for consideration, having a strong cover letter can boost an applicant’s chances of being seen, suggests SimplyHired.

As an applicant, knowing what is and isn’t important to hiring managers is crucial, and for some aspects of the hiring process, applicants and hiring managers are far from being on the same page. While applicants considered years of experience as the most impactful, hiring managers were more concerned with the personality of the interviewee in determining whether he or she got the job.

We’re seeing this a lot in the candidate-driven market. As candidates have the upper hand, talent acquisition professionals must weed out who is and isn’t a great fit for the role and/or company. This is where “cultural fit” comes into play.

3 Tips to Consider When Hiring for Cultural Fit

Sara Ferraioli, Partner and Managing Director at recruiting firm WinterWyman, has shared some best practices when hiring for culture fit:

Look for ways to elicit spontaneous interactions during the interview process. “Take the candidate on a tour of the office or have them join you in the kitchen for a team lunch,” suggests Ferraioli. “Do they seem energized by the fact that teams eat lunch together and offer suggestions for other team bonding activities, or do they comment about the noise level in the kitchen?” She adds, “This can help assess the candidate’s comfort level with other members of the team and give a sense for whether or not they would foster other creative thinking if they were to join it.”

Embrace diversity. “The ideal hire may very well be the person who is completely different from everyone else on your team,” says Ferraioli. She offers these examples: Is your team full of vocal extroverts who could benefit from a more reserved, thoughtful team member? Do you have a few “big picture” types who could benefit from someone who is more detailed and tactical? “It’s important to know what your team’s shortcomings are, and find a balance. This is key to making a long-term hire who will thrive on, and add value to your team,” Ferraioli adds.

Solicit multiple opinions. “Involve peers, direct reports and managers from other departments in the hiring process and compare interview feedback. That group should discuss everything from qualifications to how they can add to the company’s culture,” Ferraioli says. “Where one team might see multiple specialties as a downside (you’ve heard the saying: jack of all trades, master of none), another may feel that the candidate’s experience could help bridge the gap between different departments and foster a more collaborative work environment. Considering various points of view can help determine a good match.”

Cultural fit is something jobseekers have no way of influencing, begging the question: Do stunts/gimmicks even impact a hiring manager’s decision?

As hiring managers keep cultural fit at the forefront of the hiring process, jobseekers see it differently and are turning to “extreme” measures to make sure they’re getting noticed.

SimplyHired found that many candidates prefer to stay on the safe side when trying to stand out; however, 16% of job applicants think stunts and gimmicks were acceptable, and under 20% think they are effective in landing the job. SimplyHired speculates that the hesitancy is likely due to the assumption that hiring managers won’t like unique or risky moves, but the survey uncovered that hiring managers were more likely than applicants to view stunts and gimmicks as acceptable.

While most jobseekers may not use gimmicks to stand out, 13% had used an unusual strategy during the job application process—and sometimes, these strategies paid off. Over 55% of respondents who had tried a stunt or gimmick to land the job said their unusual strategy was received positively, and nearly 70% landed the job they wanted.

Which Gimmicks Worked Best? Which Ones Worked Least?

How do hiring managers view specific applicant strategies, and which are applicants most likely to carry out to get the job? SimplyHired found that the positive stunts hiring managers deemed acceptable include:

While these actions were all deemed positive by hiring managers, the tactics most likely to get a candidate rejected included sending persistent e-mails, home deliveries, and offering to sleep with the hiring manager.

One extreme example of an applicant taking things too far included sending a chair to the company with a note that asked, “Is there a seat for me?” Unfortunately, applicants were also likely to e-mail their résumé to the hiring manager every day until they got a response—a stunt that hiring managers didn’t like.

Standing out among a stack of similar job candidates can be difficult, and not all strategies for getting noticed are created equal. Stunts and gimmicks like enduring extreme weather and sending baked goods to the office are risks most likely to work out in the applicant’s favor, but it’s best to stray from incessant e-mails, getting too personal, and crossing professional boundaries. What stunts or gimmicks have convinced you to hire candidates? Share them in the comments section below!