A new generation of HR professionals have already entered the workforce and they bring with them a new set of strategies and sensibilities. Meet Pearlie Oni, Senior Manager of Employee Experience at RedPeg Marketing. In today’s column, we discuss everything from a people-oriented approach to HR to why HR has no apparent role models. 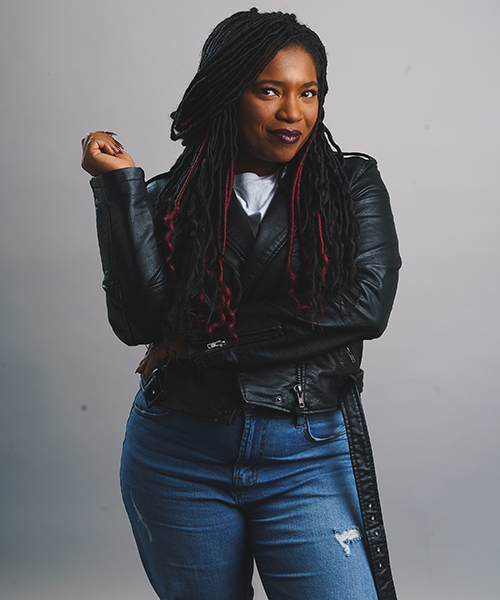 On your LinkedIn page, it says, “Not your mother’s HR lady. Let’s shake things up.” What does that mean?

“I think Millennials like me working in the HR field were trained in the ways that HR has been done, which hasn’t always necessarily been very user-friendly. HR has a very serious role in the organization. Because of that, we’ve always taken a very serious stance as to what we do. By nature, HR is a field that is sort of risk-averse. Because part of what we do is to try to mitigate risks, we can let that fear of taking risks filter into other aspects of our job. That has always hindered innovation and forward-thinking in HR. I think part of the job of the new generation of HR professionals is to introduce innovation into the field and really get to know our users—the employees—and know what they are looking for and what they need so that we can support them in the best way possible.”

So how do you individually challenge the status quo?

“I try every day to understand that I’m here to serve the employee. That was the first idea that I had in HR that I felt like wasn’t necessarily what I’d been taught because I think a lot of times, you’re taught that you’re here to serve the company and you have to do what’s in its best interest, even if it means that the employee gets the short end of the stick. I’ve always felt a little bit differently. I personally cannot point to a single time that an HR professional serves the employee and it ends badly for the employer. The way that employment laws and everything are set up, you get in trouble if you screw over the employees, and you don’t get in trouble if you treat them well. So by serving the employees, you, in turn, are serving the employer, and they really do go hand in hand that way.

“I try coming in every day with the mind-set that the employer is my user and that I’m trying to provide the absolute best experience for it every step of the way. Even though you sometimes have to do some not-so-nice things as an HR person, you should always do them in a way that’s fair and that’s kind and that treats people like people, not like resources.”

How do you approach doing some of those not-so-nice things?

“I think it remains really important as an HR professional that we operate with fairness in every single thing that we do. Otherwise, I wouldn’t be able to sleep at night. At the end of the day, it’s never fun or nice. It never feels good to give someone the news that he or she doesn’t have a job anymore. No matter what precautions you take, that’s never going to feel good. But I can go to sleep at night if I know that we gave that person the best chance of success; that we were there for that person every step of the way; that he or she received adequate training; that when things started to take a turn, we communicated with him or her; and that we did everything we could to turn the tables. To me, that makes sense on a moral level. It also makes sense on the business level because recruiting and hiring someone is an investment, and obviously, you want to protect your investment, right?”

When you were a kid, did you say, “I’m going to grow up and be an HR professional”?

“No, I always joke about this because I swear, I don’t know anybody who as a kid thinks, ‘I want to be in HR.’ In fact, I did a career day at my daughter’s school a few years ago, and the kids could not have possibly cared less about HR or anything I had to say. I also went right before a DJ and then also a clown; a literal clown presented right before me. So it was not the best setup, but I really did not want to be in HR. I wanted to be a pop star first, and then when I realized I couldn’t sing, I wanted to be a writer. I kind of stumbled into HR. Most HR people I know have a similar story. But I’m so glad that I did because I truly feel like it’s my calling.”

I have also never met an HR professional who wanted to become an HR person from the beginning. Part of me wonders why that is not a thing. Is the field of HR not doing a good enough job branding itself? Is it just too complicated to understand as a kid?

“I was going to say that I think it’s about branding and getting the word out. I honestly don’t think I even understood the concept of HR until I started working in HR. HR was one of my first professional-level jobs. When I started, I kind of understood it, but I didn’t really before I started doing the work. When I was in school, no one talked about HR. It’s kind of like a behind-the-scenes type of job but one that nobody wants to talk about.

“And if you’re a kid and you’re at home and your parents were talking about HR, it probably wasn’t good. They probably didn’t come home jazzed about their meeting with the HR person today. I think it’s a mixture of the job being complicated and then also a lack of publicity. And if it does get publicity, it’s usually not the best publicity.”

We have a brand called HR Hero®, and if you think about it, there are no HR heroes on TV or in movies. I think the closest you come might be Toby from The Office.

“Yeah, and they make him look so lame.”

“Oh yeah. That’s been a big part of my career from almost the beginning.”

Do you have any advice for other HR managers on how you approach an investigation?

“I’m a very fly-by-the-seat-of-your-pants type of gal. I wing a lot of stuff. It’s like my strong suit and my Achilles heel. But when it comes to workplace investigations, I’m telling you right now: You cannot wing it. It is impossible. If there were a way to do it, I would have done it. You have to be very regimented. You have to do it the same way every single time. You have to have all of your ducks in a row. You have to have your notes meticulous. You need to talk about the day and the time you talked to this person and put in your notes what the person’s demeanor was like and how he or she seemed to be feeling.

“Like I said, HR is very risk-averse—sometimes for a very good reason. And one of them is because if you end up in court, all you’re going to have is the notes from your investigation. So just being very regimented and then trying not to become emotionally involved and trying to leave your biases at the door are important. When you’re done, take a look at your data, and listen to what they’re telling you, not what your emotions are telling you.”

When you pour your milk in a bowl of cereal, do you put the cereal in first or the milk in first?

“OK. So in this aspect, I’m a very normal human being. I put the cereal in first. We have an employee here who puts her milk in first.”

What? What a psychopath!

“It’s so weird. I mean, she’s phenomenal. She’s probably one of the best employees we have here, so maybe there’s something to it. I don’t know, but it’s very strange. She doesn’t like the cereal to get soggy, so she likes to put a little bit of cereal in the bowl, eat that, add a little bit more cereal, eat that, and so on.”

When I thought of the question, I assumed that no one out there could possibly put the milk in first.

“Yeah, I’m sure everybody knows at least one person who pours the milk in first. And it’s very odd, though. I mean, I just couldn’t imagine it. I think I need to know how much cereal is in the bowl before I can decide how much milk I want in there. I don’t know how you could just pour the milk in first. It’s giving me anxiety just thinking about it.”

This has got to be an interview question. If you’re hiring for someone who needs to be very aboveboard and rigid, you better make sure that he or she is pouring the cereal in first. But if you’re hiring for a creative director, you want that person who pours the milk in first.

“Well, see, here’s the thing about this, the employee we have here who pours the milk in first: She is very detail-oriented and detailed-driven.”

“Yes, she’s very much so. I don’t know what the correlation is. We should do a study. There needs to be a study done. We need to gather all people who pour the milk in first and conduct this study and just really see where their head’s at.”

I agree. Before we go, just one last question. What’s something that you’ll never forget from your time in HR?

“I hope this doesn’t sound overly negative. For the most part, I’ve had really, really good bosses. I’ve been very, very lucky. But there was a point in time when I had a bad boss, and I think I’ll never forget the way that made me feel coming into work every day and the way that it affected my life—and not just my work life but my life in general. I think that is one thing that always motivates me to be the best HR professional I can be and to really be a support for employees—to be somewhere for them to turn if they do end up with a boss who’s not so great. I think it’s an experience I’ll definitely never forget and always one that will motivate me to be better every single day.”