When your organization receives its first discrimination charge from the Equal Employment Opportunity Commission (EEOC) or your applicable state’s Department of Labor and Human Rights, you may wonder, “What does this mean?” or “What do we do now?” 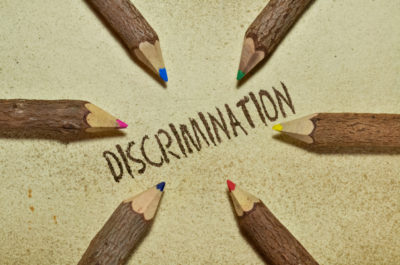 A charge is a signed statement from an applicant, former employee, or even current employee asserting that an organization engaged in employment discrimination against the individual (often called “the charging party”). The charge isn’t a lawsuit, but it is an administrative notice that the EEOC or your state agency will investigate a potential violation of federal and/or state antidiscrimination law.

You should not—under any circumstances—ignore a charge when you receive one. Ignoring a charge won’t make it simply go away. The EEOC will continue to investigate and could potentially issue an adverse ruling, even in the absence of any response from you.

A discrimination charge also is not a matter to be taken lightly, even if the allegations are entirely meritless. It could possibly lead to a lawsuit or further litigation after the administrative process is complete, so it’s important to understand how to respond to a charge effectively, in the hopes that it never proceeds to a lawsuit. Read on to find out more.

Preserve Any and All Relevant Documents

After identifying the key players, you should draft and disseminate a “document hold” notice. The notice essentially alerts the individuals there’s a pending charge, they may have relevant information, and they must retain (and not destroy) any related documents until advised otherwise.

At the same time, you should review your document retention policies and procedures. If a particular procedure could potentially delete or destroy relevant information, it should be suspended to retain the documents until the charge has been resolved.

To Respond or to Mediate? That Is the Question

When you first receive a charge, you are essentially given two options on how to proceed. You can provide a written response to the factual allegations within the charge in a designated time frame, or you can engage in the mediation process with the charging agency to resolve the charge without submitting a written response or undergoing a formal investigation.

So, one of the first questions to consider is whether you should respond to the charge or pursue mediation. Many times, employers don’t want to engage in mediation because they feel the charge is without merit, and they don’t want to pay the charging party any monetary relief. Although mediation doesn’t have to include any monetary settlement, in reality, it most often does.

The good news, should you decide to respond to the charge, is that the EEOC has frequently sided with employers after a full investigation. In fact, in 2018, the EEOC found no reasonable cause for more than 70% of charges, meaning it found in favor of the employer and dismissed the charge in the vast majority of cases.

There may be other circumstances, however, under which you may want to consider mediation. At times, allegations within a discrimination charge aren’t entirely favorable to the employer, and it (or more likely, its legal representative) may recognize the risks that the EEOC may not find in its favor after proceeding with a full investigation.

Another crucial step in responding to any discrimination charge is investigating the allegations. The investigation may reveal that mediation is a more appropriate route, or it could unveil the relevant facts necessary to provide a comprehensive written response to the charge.

With any investigation, you must first determine who the appropriate person is to conduct it. You should avoid having someone alleged in the charge to have engaged in discriminatory acts serve as an investigator because the person may be biased or lack objectivity. Therefore, consider an HR professional, in-house counsel, or outside counsel to investigate the charge thoroughly.

If you decide to respond to the charge, as opposed to engage in mediation, your position statement is your opportunity to explain to the EEOC why the agency should rule in your favor. It can be a roadmap for the investigating agency, so you should use this opportunity to your advantage!

To respond effectively to a charge, consider first providing your version of the facts in the position statement. Sometimes, the charging party inaccurately represents the facts within her charge. Other times, she conveniently omits material facts that bear directly on her claims. Providing a full and accurate depiction of the relevant facts, while still having a persuasive tone, will show the agency your side of the story and help to limit the issues for the investigation going forward.

When drafting the factual background to your position statement, you may encounter facts that are relevant to the case but may not be viewed as favorable for you. Best practice is not to avoid the facts if they truly are relevant. Eventually, they are likely to be fleshed out during the investigative process.

So, if there’s a less-than-great fact that needs to be addressed, mention it in your position statement, but explain it in the context of the case as a whole and how it doesn’t prevent a conclusion in your favor.

The factual background should further cite any relevant documents that support your position or defenses. Then attach the documents to the position statement as exhibits for the EEOC to consider during its investigation. Referencing and providing relevant documents at the outset is to your benefit because they may help paint you in a favorable light in the probe’s early stages and limit follow-up requests by the investigating agency.

After setting forth the factual background, an effective position statement may also provide some analysis about why the charging party cannot prevail on her claims based on the facts. In other words, you could cite relevant statutes, regulations, case law, or published EEOC guidance that helps show the charging party cannot establish her claims or your actions were proper under the prevailing law. Again, the analysis should focus on the relevant issues in the case. It should be persuasive, but not argumentative, in tone to guide the agency in its decision.

While the agency will ultimately be deciding the facts during an investigation and what legal standard to apply when analyzing the charge, you should use the position statement to your advantage, tell your side of the story, and provide as much information in support of your position as possible. By doing so, you will hopefully make it much easier for the agency to find in your favor.

Cooperate with the Agency in Its Investigation

After submitting a position statement to the EEOC, the agency will investigate the charge. The process includes obtaining any rebuttal statement or evidence from the charging party, but it may also include requesting additional documents from you or seeking interviews with witnesses.

If the agency reaches out for additional information, whether through document or interview requests, it’s in your best interest to cooperate to the extent possible. Ultimately, the agency is finding the facts and making conclusions about the charge. The documents or interview requests will only assist it in reaching its final decision.

At times, however, you may question the agency’s requests. In fact, certain requests may be overly broad or irrelevant to the case at hand, or you may be unable to comply with them. The key is working amicably with the agency to the greatest extent possible to resolve any issues involved with their requests in a manner that helps the investigation proceed to completion.

Receiving a discrimination charge from an applicant, former employee, or current employee isn’t a pleasant experience for any employer. Remember, though, you have options in responding, and you should carefully consider them after receiving a charge.

You should also thoroughly investigate the facts related to any charge, preserve relevant documents, and work in a cooperative manner with the investigating agency to the extent possible to resolve the matter. You may not be able to prevent being subject to a discrimination charge entirely, but you can take advantage of the steps to lead you through the process as unscathed as possible.

Vanessa Lystad is an attorney with the Vogel Law Firm in Fargo, North Dakota—and editor of North Dakota Employment Law Letter. She can be reached at vlystad@vogellaw.com.