As an HR manager, you are probably keenly aware of competitive salary rates for your employees. But what about your salary? Where are the best jobs in HR, and which ones pay the most? A recent analysis sought to answer these questions.

The analysis—called Where Are HR Managers Making the Most?—was recently released by Simply Hired Blog and is based on statistics gathered by the U.S. Bureau of Labor Statistics.

Unlike many professions, HR is one that can be found across every industry. The analysis sought to see which industries paid the most. The top annual salaries were: 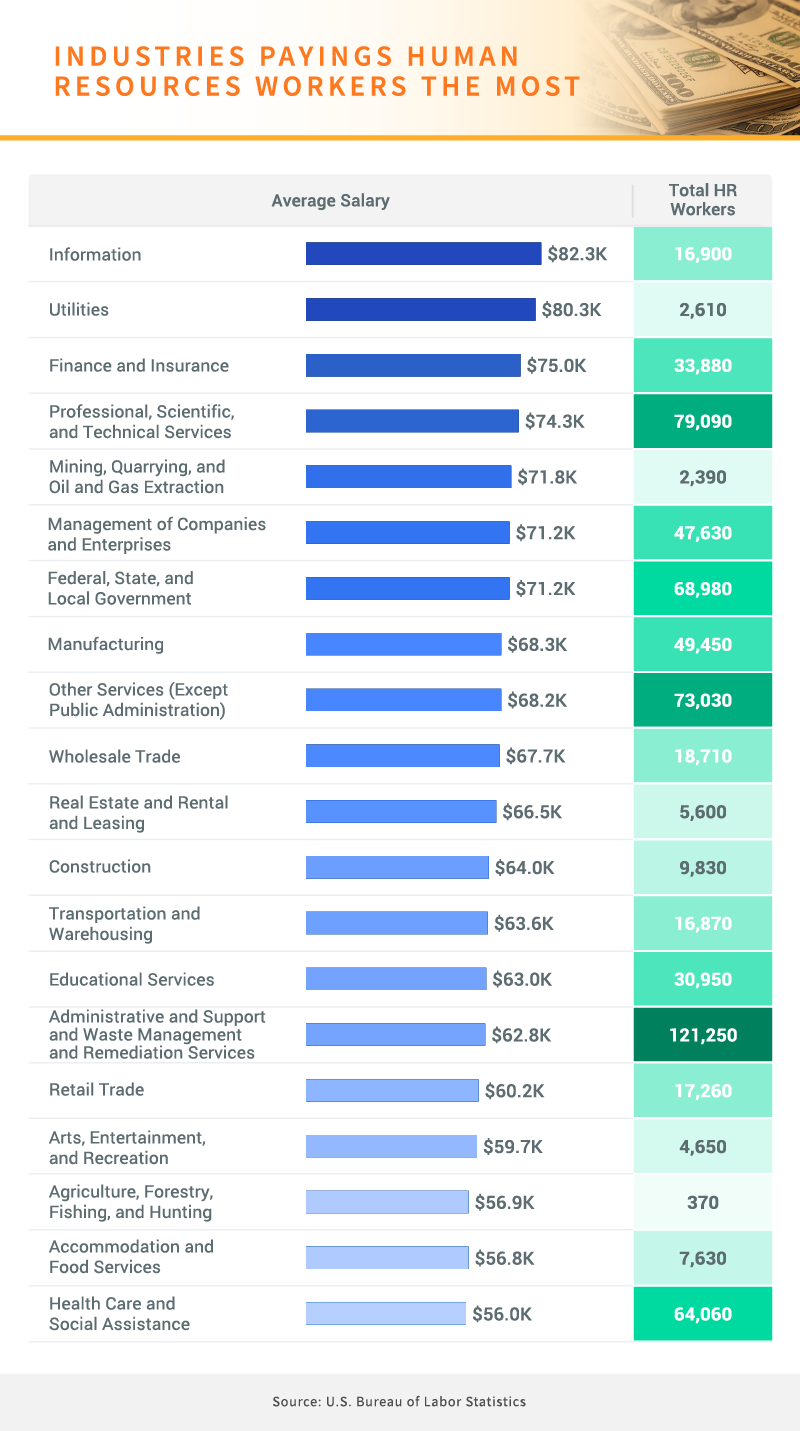 States and Cities that Pay the Most

The lowest salaries can be found here:

More results can be seen in this graphic:

The analysis also broke down HR salary by city, with the top cities being:

The lowest-performing cities were:

More results can be seen here:

Click here to see more results of the analysis.