Early in 2019, social media feeds, from Instagram to Twitter and Facebook, were filled with “10-Year Challenge” posts. To participate, users posted side-by-side pictures from 2009 and 2019, respectively, with “#10yearchallenge.” Now that 2019 (and this decade) is drawing to a close, the #10yearchallenge is once again gaining traction with celebrities like Reese Witherspoon and Caitlyn Jenner, athletes like Dwayne Wade and Shawn Johnson, and even your Aunt Susie, who wants to show off her drastic fitness transformation. 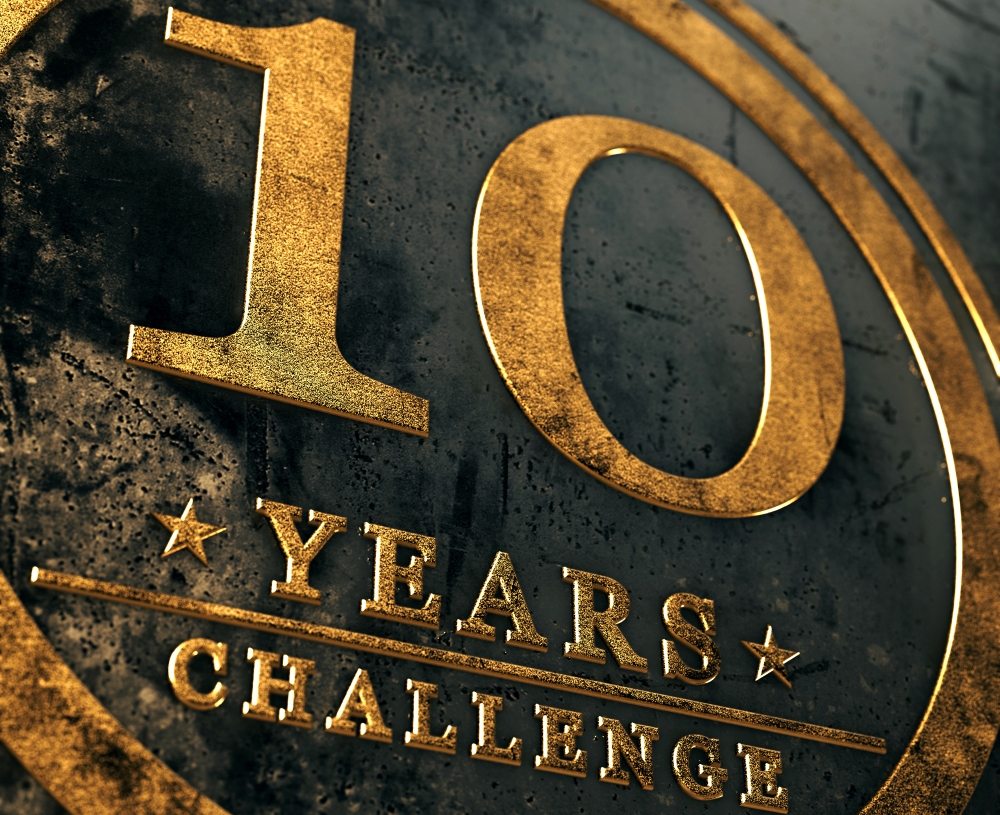 Other people have taken a different approach to the challenge by sharing hilarious memes, like this and this. Just as people can change dramatically—or not at all (looking at you, JLo)—over the course of a decade, the legal landscape can change significantly, as well. Let’s take a look at the difference a decade made with several key employment laws:

#5 Genetic Information Non-Discrimination Act (GINA): GINA took effect November 21, 2009. GINA prohibits discrimination against employees based on genetic information and makes it unlawful for an employer to refuse to hire, discharge, classify, or “otherwise adversely affect the status” of an employee or applicant based on any “genetic information” concerning the employee or the employee’s “family member.”

Over the last 10 years, the overall volume of GINA charges filed with the U.S. Equal Employment Opportunity Commission (EEOC) has been low. For example, for 2018, the agency reported receiving only about 220 complaints (.3% of the EEOC’s caseload). Notwithstanding the relatively few charges filed annually, GINA has made its mark in a few cases, including, for example, the “case of the devious defecator.”

#4 Family and Medical Leave Act (FMLA) expansions: Effective January 16, 2009, the U.S. Department of Labor implemented regulations that expanded the FMLA. Among other changes, the 2009 FMLA regulations clarified and increased employer and employee notice obligations. For employers, the new regulations required employees to be provided with a “general notice” about the FMLA, an eligibility notice, a rights and responsibilities notice, and a designation notice.

While the impact of these changes may not have been headline-worthy, there has been a ripple effect. For example, an Alabama federal district court judge relied on the 2009 regulations as a basis for his recent ruling that an employer cannot deny FMLA leave based on FMLA-specific callout requirements that exceed what the employer requires for other types of leave.

#3 Lilly Ledbetter Fair Pay Act: The signing of the Lilly Ledbetter Act in February 2009—reversing the Supreme Court decision Ledbetter v. Goodyear Tire & Rubber Co., 550 U.S. 618 (2007)—was one of President Barack Obama’s first official acts as a new president. In Ledbetter, the plaintiff sued for gender-based pay discrimination after discovering an anonymous note in her mailbox, which indicated that she was being paid a fraction of what other male supervisors were making. The Supreme Court held that employers cannot be sued under Title VII of the Civil Rights Act of 1964 for pay discrimination if the claims are based on decisions made by the employer 180 days ago or more. The Lilly Ledbetter Act changed that outcome and gave workers the right to file suit 180 days after the last pay violation, not only 180 days after the initial pay disparity.

Now, a full decade after Ledbetter, the Lilly Ledbetter Act has been regarded as a critical tool for people who experience wage discrimination. Moreover, pay equity continues to be a hot topic for Lilly Ledbetter, as well as many federal agencies. Indeed, since 2012, the EEOC has included equal pay protections as one of its six substantive area priorities in its Strategic Enforcement Plan (SEP), demonstrating this is an area of continued focus for the agency.

#2 The Employment Non-Discrimination Act (ENDA): The ENDA, first proposed in 1994, makes it illegal under federal law to discriminate in any aspect of employment based on someone’s actual or perceived sexual orientation and gender identity. In 2009, Representative Barney Frank introduced a transgender-inclusive version of the ENDA. Fast forward 10 years, and neither the ENDA nor any similar law has been passed at the federal level. However, a patchwork of state and local laws has been enacted over the last 10 years to provide gay and transgender workers with some protections from employment discrimination. Additionally, last month, the U.S. Supreme Court heard arguments in a trio of cases about whether Title VII bars job discrimination based on sexual orientation and transgender status; that opinion should follow in mid to late 2020.

#1 The Americans with Disabilities Act Amendments Act of 2008 (ADAAA): The ADAAA took effect on January 1, 2009, making a number of significant changes to the statute. Most notably, the ADAAA—the last federal employment-related legislation passed with bipartisan support—broadened the scope of the ADA’s definition of a disability and expanded the definition of “regarded as” disabled. Indeed, the changes flowing from the ADAAA were so significant that many Human Resources professionals and employment lawyers quip that the acronym “ADAAA” has become “Assume Disability And Attempt to Accommodate.”

Not surprisingly, the ADAAA has spurred an increase in disability discrimination claims over the last 10 years. In 2009, disability charges constituted about 20% of the EEOC’s caseload, and by 2018, they had increased to 32%. During a similar overlapping time period, federal court filings of ADA cases raising employment discrimination claims rose 102% to nearly 2,500.

Thanks for taking this stroll down memory lane with me. With the rollout of the new Fair Labor Standards Act (FLSA) regulations January 1, 2020, and other laws on the horizon, I look forward to seeing what the new #10yearchallenge holds in 2029!