When are you going paperless with your documentation? We recently spoke with an expert in contemporary documentation solutions about the issue. 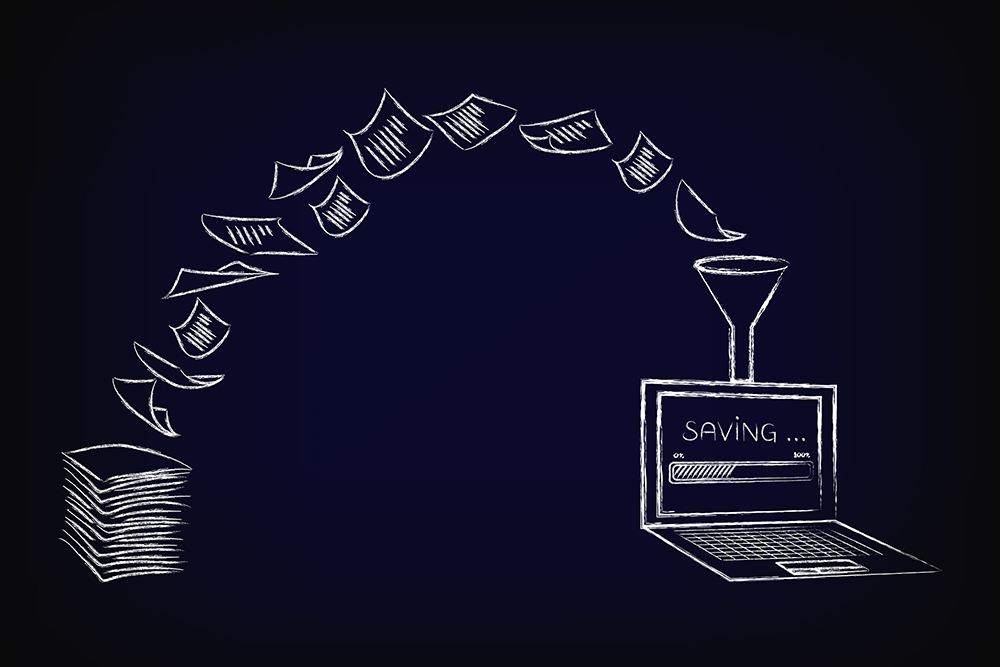 Jesse Wood, President and CEO of eFileCabinet, believes that the move toward paperless documentation is just a matter of time.

HR Daily Advisor: We did a survey not too long ago that shows that the majority of organizations maintain paper records. Is that just an artifact of an older time, and do you think that will change sooner or later?

Wood: The question of going paperless is steadily becoming more of a “when” and less of an “if.” From the standpoint of business, going paperless isn’t just a simple convenience but is rather a driving factor in whether a business stays successful. It’s becoming more common for businesses to hit a plateau in their growth, usually due to ballooning overhead costs. During times of growth, more employees mean more work for HR—more paperwork. The department needs to pour more resources into handling the additional work, but at this point, you’re spending more overhead to accomplish what’s essentially the same work.

From an individual standpoint, HR workers are spending more of their time on the redundancies of paperwork rather than managing human capital.

Going paperless is a remedy to getting a handle on overhead costs, which are notoriously difficult to rein in during times of growth, and an avenue for allowing professionals to get back to the work that matters.

HR Daily Advisor: What’s so important about going paperless when it comes to documentation?

Wood: Nearly every action taken in business requires documentation, especially in businesses that are tied to strict compliance standards. Every transaction equals at least one document. Digital documents have an advantage over physical ones because they can contain metadata, which act as a virtual paper trail for these essential business documents. Audit trails for digital business documents allow you to see where exactly those documents have been and how they’ve changed. It’s essentially documentation for your documents. And while physical documents can be easily altered or destroyed, digital documents have more protections to ensure they aren’t tampered with when they’re not supposed to be.

HR Daily Advisor: Given the pace of data breaches, hackers holding data hostage, and other similar cybercrimes, how safe is it to have all of your documents digital? How about having them all online?

When it comes to the physical security of documents, the best you can hope for is a lock and key, whereas cybersecurity is ever advancing, with more protections being implemented every day. When it comes to data breaches, most of these incidents are a result of unsafe practices, user error, or deception tactics. Promoting safe Internet practices, as well as demonstrating some common sense, as you would with physical security, will result in your risk being tremendously lowered.

HR Daily Advisor: Are there myths about paperless that you would like to dispel?

Wood: A common myth is that a “paperless office” means an absolute ban on paper. There’s always going to be physical paper in the mix, so don’t throw out your printer just yet. Rather, “paperless” means embracing a shift from traditional paperwork processes to those that take advantage of documents being in a digital state. It’s an approach that accepts that the hard copies of documents are no longer the only means of conducting business and are not as efficient as these emerging tech processes.

HR Daily Advisor: What is something about going paperless that surprises people?

Wood: The amount of time saved thanks to paperless processes cannot be overstated. We’ve had clients joke that the only thing bad about going paperless is that they save so much time on paperwork that they now have enough time to do their actual jobs.

Workers spend several minutes looking for a physical document that they only reference for a few seconds and then take a few more minutes to file away again. That time adds up for each document and is, frankly, a waste of labor hours. A paperless system can mean instant access to information.

HR Daily Advisor: Our survey had also shown that a lot of time was spent making sure that documents were signed by the right people. I imagine e-signatures address that issue?

Wood: E-signatures make signing digital documents possible, but the real issue that businesses struggle with is workflow. There are few things in business as frustrating as chasing signatures. Things can grind to a halt because some documents require a stamp of approval and there’s no consistent process in place that determines which type of document needs to go where.

Automation in an intelligent filing system can help businesses create a workflow that does the legwork for you. You can teach it to route certain document types to certain people for approval, even taking into account conditional factors. For example, you enter an expense sheet from an employee into the system that needs approval. The system, using optical character recognition (OCR), recognizes the total on the sheet and routes it accordingly. If it’s a small amount, then it’s routed to a supervisor, but if the total exceeds normal expense allowances, then it can be routed to the VP of finance. After it’s approved or rejected, it’s sent back to you or archived automatically. That’s the true value of paperless signatures.

HR Daily Advisor: How secure are documents from within an organization if they are all online? That is, how do you make sure that certain documents are not viewable by the wrong people?

Wood: Access control is more important than ever when it comes to digital documents. A big part of compliance means making sure certain documents are inaccessible to most individuals in your company, even within your department. Physical documents need to be stored separately from files that are frequently accessed by others.

The digital equivalent of this is permissions, which locks out all users except those who have been given permission within the system. Typically, a file will be kept encrypted, a state that makes the file impossible to interpret without the proper key, and only those with permissions have access to those keys. Ideally, those without permission to a document can’t even see it within the system and therefore wouldn’t even know it’s there. This ensures that even if that file is somehow intercepted from outside the system, a malicious party has no way of using it because it’s just scrambled data.

Access control to the system by users is also a strong point. For those who have permissions to sensitive data, companies can institute further precautions such as two-factor authentication, which requires users to have a password and a secondary means of authentication before they can enter the system. Other security measures include allowing access only from certain IP addresses.

If you are curious about the survey mentioned, it can be seen here.