A federal appeals court upheld a district court’s decision that the Affordable Care Act’s (ACA) individual mandate is unconstitutional. The 5th U.S. Circuit Court of Appeals—which covers Louisiana, Mississippi, and Texas—remanded the case to the lower court to determine how much of the broader ACA should be invalidated as a result (Texas v. United States, No. 19-10011 (5th Cir. Dec. 18, 2019)). 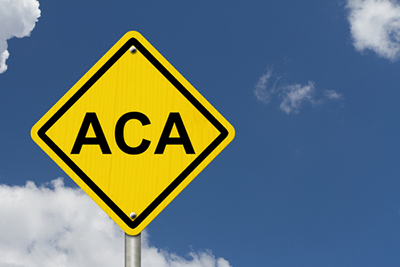 The ACA, including the upcoming employer reporting requirements for 2019, will apparently remain in effect for now while the litigation continues.

In 2012, the U.S. Supreme Court ruled that, while requiring individuals to purchase health insurance exceeded Congress’ authority under the Commerce Clause, the “shared responsibility” payment imposed for failing to do so was a permissible exercise of Congress’ taxing power (National Federation of Independent Business (NFIB) v. Sebelius, 567 U.S. 519 (2012)).

Subsequently, the Tax Cuts and Jobs Act (TCJA) of 2017 included a provision that, while not repealing the individual mandate outright, effectively nullified it by reducing the shared responsibility payment to zero, beginning in 2019. Twenty states and two individuals then filed suit, alleging that the TCJA change negated the Supreme Court’s tax justification by eliminating the “shared responsibility” payment without repealing the mandate itself.

The U.S. District Court in Fort Worth, TX, agreed with the plaintiffs that Congress’ repeal of the individual mandate penalty undermined the high court’s prior rationale for upholding the law. The district court also ruled that the rest of the ACA was not “severable” from the individual mandate, citing congressional and judicial references to the mandate’s importance in the law’s overall scheme. However, that court left the act in place pending appeal (Texas v. United States, 340 F.Supp.3d 579  (N.D. Texas, Dec. 14, 2018)).

Sixteen other states, which had intervened in the litigation to defend the ACA, appealed the district court’s decision to the 5th Circuit. So did the Trump administration, which had argued that only certain ACA provisions should be invalidated. In March, however, the administration changed course and sided with the plaintiffs altogether.

Two of the three judges on the appellate panel agreed with the lower court that the ACA individual mandate “is unconstitutional because it can no longer be read as a tax, and there is no other constitutional provision that justifies this exercise of congressional power.”

Writing for the majority, Judge Jennifer Walker Elrod focused on the Supreme Court majority’s reasons for finding that the individual shared responsibility payment was permissible as a tax: it provided revenue for the government and was paid into the U.S. Treasury, based on “familiar factors” like income and dependents, and collected by the Internal Revenue Service.

“Now that the shared responsibility payment amount is set at zero, the provision’s saving construction is no longer available,” Elrod wrote. Most fundamentally, it no longer yields revenue and, as a result, also “lacks the other three characteristics that once rendered the provision a tax.”

Absent these attributes, the mandate can no longer be saved as a tax and must be read as “a command to purchase insurance,” she continued. “Under that reading, the individual mandate is unconstitutional because, under NFIB, it finds no constitutional footing in either the Interstate Commerce Clause or the Necessary and Proper Clause.”

Having found the individual mandate unconstitutional, the 5th Circuit remanded the case to the district court to determine which other ACA provisions would have to be struck down because of their link to the mandate. This “severability” analysis needed to be much more thorough than the lower court undertook the first time around, the majority noted.

“The district court opinion does not explain with precision how particular portions of the ACA as it exists post-2017 rise or fall on the constitutionality of the individual mandate,” Elrod wrote. The lower court emphasized the intent of the Congress that enacted the original ACA in 2010, but “the 2017 Congress had the benefit of hindsight over the 2010 Congress: it was able to observe the ACA’s actual implementation.”

The district court also failed to do “the necessary legwork of parsing through the over 900 pages of the post-2017 ACA, explaining how particular segments are inextricably linked to the individual mandate,” Elrod continued. This includes tangential provisions such as nutrition labeling and healthcare fraud, as well as insurance reforms that took effect years before the individual mandate did.

“The rule of law demands a careful, precise explanation of whether the provisions of the ACA are affected by the unconstitutionality of the individual mandate as it exists today,” according to the majority.

On remand, the district court also may consider the Trump administration’s latest position on the appropriate scope of relief. While agreeing with the state and individual plaintiffs that the entire ACA should be invalidated, in recent filings the U.S. Department of Justice (DOJ) has seemingly sought to limit the effect of such a step.

After changing its position on severability during the appeal, the DOJ made another shift “to argue that relief in this case should be tailored to enjoin enforcement of the ACA in only the plaintiff states—and not just that, but that the declaratory judgment should only reach ACA provisions that injure the plaintiffs,” Elrod wrote. The district court may consider these arguments on remand, including whether they were raised in time and whether Supreme Court precedent supports limiting the remedy in this manner.

Writing in dissent, Judge Carolyn Dineen King took issue with the majority on the plaintiffs’ standing to sue, the constitutionality of the individual mandate, and its severability from the rest of the ACA.

“Nobody has standing to challenge a law that does nothing,” King continued. Since nothing will happen to the individual plaintiffs if they fail to purchase health insurance, whatever injury they may have incurred by purchasing health insurance “is entirely self-inflicted.” And the higher coverage costs alleged by the state plaintiffs could not be attributed to the individual mandate after it became unenforceable.

Turning to the merits of the case, King argued that “[d]espite its seemingly mandatory language, the coverage requirement does not compel anyone to purchase health insurance.” The NFIB court found that individuals subject to the coverage requirement could lawfully forgo health insurance, and Congress has never amended the requirement itself to say otherwise, she added. “Yet even if one probes further, it boggles the mind to suggest that Congress intended to turn a nonmandatory provision into a mandatory provision by doing away with the only means of incentivizing compliance with that provision.”

King also disagreed with remanding the case for further severability analysis. The fact that “Congress declawed the coverage requirement without repealing any other part of the ACA” indicates “that Congress believed the ACA could stand in its entirety without the unenforceable coverage requirement,” she wrote.