As we enter 2020, millions of Americans and people around the globe will be looking back at what they accomplished or failed to accomplish in 2019 and looking ahead to the year to come. 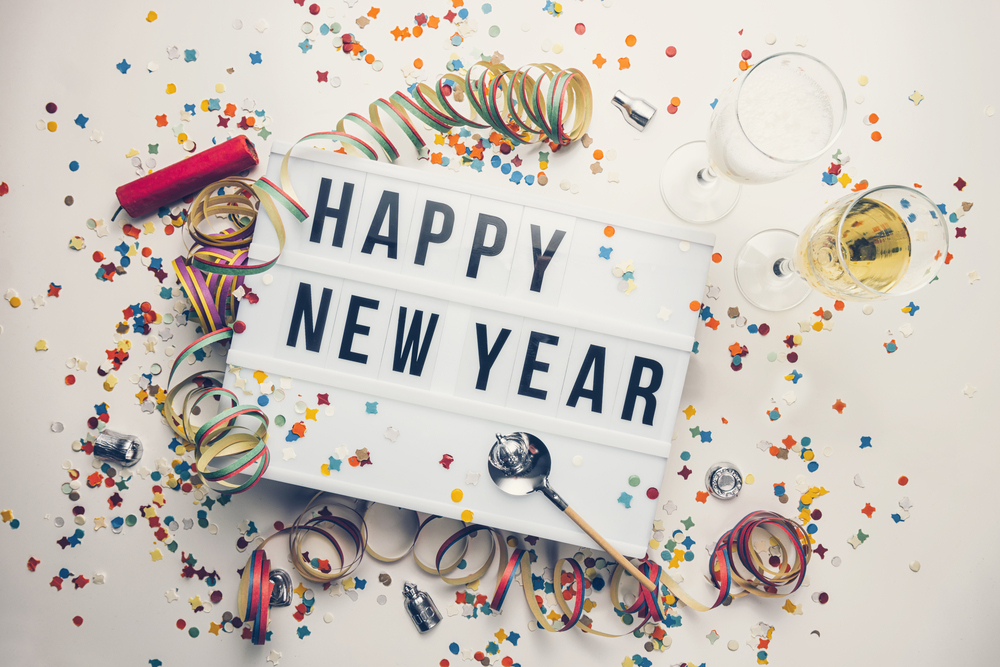 New Year’s resolutions are a key part of that annual ritual. It’s a time-honored tradition to formalize specific objectives for the new year, and while these are often personal in nature—lose weight, shore up finances, learn a new skill, etc.—the concept also has an obvious application to our professional lives.

Organizations of all sizes and the employees who fill their ranks are constantly setting short-, medium-, and long-term goals. New Year’s resolutions fit nicely into the medium-term category.

In this feature, we’ll look at how to properly set and achieve annual company goals to boost the odds of success.

The first step in achieving a New Year’s resolution is properly picking the goal in the first place. Goals should be ambitious so that they push the team to perform at their best, but they shouldn’t be unrealistic, which has the potential to damage morale if the goal isn’t met or discourage employees from even attempting what they perceive as an impossible task.

Benchmarking industry competitors and looking at the organization’s historical track record can be effective ways to determine what’s achievable and what might be too much of a stretch.

Additionally, goals should have real impacts on the company’s bottom line. If they don’t, they may simply be busy work or a waste of time, money, and energy that could be better spent elsewhere.

For example, a company might have a goal to boost customer utilization of the company’s online support tools. But to what end? Will it aid in customer retention? Will it reduce costs by limiting customer use of other, more costly support options?

The Importance of Champions

An official champion is critical to achieving annual goals. Companies that ignore this and try to promote collective responsibility are making a big mistake. As the adage goes, when everyone is responsible, no one is.

A champion should always be designated so that there’s less of a chance at the end of the year that everyone will point a finger at someone else if the goal falls short.Clear Accountability

Making it clear who is responsible for what—and by when—and holding them accountable to those deliverables are critical roles that champions play.

A Focus on Measurable Outcomes

When creating goals, it’s essential they be measurable in some objective manner. Your organization doesn’t want some team members to feel a goal has been achieved while others do not.

For example, success toward the goal of improving customer service could be viewed differently by members of the same team if it is not measured properly.

One team member might see the goal as highly successful based on his or her own personal interactions with a subset of the organization’s customers, while another might note that multiple customers were lost over the course of the year.

Neither is necessarily getting a full and accurate picture of the situation. The situation can get even more complicated when bonus structures and personal reputations depend on the success or failure of a goal, as there will be incentive to put a spin on the narrative.

“All goals and resolutions should be measurable and actionable,” says Mark Webster of Authority Hacker. “It’s easy to say, ‘I want to read more books,’ but that doesn’t really amount to much. How much is ‘more’ exactly? By putting a number or target on it, it allows you to really work towards something.”

With this in mind, the goal should also be easily adjustable. Nobody knows what the world has in store for the year ahead, and things could get in the way, or you could even find yourself doing better than expected with your goals.

In this case, it’s a good idea to pick something that’s easy to adjust accordingly so that if you fall behind, you don’t become disheartened and can easily scale things back.

Instead, key stakeholders should agree in advance on how the success or failure of a goal should be achieved. Using the customer service goal, one method could be to survey customers on current satisfaction and measure again at the end of the year using the same questions and methodology.

In this hypothetical, the goal might include a specific required increase so that even a marginal improvement could still fail to reach the goal.

Finally, annual goals should not be set at the beginning of the year and only reviewed at the end of the year. That is a recipe for failure. Instead, companies should review annual goals regularly throughout the year. The nature of the goal will impact how frequently this is practical.

For example, measurement of goals that require extensive data gathering may be appropriate only on a quarterly basis. The key is to provide the ability to evaluate the progress so that goals at risk can be addressed in sufficient time to change course before the end of the year.

We are notoriously unsuccessful at keeping personal New Year’s resolutions. But that doesn’t mean the concept of setting annual goals at the beginning of the year isn’t worthwhile in the workplace.

By thinking carefully about how to set and track goals, as well as putting the necessary support in place to facilitate their achievement, companies can use the New Year’s resolution concept to achieve meaningful results year after year and provide a boost in morale and engagement, as the team can look back at the goals reached over the previous 12 months.