As an HR manager, it is critical that you make a place for people with disabilities in your workplace. That includes remaining compliant with federal and state regulations, creating a welcoming company culture, engaging in interactive accommodation processes, and so much more. 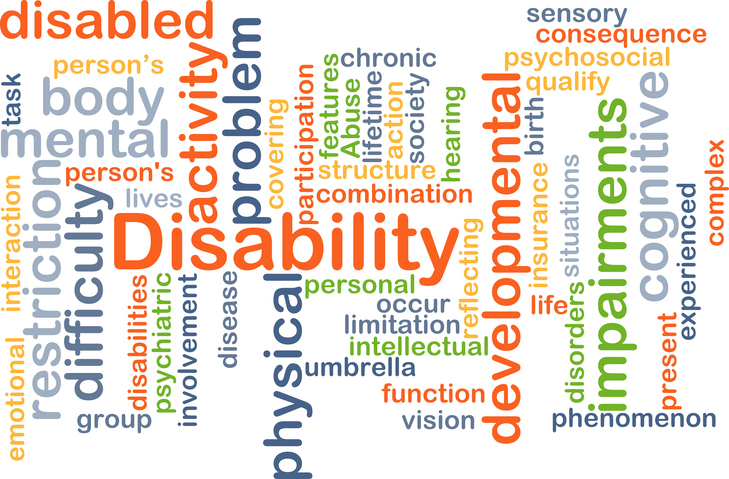 I recently spoke about this issue, specifically self-identification and disclosure, with Nadine Vogel, CEO and Founder of Springboard Consulting.

Not all disabilities are visible, which becomes an issue in a workplace environment where certain accommodations and compliance issues hinge entirely on whether an individual’s disability is known. Before we get into what those might be and how HR might approach those issues, it’s important to know the legal difference between self-identification and disclosure.

Self-identification, according to Vogel, refers to submitting an anonymous form on which you mark that you do, do not, or don’t want to say you have a disability. This is a required form under the Office of Federal Contract Compliance Programs (OFCCP) for any employee that is employed by a US Federal Contractor; meaning a company that generates at least $10,000 a year in revenue from a US government agency.

Disclosure is when someone with a disability goes to their manager, HR, or someone at the company and says “I have X” or “I have a disability and need an accommodation.” The terms disclosure and self-identification are often used interchangeably, which can be quite confusing.

Why Choose to Disclose or Not Disclose

When I asked Vogel about why people choose to disclose or not disclose, she began, “First of all, I believe that people should disclose if, when, and how they are comfortable doing so.” In other words, the goal isn’t to get people with disabilities to disclose—it’s to create a safe and supportive environment where they may disclose if they choose.

Vogel named two major reasons many choose not to report their disabilities. Vogel captures the spirit of the first reason when she says, “When we ask companies, company executives, why they think people don’t disclose or don’t want to, the answer is, ‘Well, because they’re worried about how they’ll be treated once they do.’ And yes, that is very true.” However, that is not the whole story. Vogel believes that a bigger reason “why they don’t disclose that is one of the responses is often that they don’t know how.”

So, while fear of consequences might be a concern, many simply don’t have the information. Vogel unpacks that when she says that “it means we train managers if someone discloses how to respond, what to say, and what to do. We don’t train people with disabilities how to disclose.” A consequence of this lack of knowledge is that people with disabilities think they disclose incorrectly. “That is, in fact, what may hurt them down the road because of the way in which they will disclose,” says Vogel.

Why Disclosure Is Important

Vogel used a personal example to illustrate one reason self-disclosure is important. She has two adult daughters with disabilities and said, “One is visible, and one is invisible. The one for whom it is visible involves facial deformities, so people make assumptions that she has a cognitive impairment, which she does not at all. She’s a college graduate.” If someone like her daughter doesn’t disclose his or her disability, some might make assumptions, “and they’re the wrong assumptions. They act upon wrong assumptions in the way they may offer her a job or not or assume what kind of accommodations she needs,” explained Vogel.

How those with disabilities feel about themselves also plays an important role in whether they choose to disclose. Vogel said, “Others disclose because they want to be able to feel like they can bring their whole self to work. And it’s hard to do that when you know you’re hiding something. To me, that’s so important.”

Additionally, not all disabilities remain at a specific level forever. Some get worse over time. Vogel uses the example of muscular dystrophy and said, “It’s an example of something that could be invisible today but over time, become more visible. By waiting to disclose until the symptoms become visible, the employer may think the employee has been intentionally hiding it. Having said that however, it is still a personal decision.”

When companies do the bare legal minimum, they rarely solve the problem. Vogel said, “Compliance is really a very minimal standard. They can a compliant website, but it’s not always necessarily usable by people with different disability types.” The recent Supreme Court decision against Domino’s Pizza provides an excellent example.

Another reason organizations should really consider doing more to encourage an inviting and safe place for disabled workers involves diversity of thought. Vogel suggests, “There is nothing like individuals with a disability to be innovative—meaning, the way in which they need to do things, often just because of their disability, is extremely innovative.” In other words, necessity is the mother of invention. She adds that what “companies have to realize is that it is a social right for people to earn a living, whether they have a disability or not. But at the end of the day, if they want productive, innovative employees (and, by the way, with longer retention and average to above-average attendance records) and they truly want to profit from 100% of the population, not just 70% or 80% of it, then they should do this.”

How to Go Beyond

There are many approaches and methods organizations can use to create safe, comfortable, and inviting workplaces for people with disabilities. Vogel has a few suggestions and begins with what she calls the number one global best practice: “the delivery of a disability etiquette and awareness training.” She notes that disability-related training often focuses solely on compliance. Vogel says, “HR needs that, but not everybody in the organization needs it. And that should not be the basis for making sure that the end-to-end experience of the candidate or employee is appropriate.”

Vogel explains why etiquette and awareness training is more practical than basic compliance training with an example: “If I go to shake your hand and you have a prosthetic device or a hook, do I know what to shake? Or, if we’re having a conversation and you’re in a wheelchair, should I sit, stand, or kneel during that conversation and why? We have to give people the tools because often the mistakes are from a lack of comfort. If someone has never personally experienced having a friend, a relative, or a coworker with a disability, there’s fear, and there’s bias.”

Without training, managers and employees might make people with disabilities feel unwelcome, even if they don’t intend to. Vogel explains, “It’s not that they’re trying to be mean, but if they’ve never had the experience before, they only have so much that they can bring to the table. If we arm them with tools on how to appropriately engage and do so in a way that makes you feel comfortable, as well as the person with the disability, a lot of this changes very quickly.”

When I was interviewing Vogel, I was embarrassed that I did not know what to do in her two scenarios. I was not aware of the correct way to shake hands with someone who has a prosthetic device or hook, nor did I know whether I should sit, stand, or kneel during a conversation with someone in a wheelchair. I asked her what was appropriate to do in these cases. She said that if the hand extended is prosthetic or a hook, you should shake that “because for them, that is their hand.” If the extended arm ends at the wrist, you should shake the person’s forearm.

In the other scenario, it’s about being eye level with the person. She doesn’t suggest kneeling (as you might with a toddler or pet) but rather to sit down “on a stool or chair or something” that lets you be on eye level.

My discussion with Vogel helped me understand a simple truth: There are so many scenarios concerning etiquette and people with disabilities that I just never thought of and scenarios in which I would simply not know what to do. It perfectly illustrates why hiring managers and employees should be trained on some of these scenarios, in combination with other efforts, to make people with disabilities feel welcome and safe in their company.

If you are someone with a disability, work with people with a disability, or have family members with disabilities, we would love to hear some of your etiquette tips. We want to develop a helpful list for our readers of various thoughts and ideas surrounding this. Please feel free to e-mail me at jdavis@blr.com, and we will, of course, respect your anonymity and privacy.