Imagine two résumés showing equally desirable qualifications. One belongs to a thin applicant and the other to an applicant viewed as overweight. Which candidate gets the job? An even more intriguing question: What if the heavier applicant had a more impressive résumé than the thinner candidate? Which candidate would get the job in that case? 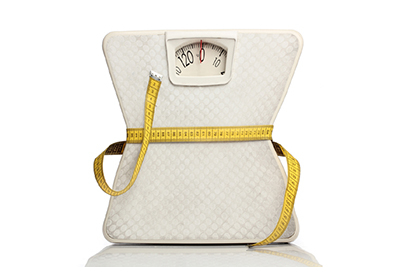 Recent research shows the thinner applicant would have the advantage—even if not as qualified as the higher-weight candidate.

A recent report from CNBC cites a Harvard study showing that overt, or explicit, bias based on race, sexuality, and weight decreased between 2007 and 2016, but overt weight bias saw the smallest decline.

In addition to explicit bias, the researchers looked at implicit, or unconscious, bias and found that bias based on race and sexuality still showed some decline during the years studied, but unconscious bias against high-weight people actually increased.

In the CNBC report, Mary Himmelstein, an assistant professor at Kent State University, explained that usually, as people interact more with those who are different from themselves and form relationships, bias tends to lessen, but that’s not happening with weight bias. Instead, she said high-weight people are seen as being less hirable and having less supervisory potential and are often hired at lower salaries.

“Where you start on the ladder is very important for where you end up on the ladder for salary, so if you start low at salary, that means that even if you’re getting increases and bumps, you’re essentially going to stay lower,” Himmelstein said.

Bias also can result in harassment. The report cites a paper Elizabeth Kristen, an attorney with the Legal Aid at Work organization in San Francisco, California, wrote for the University of California, Berkeley Law Review in 2002. In her research, she found instances of workplace harassment that would seem to be more common on a grade school playground than in a professional environment.

Despite evidence that discrimination based on weight is a problem in the workforce, it’s not specifically addressed in federal law or state law in 49 of the 50 states. Only Michigan has a state law that includes weight and height among protected characteristics. A few cities also have laws against weight discrimination.

The Michigan law, the Elliott-Larsen Civil Rights Act, has been on the books since 1976, but weight discrimination cases are rare, Gary Fealk, an attorney with Bodman PLC in Troy, Michigan, says. But sometimes, weight claims are added on to claims under the federal Americans with Disabilities Act (ADA) and the Family and Medical Leave Act. Also, weight harassment claims sometimes are included with sex harassment claims, “but overall there are few weight claims alleged,” he says.

Katherine E. Stuart, an attorney with Genova Burns LLC in Newark, New Jersey, also sees limited opportunities for weight discrimination claims under federal laws. She points out that the ADA defines disability as a “physical or mental impairment that substantially limits one or more of the major life activities of the individual.”

“The vast majority of federal courts agree that under the ADA, obesity is only considered a disability when it is caused by an underlying physiological disorder,” Stuart says. “Rather, weight is considered a physical characteristic, like height, or left-handedness.” Therefore, employment decisions based on weight alone generally don’t implicate the ADA. “However, a minority of federal courts have held that obesity alone can constitute an impairment,” she says.

Stuart also says it’s possible weight could be implicated in the federal Genetic Information Nondiscrimination Act (GINA). “I am not aware of a GINA case involving weight discrimination,” she says. “However, there is a potential for future weight-based litigation under this federal law to the extent an employer might impermissibly use genetic information based on an employee’s or an employee’s family member’s inheritable predisposition to developing an abnormal weight condition, disease, or disorder.”

What Employers Can Do

Promoting awareness of the issue and training the workforce are tools employers can use to combat the problem. Fealk says when his firm conducts workplace antiharassment training, they discuss weight discrimination and harassment in addition to the more common sources of legal claims, such as sex and race discrimination.

Employers also need to keep in mind the various ways weight discrimination manifests itself. It goes beyond hiring, compensation, and harassment. Sometimes, high-weight people also are relegated to jobs where they’re not visible to the public. Fealk says employers “should focus only on legitimate business reasons for their personnel actions”—for example, qualifications and work performance.

Stuart also urges training and a focus on legitimate reasons for workplace decisions. In her state, the New Jersey Supreme Court has stated that the goal of the New Jersey Law Against Discrimination is the “eradication of the cancer of discrimination.”

“With that goal in mind, it is clear that the best antiharassment training includes lessons on implicit bias,” Stuart says. She also notes that some courts have hinted that implicit bias is not an acceptable rationale for employment decisions. For example, the 3rd Circuit Court of Appeals has cautioned that a defense to disability discrimination “cannot be based on fears or uninformed attitudes about the disability” (Verzeni v. Potter, 2004).

“This underscores the importance of recognizing implicit biases and preventing them from appearing in workplace decisions,” Stuart adds. “It is also a reminder to employers that when they impose standards on an employee’s weight, they must be able to adequately defend their rule.”