Conversations surrounding the future of work often take a similar bent: The robots are coming, and either they will destroy the modern workplace as we know it or everything will be fine. According to one expert, however, we are having the wrong conversation when it comes to the future of work. Forget artificial intelligence (AI) and robots, and start thinking about the future of learning. 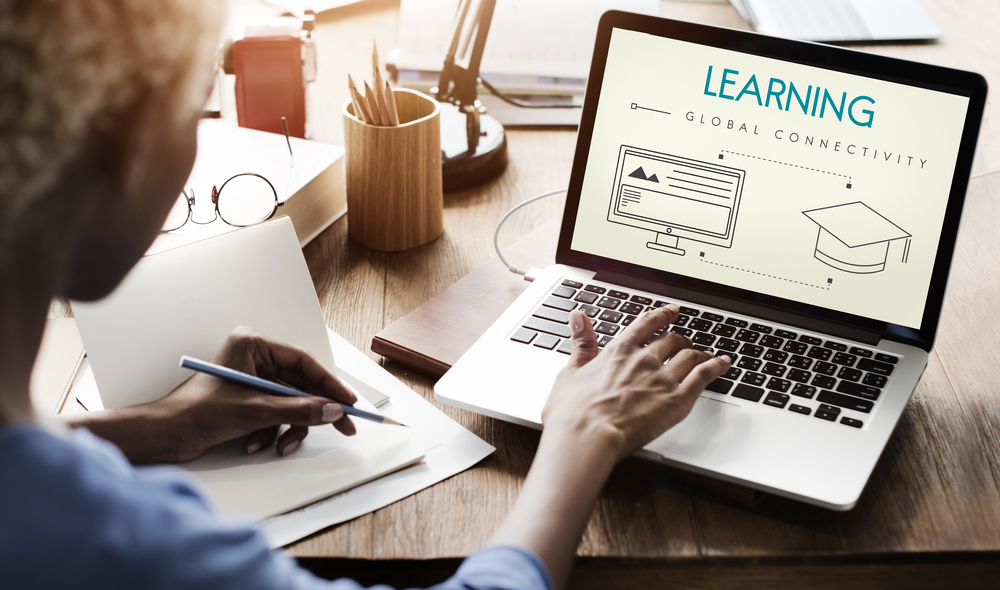 That expert is Steve Cadigan, a talent hacker and advisor. While AI, the gig economy, and other factors will play a large role in the future of work, there are other more imminent matters that need addressing. Cadigan calls that need the future of learning.

The Future of Learning

We hear a lot about the hiring crisis. As organizations look to onboard talent and build organizational knowledge, they become hampered by the lack of skilled talent or the constant loss of those with the appropriate skills. Cadigan is no stranger to this challenge. He says that no matter where he consults, be it in North America, Western Europe, or Canada, “I hear the same thing, which is, ‘Oh my gosh, we can’t hire people with the right skills/can’t find people with the right skills. People are not staying as long as they used to.’”

The instinct by many is to solve this problem with new and better recruiting strategies. Of course, a critical part of your plan must involve a great recruiting strategy. However, Cadigan says, that simply will not fix the problem.

To better understand why, consider the average tenure of employees aged 20–35. Cadigan says that “in the U.S., the average is 2.8 years. And that’s been on a steady decline.” Hire all the employees you want, but if they are leaving every 2–3 years, the skill gap at your organization will not only persist but also fluctuate wildly.

Some may instinctually start pointing fingers at “those darn Millennials” and wonder why they just can’t work the same job for their entire career. There are many good reasons. One has to do with the length of time a skill stays relevant.

Cadigan weighs in when he says, “When I graduated in 1986, I think the expectation was what I had learned would probably carry me through most of my career, and I wouldn’t have to really relearn something or learn something new. And the research today is suggesting that the shelf life of a skill that’s valuable to you in the market has shortened to around 5 to 10 years.”

I’ve heard that number before. In fact, I’ve always heard you have 5 years before your skills are obsolete. What does that mean for the average worker? It means if you are not in a work environment that constantly refines and adds to your skills, you will be impossible to employ in a few short years. Cadigan says, “If I’m an employee today, and I don’t feel like I’m growing and learning and being more valuable for tomorrow, I’m going to leave and go somewhere where I think I can learn more. And I think it can make myself more valuable tomorrow.”

Cadigan speaks to groups of executives all the time, hoping to get them to understand that the shift in how people work is not a moral failing but rather a systemic one. He asks those executives to imagine a scenario:

Imagine you were 20, and you had infinite visibility to opportunity, which the generation before us didn’t have, and you could see what a job will be like, what’s cool, what isn’t cool, what the culture is like, and what the leadership style is like. Imagine you can see more of what’s possible with what your skills are than ever before. Are you willing to tell me if you had that, you’d still be working in the same company for 25 years? I don’t think so.

There is another issue contributing to why people are not staying at organizations. Cadigan asks his same audiences: “By the way, are any of you CEOs promising long-term employment? So why do you expect a promise of long-term engagement or long-term tenure when you’re not even promising it?”

That is the main issue. Workers need to know that they are going to be supported for long-term employment if they intend to stay for a long time. Without that security, the incentive to remain at an organization while your professional development stagnates is not great.

How can organizations continue to grow if they can’t secure long-term talent? Cadigan has a somewhat radical idea. He says, “The new job security is not having a job; it’s being able to find a job. And I almost think the new method of recruiting should be, ‘Come join my company because I’m going to help you leave it.’” He adds, “We shouldn’t be fighting to keep people for a long time. We should be fighting for tomorrow because that’s going to keep them with you.”

The idea is novel, and it might not be what many organizations want to hear, but there is something to it. Showing talent that you understand the current state of the workplace and that you value them enough to try to evolve their career, wherever it may be, can help them feel at ease in their work environment.

Understanding why skills have such a short half-life can help characterize the solution. Cadigan says, “The more agile my workforce is, the higher the learning velocity. And I think it’s a term we’re going to hear a lot more: ‘learning velocity.’” In other words, if skills are obsolete quickly and workers are bouncing around to make sure they don’t stop learning, then teaching skills faster needs to be part of the strategy.

Cadigan says that instead of focusing on recruiting, companies should “double down on growing their team and making them more adept and agile and making sure that the system of value creation at their company includes lots of learning.” He adds, “Learn as a company how to constantly create work in a way that people are learning while they’re working so that we can evolve and we can build that kind of learning culture.”