The White House announcement of four nominees for positions on the Equal Employment Opportunity Commission (EEOC) and the National Labor Relations Board (NLRB) means the Trump administration is making progress filling agency posts, but even if all the new nominees are confirmed, the NLRB will still be left with one open seat. 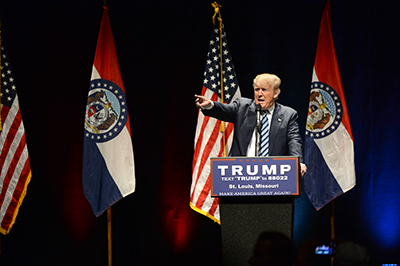 On March 2, the administration announced Trump will nominate Jocelyn Samuels and Andrea R. Lucas for the two vacant seats on the EEOC. For the NLRB, he will nominate current NLRB member Marvin Kaplan for a new term and former member Lauren McFerran for another term.

Samuels is the executive director of a policy institute at the University of California, Los Angeles and has previously served in the civil rights offices of the U.S. Department of Health and Human Services and the Department of Justice. Earlier in her career, she was an attorney at the EEOC, labor counsel for Senator Ted Kennedy, and held a position at the National Women’s Law Center.

Lucas is an attorney in the Washington, D.C., office of Gibson, Dunn & Crutcher and has represented clients before the EEOC and other agencies.

Nita Beecher, an attorney with the Fortney & Scott, LLC law firm in Washington, D.C., says she doesn’t think the EEOC nominations signal a change in direction for the agency. She points out that in the Trump administration’s early years, the agency was a continuation of the Obama EEOC, since there were two Democrats—Chai Feldblum and Charlotte Burrows—and just one Republican, Victoria Lipnic.

Since then, though, Feldblum’s term has ended, and now the commission is made up of two Republicans—Janet Dhillon, who serves as chair, and Lipnic—and one Democrat, Burrows. Confirmation of the new nominees would give the commission a 3-2 Republican majority.

“With the new chair and a majority of Republican commissioners, I expect the EEOC to follow the Trump administration’s lead on civil rights issues, including religious rights and once the Supreme Court rules on LGBT as well,” Beecher says.

The Samuels nomination may trigger controversy stemming from her advocacy on behalf of LGBT issues. Beecher says it seems Feldblum’s renomination was doomed because of her LGBT activism, but that may not sideline the Samuels nomination, since reports indicate the EEOC nominations will be approved as a package.

As for Lucas, Kevin McCormick, an attorney with Whiteford, Taylor & Preston, L.L.P. in Baltimore, Maryland, says she appears to be a solid choice and should have a good understanding of employers’ concerns. As for Samuels, he expects a difficult confirmation “because of her very liberal views on workplace issues.”

“I think that it’s a positive development to have Member Kaplan serve a fresh five-year term,” McCormick says. “As long as the Republicans maintain three members, the Board will have a quorum and a majority to continue to revisit and revise Obama-era policies, many of which were harmful for employers.” If McFerran is confirmed, McCormick expects her role to be largely a writer of dissenting opinions.

Even if both nominees are confirmed, the Board will still have an open Democratic seat. That won’t matter, McCormick says, since the Board will have a quorum with three Republican members. “I do not believe that the Trump administration will be in any hurry to fill the last position,” he says.

Beecher also expects the Board to continue to overturn Obama-era NLRB decisions, through both case decisions and rulemaking.