The U.S. Department of Labor (DOL) continues to issue guidance related to the various actions the government has taken intended to ease the blow COVID-19 has struck against the nation’s workforce. 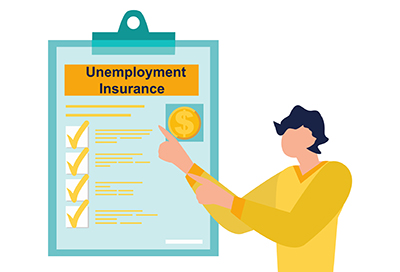 Among the actions taken by the federal government is assistance to states as they implement the Coronavirus Aid, Relief, and Economic Security (CARES) Act, including the Pandemic Emergency Unemployment Compensation (PEUC) program, which enables states to provide up to 13 weeks of federally funded benefits to certain individuals.

Even with the costs being federally funded, employers may still question just how the enhanced unemployment benefits may eventually affect their unemployment insurance taxes.

The April 10 letter is aimed at state unemployment programs, not employers, Jason Boulette, an attorney with Boulette Golden & Marin L.L.P. in Austin, Texas, says. But it does confirm “the costs associated with this particular federal expansion of unemployment will not be passed on to them,” he says. “Indirectly, the guidance is a salve for companies concerned about the effects of furloughs and layoffs on their employees.”

Although the DOL’s guidance appears to mean the costs associated with the PEUC program can’t be passed on to employers by the states, “it doesn’t change the fact that states are paying out record numbers of claims, which will ultimately have to [be] dealt with,” Boulette says.

Boulette’s state, Texas, has said benefits paid to former employees as a result of COVID-19 won’t be included in the employer’s future tax rate calculations. “While I believe that to be true, Texas may ultimately have no choice but to increase replenishment rates if the number of claims threatens the solvency of the unemployment fund (even with federal support),” he says.

Marylou Fabbo, an attorney with Skoler Abbott in Springfield, Massachusetts, also says that because the new law provides funding to the states to administer the program, it’s unlikely the state will indirectly pass on the federally funded expenses to employers by means of an increase in their experience ratings, but when an employee receives unemployment benefits, “the employer foots the bill one way or another,” she says.

But the fact that the federal government is supplying the funds to pay the claims “should have a positive impact on what would otherwise be an employer’s expense,” she says.

“Employers should have some sense of reassurance that the federal Employment and Training Administration (ETA) is taking significant steps to reduce the potentially devastating and long-term impact on their employees who are being laid off or separated due to COVID-19 related issues,” Fabbo says.

Timothy C. Cavazza, an attorney at Whelan Corrente & Flanders LLP in Providence, Rhode Island, also says the latest guidance confirms states may not charge employers for “any” PEUC benefits paid to eligible individuals, but “all employers should still do their part by accurately completing and returning all paperwork received from state unemployment agencies concerning their laid-off and furloughed employees to help ensure that only eligible individuals receive benefits.”

According to the DOL’s April 10 announcement, individuals qualified to receive the federally funded benefits for up to 13 weeks under the PEUC program are those who:

The DOL’s ETA also has provided guidance to states regarding two other CARES Act unemployment programs. Under Federal Pandemic Unemployment Compensation, states will administer an additional $600 weekly payment to certain eligible individuals who are receiving other benefits.

This Pandemic Unemployment Assistance (PUA) program assists individuals who don’t qualify for regular unemployment compensation and are unable to continue working as a result of the coronavirus, including self-employed workers, independent contractors, and gig workers, the DOL’s announcement says.

More information from the DOL on coronavirus topics is available at www.dol.gov/coronavirus.