Today’s “Faces of HR” is a little different because we have with us an HR manager who works in Berlin, Germany. She found herself doing the job of her supervisor, who is out on maternity leave. The situation has given her a unique perspective on parental leave. 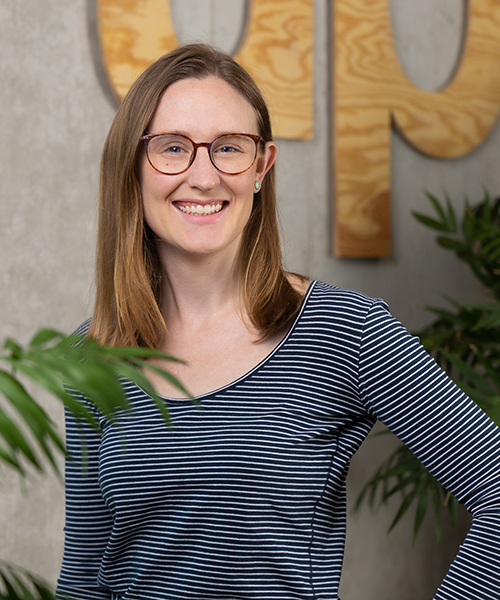 I understand you are located in Berlin?

Yes. I’m American myself, but I’ve lived in Europe for about 8 years.

What would you say got you into HR?

I studied sociology in college, and I really wanted to be abroad. After working abroad for a couple of years, I decided I wanted to do something that had something to do with my studies, and that’s when I got more serious about HR.

It’s a thought I had in college when looking into career paths—that moment when you think, “Oh my goodness. I really have to figure out what I’m going to do later.” Much later—I don’t know, 5 years later—I came back to that thought, and that’s when I got my first job in HR.

Did you choose very carefully which organization you wanted to work with?

To be really honest, at that time, no. At that time, I was not only trying to start a career in HR but also trying to start a career abroad. I was already in Berlin at that point, and for me, I was looking to get a job with a company in Berlin that would accept my halfway-decent American German and still work in HR. Those were my requirements at the beginning, and I was extremely fortunate to join a company that had a great HR team and where I learned a lot.

Not every job is accessible in a foreign country when you are not fluent. How did that work?

That was how I got started as a recruiter because there, we were recruiting English-speaking people, so it didn’t matter if my German was perfect or not at that point.

Yes, what a great way to practice. How did you like recruiting?

I really liked it! It was also surprising to me that I liked it so much because I don’t consider myself a competitive person. At that time, the only context I had for recruiters was headhunters. Then, I got the chance to work with some really talented recruiters at my first company, some really passionate recruiters, and I learned what recruiting means for them.

Why don’t you tell us a little bit about the situation you found yourself in recently?

Yes, so right now, and actually for the past year—I started in February 2019—I work for Productsup; we are a Berlin-based e-commerce data integration company. What we do is help brands and retailers—for example, Ikea or Superdry—manage their product data so they can advertise and sell on channels like Google, Amazon, Facebook, Walmart, etc.

So you took over the other HR person’s job because she’s on maternity leave?

Yes, exactly. I started as an HR manager, and then, as we already talked about, my boss, Meike Jordan, went on maternity leave at the beginning of March, and I will be effectively in her position for the next 14 months.

Wow. Is that a standard maternity leave package there?

In Germany, we get a lot of government support for becoming parents. What I’ve seen, or all of the mothers I know and also all of the cases I’ve seen at work, is that mothers, especially, generally take off at least a year. That’s not including an extra maternity leave they get. So you get a maternity leave before the birth, and then you get a parental leave after the birth.

Yes, so I think a really common amount of time is 1 year, but you can also extend that.

Do you have any conception of what the return-to-work stats are like over there for new mothers?

I can’t speak for general stats. I can speak for our company. We have had, let’s see, one, two … In the past year, we’ve had one person return, and this year, we are going to have three mothers leave.

I already have one planning on returning in the fall. And then, of course, we’re still working out the leave periods for the other ones. But the way we go about it, we always have a meeting before they go on leave, and we talk about their plans really openly with them.

I think if people feel like they’re respected, it really helps. It really is a gift to be able to spend that much time with your kid in the first year; we got 12 weeks. They’re just starting to form a personality at that time, and it was hard going back.

At the same time, what I have noticed—we had one person come back at the beginning of March. She was gone for, I think it was a year or 14 months. It was quite long, and she actually came back to a new position. She came back, and she was promoted to team lead.

What we saw there is that while she really enjoyed her time at home, she came back with this new energy to put into work because that’s something that had been missing for her over the past year, as well. So that’s also been something really nice to see and observe in her.

Were you happy to step into this role while your coworker is off taking care of her family?

Yes, I mean, for me, it was a big chance, to be honest. My boss leaving the company and then effectively offering me her position is a great opportunity for me to try out management. That’s the first thing. I haven’t been a manager before, so this is my first time doing that. It’s a great opportunity there, and it’s also a good opportunity to be an HR leader. I did a lot of projects in the past. I work on a lot of different things in HR, but now, I am the decision-maker, and that’s also a really great experience to have.

Will that change when she comes back?

Most likely. We plan for her to come back in the same position she left. We’ve had some conversations about how it will look when she comes back, but nothing is set in stone yet.

What an interesting position. I’m not sure I’ve heard of anything like where you would get this not-so-temporary promotion, you’ll be doing the job for over a year, and then you’ll potentially have to go back to your former role. Have you had any issues with that elsewhere in the company, or have you heard any issues? How do you guys navigate that?

We haven’t had a situation quite like mine before. I told you about the one who’s coming back to a higher position essentially. She came back as a team lead, and before, she wasn’t. We have another situation in which somebody will come back later this year and potentially want to have a different position than the one she left.

These are all conversations we definitely have with these people, and we handle them basically on a case-by-case basis. Like we talked about before, it’s important to us that these people come back to work. We want them on our team, and we want them to stay with the company. So working with them and understanding what they need, what they want, and what sort of development we can offer them are also really important.

Do you guys have multiple locations?

Yes. We’re over 90 people in Germany now. Then, worldwide, we have probably about 30 more people in London, in New York, in Sydney, and in Paris—and then some remote workers, as well.

Do you extend the same policies to everyone?

That’s a good question. In Germany, we’re really lucky to have the government support to make it possible to have this really generous parental leave scheme. For the different markets, we haven’t had cases yet for parental leave in those areas. However, what we do in that case is work with local HR experts to help us make a plan for how we would handle it there.

Of course, we would like the people who work in those markets to have benefits similar to what people in those areas have. Therefore, we look to experts.

For the example of the United States, if we had a case, we would talk to our HR expert there, and she would help us set up a policy.