Diversity and inclusion—both are words employers have focused on for years now. And more recently, equity has joined the list of terms getting attention from forward-thinking organizations. 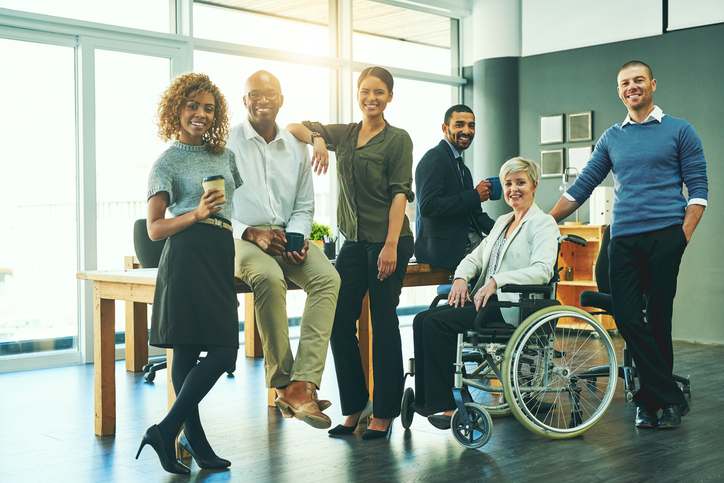 But “balance” and “belonging” may be even better ways to approach efforts to improve an organization’s culture, according to Aubrey Blanche, global head of equitable design and impact at Culture Amp, a company offering performance and engagement solutions to employers. But no matter what words are used, data are key to getting results.

Blanche says the transition to diversity, equity, and inclusion (DEI) represents a maturing of the way organizations think about creating culturally healthy organizations.

Once the focus was on benefiting from having a diverse workforce—one made up of people from various backgrounds with differing strengths and points of view. Then the emphasis moved toward incorporating inclusion into the picture, meaning organizations tried to create environments where a diverse group of employees felt respected, supported, and valued. Equity—more than equality—is another important component because it focuses on giving individuals what they need to thrive.

Blanche uses the example of a step stool to illustrate how equity differs from equality. She is short, so to get something off a high shelf, she needs a step stool. An equality approach would make sure everyone in the organization had a step stool, even though a tall person wouldn’t need one.

Focusing on equity instead of equality means she gets a step stool because she needs one, and the taller people in the organization get the tools they need to succeed instead of getting the step stool they don’t need.

More Than a Rebrand

Blanche sees another maturation in the language of DEI with the addition of the concept of “belonging” to the mix. She says it’s easy to see this “as just a rebrand,” but focusing on belonging is truly important to drive progress.

Every human being has a fundamental need to belong, Blanche says, and focusing on belonging puts the onus on an organization to provide an environment that will allow an individual to flourish. She says data show that underrepresented people are less likely to feel they belong, and belonging is a key factor in an employee’s decision to stay or leave an organization.

When an employer sees employees from underrepresented groups leaving, those employees should be seen as the canaries in a coal mine. When the employer sees them leaving, “the solution is not to throw 15 more canaries in the mine,” Blanche says. Instead, employers should understand what’s broken and examine how they can align their processes with their DEI program.

What Helps and What Doesn’t

Blanche says employers have a lot of tools they can use to improve their culture, but they also need to look at what doesn’t help. Training, for example, can be invaluable, but companies that only roll out training without also making changes based on feedback and performance aren’t going to see results.

Another practice that holds employers back is the use of grade point averages (GPAs) in the hiring of entry-level employees. Data show people with economic advantages are the ones with the high GPAs, Blanche says, and strictly sticking to a certain GPA standard leaves out a lot of talented people.

Sometimes a student who works a job while going to school will have a lower GPA than someone who focuses entirely on classes, but the candidate with work experience and a lower GPA may make the better employee.

Employers that just hire from elite universities also may be missing out, Blanche says, because data show that going to a top university is more a predictor of how much money a student’s parents make than how the student will do on a job.

Blanche says too often, leaders are required to quickly show results to continue justifying support for their work toward promoting DEI. For example, if a CEO asks for more female engineers, that can be accomplished through marketing the jobs in ways likely to uncover the desired candidates. But employers need to think more long term, she says. They may be able to make the right kinds of hires but not be able to retain them.

A lot of leaders talk about how much they’re committed to DEI, but they’re not willing to build it into the budget, and they’re the ones who lose the talent wars, see weaker financial performance, and get sued, Blanche says.