You knew it was coming. The backlash always does. 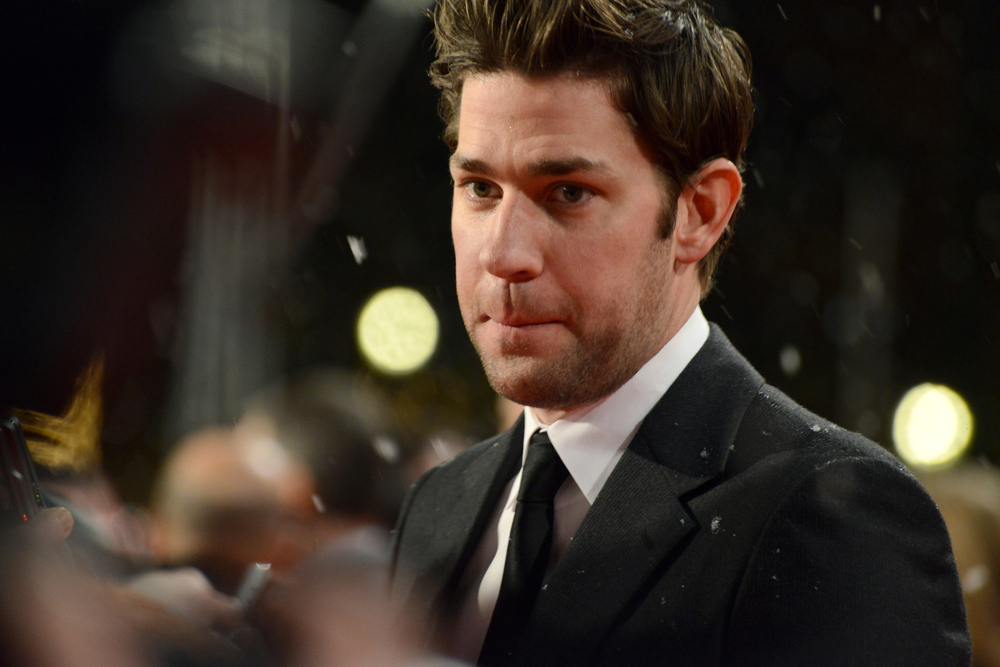 In the beginning, it was all roses and butterflies. When John Krasinski debuted his Some Good News series (also referred to as SGN) on YouTube during the pandemic, it was a welcome respite from the doom and gloom otherwise reported on the news.

Personally, as a fan of the show The Office, a fan of Krasinski himself, and a fan of uplifting stories, SGN was right up my alley. Call me a sap if you want, but I’m not alone. SGN became a viral sensation, providing entertaining, funny, and heartwarming stories of people doing their very best, for themselves and for each other, during these difficult times.

It was refreshing to see a series devoted entirely to, for lack of a better term, good news. You got to see the better angels of our nature and witness how community, friendship, and family could come together in otherwise dark times.

No one felt the love more than Krasinski, who was lauded for producing, writing, and starring in this low-budget endeavor, which was provided free to the masses so the public could enjoy SGN and have a few minutes in their day be devoted to something that could lift their spirits.

But all good things must come to an end. Krasinski announced, during his eighth episode, that this would be his last, at least for a while. The public understood—as a working actor, writer, and director, he surely had other endeavors to pursue—and appreciated him for taking the time to create something as pure as SGN.

And then it happened. It was announced that Krasinski had sold SGN to ViacomCBS; that future episodes of SGN would be available on CBS All Access; and that while Krasinski would not be starring in the show, he would serve as an executive producer and potentially, and occasionally, appear from time to time.

The backlash was swift. Comments flooded the Internet accusing Krasinski of being a sellout by taking something as pure and uplifting as SGN and turning it into a commodity that may not even be available to nonpaying customers.

It doesn’t matter that full details are not yet available. All that mattered to some was that Krasinski seemingly took something that was created for altruistic reasons and made money off of it.

Personally, I don’t besmirch people who are doing what they believe is best for them and their family, within reason, and who knows—maybe more information about this deal will be released that will make us understand that there are some positive aspects of SGN continuing on in this new format. For now, the only thing one can be sure of is that the backlash is always coming.

Avoid a Backlash in Your Office or Workplace

The same is true in today’s employment climate. Even the most ardent believer of continuing social distancing personally misses normal life—the ballgames; the gatherings with family and friends; and, of course, child care (that doesn’t mean I love my kids less). And there are many people who just want to get back to work and provide for their families and will be happy when employers are able to open up shop.

But as this happens, employers will face backlash if they don’t adequately provide a safe environment for their employees. The Occupational Safety and Health Administration (OSHA) has recently provided guidance for employers on how to safely open up their workplaces. But along those lines, OSHA has also stated it will increase its workplace inspections and require employers to record COVID-19 cases in the workplace under certain conditions. You can bet employees will have OSHA on speed dial if they feel their employers aren’t adequately protecting their safety.

Some employees will instead fear going back to work. Employers will then be put in the difficult position of managing the morale of their workforce and may face backlash if they don’t treat their workers consistently, which could result in taking adverse actions against employees who have exhausted, or don’t qualify for, the additional federal and state protections recently enacted during this pandemic, including expanded Family and Medical Leave Act (FMLA) leave and paid sick leave.

Even when some good news in the form of reopening businesses occurs over the next several weeks and months, employers must be aware that their actions after reopening will be subject to backlash, and potential liability, if they don’t act in accordance with the expectations of their workforce. It is important for employers, now more than ever, to have a game plan, which includes not only legal compliance but also appropriate messaging for their employees.

The backlash against Krasinski may not have been as bad had the announcement of the deal been messaged in a different manner rather than simply announced (or perhaps leaked) without any further explanation.

There was no context to the news, only that Krasinski had “sold” SGN to a big corporation, which suggested to some he created SGN to make money. Employers should take care that their message (i.e., the expectations of their workforce, as well as the measures they are taking to keep their employees safe) is appropriately conveyed so that instead of surprise—and eventual backlash—there is understanding and clarity.

If employers can achieve that, then perhaps there will be some good news for the future.