The revamped Paycheck Protection Program (PPP) is expected to benefit many employers, but it also adds complexity and requires considerable analysis to avoid pitfalls, according to attorneys who focus on employment matters. 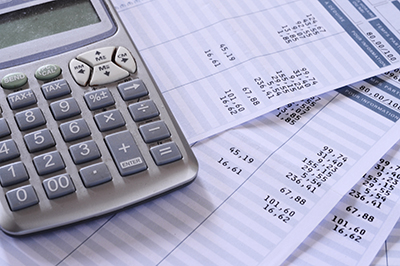 Both the House and Senate overwhelmingly passed the Paycheck Protection Program Flexibility Act in an effort to address what many employers considered shortcomings of the original program, which is part of the more than $2 trillion Coronavirus Aid, Relief, and Economic Security (CARES) Act. President Donald Trump signed the Flexibility Act on June 5.

Here are the key changes to the program:

Robert T. Luttrell, an attorney with McAfee & Taft in Oklahoma City, says the changes help some employers, but the continuing changes introduced by the Small Business Administration (SBA), the agency administering the program, and the new legislation bring “tremendous complexity” and make planning difficult.

One of the changes allows borrowers that already have PPP loans to choose whether to keep the 8-week covered period or opt for the new 24-week period. A potential problem presented in the new legislation centers on the rules related to how the money is spent.

On forgiveness for employers that aren’t able to fully restore their headcount or that call back employees who decline to return, the new law requires them to document an inability to hire similarly qualified employees, Luttrell says. “It does provide a safe harbor if the employer can document the reduction was based on an inability to return to the same level of business activity due to federal requirements,” he says.

The new bill also authorizes PPP loan recipients to a defer payments of the employer portion of Social Security taxes. Originally, the CARES Act allowed employers to delay payment of those taxes unless they were PPP loan recipients, but the Flexibility Act removes that exclusion.

Martin J. Regimbal, an attorney with The Kullman Firm in Columbus, Mississippi, says the changes will be welcomed by many employers. Two of the greatest concerns with the original program were the time allotted to spend the funds and the amount that could be used for nonpayroll costs.

“Many employers were quick to obtain the loan, but the limited window to use the funds after receipt and the amount that had to be used for payroll purposes in order to obtain forgiveness did not meet with the reality that too many employers were still unable to operate their business or at a sufficient level within that window,” Regimbal says.

Courtney Strutt Todd, an attorney with the Davis Brown Law Firm in Des Moines, Iowa, agrees that the changes help. “These changes are extremely helpful in that before, most employers would not have been able to expend the proceeds within the 8-week period but now will be able to maximize the forgivable portion of the loan,” she says. The revision also helps businesses that have less payroll expense but higher rent and utility costs get more access to forgivable amounts. “This is a big win for restaurants,” she says.

The new legislation provides what many employers were seeking, but borrowers still have many factors to consider in weighing decisions about maximizing loan forgiveness and other aspects of how they conduct business.

Young-Ji Park, an attorney with Genova Burns LLC in Newark, New Jersey, says employers need to carefully consider how the changes mesh with requirements for maintaining full-time equivalent headcount. She says borrowers need to have conversations with their lender and, if complicated, an attorney to determine options. They also need to stay up to date with guidance from the Treasury Department and the SBA.

Despite uncertainties and potential problems, the revised program is expected to “provide some nice relief because some employers were caught in a tough spot,” Keith A. Krauss, also an attorney with Genova Burns, says. “This thing is a moving target.”