After being terminated for watching pornography on his work computer during work hours, a former employee sued for breach of contract, and the employer countered by asking the court for summary judgment. The case couldn’t be dismissed without a trial, however, because there is a possibility the company fired him to avoid paying a retention bonus, the U.S. District Court for the Southern District of Ohio recently ruled. 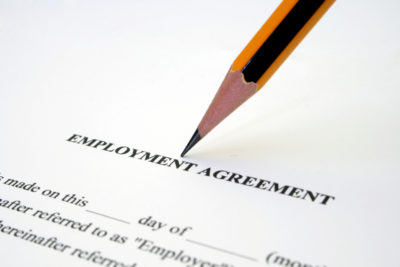 George Dix worked for Anthelio Healthcare Solutions, an IT services company. In 2016, Atos IT Solutions and Services acquired Anthelio. As part of the acquisition, Atos agreed to continue employing Dix and offered him a retention agreement.

The agreement stipulated Atos would pay Dix a $100,000 retention bonus on June 30, 2017. To be eligible for the bonus, he had to be employed with the company on the payment date. He signed the agreement on September 20, 2016.

The retention agreement clarified Dix would forfeit the bonus if he was terminated “for cause” or “voluntarily resigned” his employment with Atos. It defined “cause” as:

In November 2016, another Atos employee who was performing maintenance on Dix’s computer found explicit messages and content on the device. The employee reported the matter to her superiors, who then informed HR about the situation.

During a meeting with Dix on January 11, 2017, HR accused him of viewing, downloading, and soliciting sexually explicit material. He alleged the company demanded he resign immediately without telling him about the specific nature of the inappropriate material found on his work computer. As a result, he submitted his resignation, which was effective immediately.

After Dix left employment with Atos, a consulting company confirmed he had accessed large quantities of sexually explicit material during his employment and on his work computer.

In April 2018, Dix filed a lawsuit against Atos in the Southern District alleging breach of contract. Specifically, he alleged the company breached the retention agreement when he wasn’t permitted to cure his misconduct. Therefore, he was entitled to the full $100,000 retention bonus.

Atos argued all of Dix’s claims were frivolous and filed a request for summary judgment (dismissal without a trial) as well as sanctions against him. The employer claimed it didn’t breach the retention agreement and wasn’t obligated to allow him to cure his policy violation because accessing pornography at work was “incapable of being cured.”

In a decision issued on March 25, 2021, Judge Cole noted the policy violation portion of the definition of “for cause” includes two parts: (1) a failure to follow policies and procedures and (2) a failure to correct the failure within five days of notice from Atos. Because Dix admitted to viewing pornography on his work device during work hours, the only question was whether the company was required to provide him the opportunity to cure his misconduct.

Judge Cole pointed out Atos could have determined Dix’s violation of company policies by watching pornography during work hours was incurable and that under those circumstances, it wasn’t obligated to provide him the opportunity to cure the violation. The judge also noted, however, the company could have chosen to terminate him to avoid paying the $100,000 retention bonus. As a result, the judge ruled summary judgment wasn’t appropriate, and a jury should determine the issue. Dix v. Atos IT Solutions & Servs., S.D.Ohio No. 1:18-cv-275, 2021 U.S. Dist. LEXIS 56632 (Mar. 25, 2021).

Be careful when drafting employment agreements to ensure you have the desired level of control when it comes to terminating the contract. Even when an employee engages in serious misconduct, such as watching pornography at work, the agreement’s terms will control when and how his contract can be terminated.

Jourdan Day is an employment and labor law attorney with Porter Wright Morris & Arthur, LLP, in Columbus, Ohio. You can reach her at jday@porterwright.com.