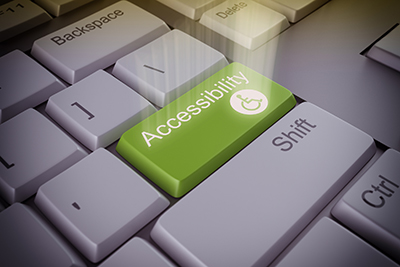 Juan Carlos Gil, who is blind, has filed numerous website accessibility lawsuits against various business and government entities—some 175 pieces of litigation in South Florida alone, according to the Palm Beach Post. As a visually impaired individual, he claims he is unable to access the entities’ websites, which he contends violates Title III of the Americans with Disabilities Act (ADA).

Gil sued a Winn-Dixie grocery store in July 2016 alleging he couldn’t use its website to refill his prescriptions or link online coupons to his store card because the site was incompatible with the screen-reading software he used. A lower court ruled in his favor and required the store chain to conform its website to Web Content Accessibility Guidelines (WCAG) 2.0 Level AA, a privately developed set of accessibility criteria.

In overturning the lower court’s decision, the 11th Circuit found “websites are not places of public accommodation under Title III of the ADA.” The appeals court said Winn-Dixie’s website wasn’t operating as an “intangible barrier” to accessing its physical stores’ goods, services, privileges, or advantages.

Specifically, the 11th Circuit determined Winn-Dixie’s website was of “limited use” in that it didn’t operate as a point of sale. Therefore, Gil’s inability to access the site didn’t pose an intangible barrier because visually impaired individuals can still shop and access the store’s services by going to its physical outlets. Gil v. Winn-Dixie Stores, Inc., 17-13467 (11th Cir., Apr. 7, 2021).

Even with the 11th Circuit’s decision, the issue of the ADA’s applicability to websites is far from resolved. The appellate court has jurisdiction over federal cases originating in Alabama, Florida, and Georgia, but other circuit courts have issued different rulings. The split among the circuit courts may persuade the U.S. Supreme Court to take up the issue sooner rather than later.

Elmer C. Ignacio is an attorney with the Tallahassee, Florida, law firm of Sniffen & Spellman, P.A. You can reach him at eignacio@sniffenlaw.com for more information or guidance with assessing your website.