Diversity, equity, and inclusion (DEI) have increasingly become key areas of focus for businesses across the country and around the globe. Businesses are increasingly recognizing the importance of DEI to their bottom lines. Diverse and inclusive companies tend to be more creative, better understand diverse markets, and avoid some of the costly PR blunders that have plagued many organizations in these times of what can be described as cultural tone deafness. 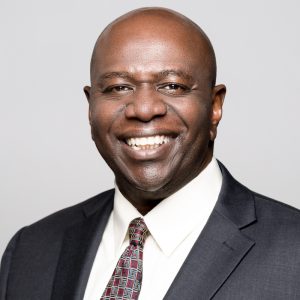 It should be no surprise, then, that chambers of commerce around the country have placed a focus on DEI efforts in support of their members and the broader business community.

This installment of our focus on corporate DEI leaders illustrates the impact these important community-centered organizations can have.

In November 2020, the Chattanooga Area Chamber of Commerce announced Lorne Steedley, MS, MA, as Vice President of Diversity and Inclusive Growth. Steedley has worked in Atlanta, Boston, and Baltimore and is an equity leader with applied program and project management experience in community-building, philanthropy, and civic participation.

Steedley is originally from Columbia, South Carolina, and he attended the University of South Carolina. After graduating college, and without any concrete plans following graduation, Steedley had a fortuitous call from a friend in Boston.

“He said, ‘come to Boston.’ So, the conversation was that extensive,” Steedley shares. He ultimately moved to Boston to work for Fidelity Investments, where he worked the phones in support of the company’s mutual fund business. “

It was very eye-opening coming from Columbia. My interpretation of wealth was rooted in conspicuous consumption. At Fidelity, I learned the value of wealth creation,” he says. Steedley had been the president of the local National Association for the Advancement of Colored People (NAACP) chapter as an undergraduate—a role that had opened his eyes to DEI inequities and societal participation when it came to wealth creation.

He explains, “Looking at assets as a means of creating wealth. This particular job was very eye opening and, perhaps, even to this day, one of the best informational jobs I’ve ever had in my career. It really left an impression on how I looked at this sort of intersection between this thing called life, and the significance of economic participation.”

Steedley spent the first several years of his career in this marketing and sales space, but it wasn’t where he saw his career long term. “Around the time of my graduation, corporations began to recognize the strength of interpersonal skills developed by liberal arts majors.” They also recognized, he says, that these skills were transferable, particularly in the realm of sales and marketing.

During his education, Steedley says he was fortunate to receive a fellowship at MIT in the Department of Urban Studies and Planning. “We were looking a lot more critically at equity issues,” he says. The experience exposed him to others in the cohort—largely people of color, he says—who were coming from a wide range of municipalities and regions throughout the country and beyond, from Alaska to San Juan, Puerto Rico.

Much of the program he participated in, he says, was related to financial literacy among young people. “At the time, there were a lot of newspaper articles on young people getting injured over gold chains and leather coats,” Steedley says. “So, my thoughts were, ‘they really don’t understand the money,’ it’s just that they’re making decisions, and the consequences of those decisions are very detrimental.”

These insights, he says, “slowly brought me back to diversity, equity, and inclusion.” Steedley’s interest in economic DEI wasn’t just a passive one. It was around this time that he sat on a board that developed 84 units of affordable housing in the Boston South End community as part of the award-winning Langham Court project.

Steedley stayed in the urban housing lane as he continued his studies, tackling two separate masters’ degrees. In the course of his studies and work in these areas, Steedley was selected for a fellowship at the University of Cape Town in the Graduate School of Business, which was led by former US Ambassador to South Africa, James Joseph.

It is the combination of these particular experiences that shaped how Steedley thinks about DEI. He says it’s not necessarily the title or the mantle of any particular position that has shaped his perspectives but the lived experiences he’s had along the way.

How Steedley Will Apply His Life’s Learnings

Returning to his present work with the Chattanooga Chamber of Commerce, Steedley says there are two factors that contributed to his current role and his ability to uniquely fill that role.

“There’s a strategic plan here called Chattanooga Climbs,” he explains. “One of the takeaways from that was that there was really a desire by the Chamber to work with and respond to folks who were surveyed on access, that folks really had an equal opportunity or availability to participate fully into the economy.”

The second factor was the social unrest that emerged after the murder of George Floyd in Minneapolis last summer. In the aftermath of those events, the Chattanooga Chamber put out a solidarity statement, making it clear to leadership that the members wanted to elevate DEI.

In addition, he says, much of his job is about relationship-building. “It’s about how you make the case—the business case—for DEI as a business imperative.” His experiences and interests are uniquely aligned with that direction.

Businesses are increasingly seeing DEI as a business imperative and not just a “nice” or politically correct area of transitory focus. DEI has a genuine and significant impact on the bottom line. It should therefore be no surprise that local chambers of commerce are getting pressure from members to put an increased focus on these areas.

Steedley is a great example of this and likely a sign of a growing trend in chambers across the country. As you consider your community, what steps do you see your chamber taking to bolster the business community’s ability to serve an increasingly diverse audience of employees and customers and to lay the foundation for a strong culture based on DEI?