When it comes to hiring, your company is looking for the best and brightest. But reading through resumes, perusing cover letters, reaching out to references, and hosting interviews can only tell you so much. How can you tell if an employee is going to fit into your company culture? How can you be certain they aren’t going to do something public online that embarrasses your business? If you’re really looking for a 360-degree view of an applicant—their lifestyle, personality, skillset, and more—you may feel tempted to check an applicant’s social media accounts and digital footprint. 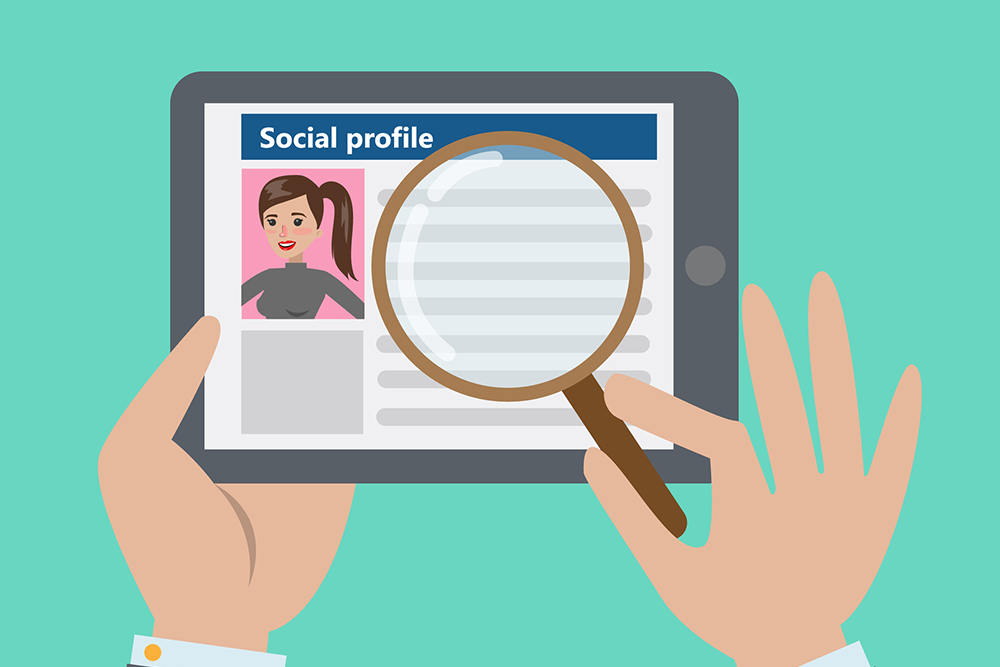 According to a recent study, nearly 90% of employers are screening the profiles of job applicants and over 70% of Human Resources professionals say that they’ve held back a job offer because of something they spotted on social media. It’s become common practice for businesses to want to scope out a person’s online presence before bringing them onboard. There are even third-party companies you can hire to screen an applicant’s social media profiles for things like scammy behavior or illegal drug use. But if you’re interested in doing so, how can you make sure to keep things fair, legal, and appropriate?

Most people understand their social media profiles will be looked at while they’re applying for a job. But that doesn’t mean that you as a recruiter don’t need to use responsibility and prudence when checking out an applicant’s Instagram or Twitter account. Here are a handful of do’s and don’t’s on screening the social media accounts of your applicants.

Do: Research the Laws In Your Area

There are some national laws, like the Civil Rights Act, that prevent you from discriminating against an applicant based on race or gender. But certain states have more specific laws about reasons you can refuse to hire someone. Make sure that you’re paying attention to your particular area in order to avoid getting hit by legal action. Discrimination lawsuits are not fun things to be a part of. You also don’t want to find something out on social media and find out after the fact that you can’t consider that particular finding when deciding whether or not to offer employment. It will already start that employee’s job off on a bad foot—and that isn’t fair, to either you or them.

Are there companies that boast an ability to hack into someone’s social media profile to spy on them for potential employers? Yes. Should you utilize them? Absolutely not. First of all, these hackers often use illegal methods, like impersonating a person or business entity online. Secondly, this is an abuse of a potential employee’s privacy. If he or she has set their profiles to private, respect it.

Do: Consider Your Boundaries

It makes sense that a business would be cautious about hiring someone who’s very outspoken politically. But everyone will have varying degrees of comfort on political outspokenness, as well as which topics you’re willing to disagree on. There isn’t necessarily a right or wrong answer here, but it’s important to spend some time considering how willing you are to have a politically outspoken employee, whether they agree or disagree with you on certain policies. Just because someone’s politically active in their personal life doesn’t mean they’ll bring it into the office. But someone who spends a great deal of time talking politics on their Twitter feed may bring an energy you aren’t looking for. Maybe you agree with someone strongly and have no problem with them being an activist on the weekends, or maybe you disagree but don’t mind as long as they’re views don’t come into the workplace, or maybe you’d prefer not to have an employee who talks publicly about their political views at all.

Again, there’s no right or wrong here—it’s up to your individual company culture.

Don’t: Put Too Much Stock in Social Media Personas

Most people know that an employer has a good chance of looking at their social media profiles. That means they may have cleaned them up before you’re even seeing them—it’s likely that they’ve deleted any inappropriate photos or statuses. This isn’t a bad thing; it shows that he or she is considering how they look online. Furthermore, just because someone posts a photo of themselves at a bar on a Friday night doesn’t mean they won’t be a terrific employee! Social media research shouldn’t be the be-all-end-all of your hiring process. Keep an open mind and try not to let yourself be overly biased by something you see on a person’s profile. One option to avoid stereotyping or letting negative thoughts creep in when they shouldn’t? Don’t do a social media screen until after someone’s been interviewed in person and you’ve come to an informal decision. That way, you know you’ll have to find some serious red flags in order to change your mind.

Do: Check Out What They’ve Said About Employers

One huge no-no? Someone badmouthing their employer on social media. Everyone needs to vent about his or her boss from time to time, but that’s something that should be done to a spouse or trusted friend—not the internet. If someone has so little respect towards their employer that they’re angrily complaining about them on Facebook, that isn’t someone you want in your office. It can hurt morale, make a mockery of your business, and expose company troubles to the public.

Don’t: Go All The Way Back

Social media may feel relatively new, but it’s actually been around for a long time. You’re likely looking at potential employees who had a Facebook profile in high school or a TikTok account in college. Remember that when we’re young, we all may have shared things that would make us wince now. Don’t judge people too harshly by statements made when they were sixteen. You’re trying to decide if the person would make a good employee now, not if they would have just a month after getting their driver’s license.