Arbitration agreements are basically contracts, and they won’t be enforced absent proof both parties agreed to their terms. When the agreement is ambiguous and the ambiguity was created by the employer, one might expect a court won’t enforce the contract against the employee. But arbitration agreements are favored by some basic legal tenets, so is that enough to save an ambiguous agreement? 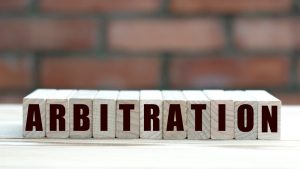 Jose Calderon and Western Bagel Company, Inc., signed an arbitration agreement. The company drafted the English version of it, and a third party created a Spanish translation.

The third-party translator translated paragraph 10 as follows: “If any provision of this Agreement . . . is found to be unenforceable, whether in whole or in part, this finding will not affect the validity of the rest of this Agreement and the Agreement will be carried out to the fullest possible extent to ensure that the resolution of all disputes between the parties as described herein are resolved via neutral, non-binding arbitration.” All other parts of the Spanish version of the agreement provided for “binding arbitration.”

The trial court determined the inconsistency between the Spanish and English versions of the arbitration agreement created an ambiguity about whether the parties agreed to binding or nonbinding arbitration. To resolve the ambiguity, the trial court construed the agreement against Western Bagel because the company drafted it and had it translated. Therefore, the trial court ordered the parties to arbitrate their dispute on a nonbinding basis before the case could be further litigated. Western Bagel appealed.

Ambiguities Resolved in Favor of Arbitration

The Federal Arbitration Act (FAA) protects the integrity of many arbitration agreements by making them binding and limiting the reasons for which courts can review and set aside arbitration awards. To that end, the court of appeal disagreed with the trial court and determined the FAA prohibited the trial court from construing the ambiguity against the drafter of the agreement, Western Bagel.

The court of appeal primarily relied on the U.S. Supreme Court’s decision in Lamps Plus, Inc. v. Varela. In that case, the Supreme Court ruled that construing ambiguities against the drafter “interferes with fundamental attributes of arbitration and thus creates a scheme inconsistent with the FAA.” The Court stated an “individualized form of arbitration [is] envisioned by the FAA,” wherein “parties forgo the procedural rigor and appellate review of the courts in order to realize the benefits of private dispute resolution, lower costs, greater efficiency and speed, and the ability to choose expert adjudicators to resolve specialized disputes.”

Paymon Mondegari and Ryan McKim can be reached at Clark Hill PLC in Los Angeles, Rpmondegari@clarkhill.com and rmckim@clarkhill.com.