Football season is upon us, and so are the clichés associated with it. But clichés all contain kernels of truth, do they not? Here is one: “Football is a game of inches.” So, too, is employment discrimination litigation. For an education on this point and the importance of small details, read on. 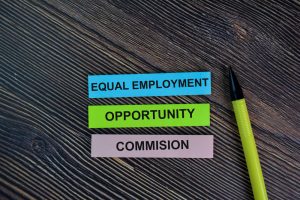 The ‘T’ Got Crossed

Sonya R. Edwards worked for the Mesquite Independent School District as a substitute teacher. She claimed she was exposed to a racially hostile work environment. She also asserted she was fired on May 19, 2017, from one school and transferred to another. According to her, that, too, was due to her race.

As you likely know, a person claiming race discrimination must file a discrimination claim with the Equal Employment Opportunity Commission (EEOC) within 300 days of the unlawful act. A later lawsuit will be dismissed if that isn’t done. (This requirement is called “administrative exhaustion.”)

Well, Edwards didn’t let any grass grow beneath her feet and filed a Form 238—aka, an “intake questionnaire “—with the EEOC on May 22, 2017 (well within 300 days) and a Form 5—aka, a “charge of discrimination—(well outside the 300-day period). Form 5 is what we are all familiar with and is the standard form. The questionnaire contains pretty much the same information but has a different format in that it asks questions to be answered and not facts and allegations to be asserted.

But the ‘I’ Didn’t Get Dotted

A lawyer filed a Title VII of the Civil Rights Act of 1964 lawsuit on Edwards’ behalf. The suit alleged in the administrative exhaustion section that she timely filed the questionnaire within 300 days and the later-filed charge was redundant and therefore just so much gravy. In fact, the lawsuit alleged the EEOC responded to the filing of the questionnaire and confirmed its receipt on August 14, 2017.

The trial court agreed and tossed the lawsuit. The appeals court, by a 2-1 vote, said it was right to do so. In short, the two judges in the majority held case law “requires a fact-intensive inquiry [to be made and alleged] to determine whether an Intake Questionnaire meets EEOC regulatory requirements for a charge and expresses an intention to be considered a charge.”

A few more lines to that effect would have staved off dismissal, but unfortunately for Edwards, they were nowhere to be found in the lawsuit. Edwards v. Mesquite Independent School District (5th Cir., August 20, 2021).

For employers, the lesson is clear: Fight every fight—even if it seems you are dealing with inches—because you may win. And an early win is sweet because you can avoid lots of fees, needless expenses, and seemingly endless aggravation.

Michael P. Maslanka is a professor at the UNT-Dallas College of Law. You can reach him at michael.maslanka@unntdallas.edu.