Whenever there’s a change in the political party at the White House, we usually see a shift in policy at the National Labor Relations Board (NLRB), too. This year is unique because, in addition to the change in leadership, we are slowly emerging from more than a year of uncertainty caused by the COVID-19 pandemic. Given the changes, we thought it might be time to look back on how unions did in 2020 and what might be coming. 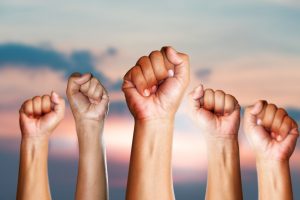 Earlier this year, the U.S. Bureau of Labor Statistics released its 2020 union members summary. According to the report, unions lost 321,000 members in 2020, a drop of 2.2%. Pretty bad, huh? Maybe not, if you look at it in relative terms.

Even though the economy shed almost 10 million jobs because of the pandemic, the percentage of the overall workforce in unions (also known as “union density”) was slightly higher at the end of 2020 than at the start. In a classic glass-half-full take, AFL-CIO president Richard Trumpka predicted the slight increase in union density is “part of a national groundswell.”

On April 9, 2021, warehouse workers at Amazon’s Bessemer, Alabama, facility voted overwhelmingly to remain nonunion. Overturning the result will be an uphill fight.

In touting the potential for organizing southern workers, unions have rejected the conventional wisdom that membership is a hard sell in the Sunbelt. In recent years, they have invested a lot to organize Southern workers, particularly in the auto industry because that’s where good, historically union jobs have migrated.

To date, unions have seen little return on their investment. Only time will tell what impact the Bessemer election will have. I’m sure, however, it won’t be the last organizing effort at an Amazon facility.

How is 2021 and Beyond Looking for Unions?

It’s hard to say. Our economic rebound should be in full swing soon, bringing back many of the union jobs/members lost to the pandemic. Also, the Biden administration is taking a prounion approach, and the (barely) Democratic Congress may look to pass favorable reform legislation:

Persuader rule. Notably, President Joe Biden has indicated he will work to reinstate the Obama-era “persuader rule,” which required employers (both union and nonunion) to report publicly when they use consultants (including lawyers) for labor relations advice given for the purpose of persuading employees not to unionize. A court blocked the rule in November 2016, and the Trump administration didn’t file an appeal, but it’s likely to resurface again soon.

Quickie elections. The Biden administration also supports legislation establishing shortened timelines for union election campaigns such as the Obama-era “quickie election rule,” which shortened the period from the filing of the union’s petition to the election. Many would agree the shortened process provided an advantage to the unions.

Under the rule, employers had less time to educate employees about the disadvantages of union representation and train supervisors on how to respond lawfully to the organizing campaign. The Trump administration abandoned the rule. If it (or something like it) is enacted, employers could be disadvantaged once again when it comes to union elections.

Prounion task force. In April, President Biden created a “Task Force on Worker Organizing and Empowerment.” One of the goals is to “facilitate worker organizing across the country.” Increased worker activism may translate into election successes for unions, too.

The developments noted above may bring short-term gains for unions, but I can’t help but think they won’t be enough to reverse 60-plus years of membership decline.

Tim Murphy is a partner at the firm of Skoler, Abbott & Presser, P.C., in Springfield, Massachusetts. You can reach him at tmurphy@skoler-abbott.com.