The U.S. 6th Circuit Court of Appeals (which covers Michigan employers) recently provided employers with guidance on how to handle an employee’s complaints of multiple instances of gender-based harassment committed by coworkers. The crux of the case illustrates the importance of taking prompt remedial action, even if the results prove to be inconclusive.

A Detroit city employee referred to as “Jane Doe” underwent gender-confirming surgery. Upon returning to the workplace, she was subjected to three separate instances of gender-based harassment by coworkers. 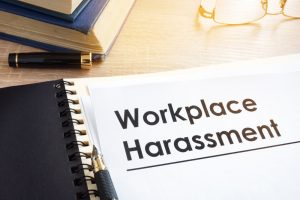 First, an unknown coworker altered Doe’s office nameplate by writing “Mr.” on it and delivered a handbag containing a phallic sex toy and a hateful, handwritten note. She immediately reported the incident to HR, which instructed her to file a formal complaint with the department of human rights. A coworker had previously filed a complaint with Doe’s supervisor alleging Doe violated the department’s dress code, but she had never experienced direct harassment and was unsure who was responsible.

IF A MAN HAS SEXUAL RELATIONS WITH A MAN AS ONE DOES WITH A WOMAN, BOTH OF THEM HAVE DONE WHAT IS DETESTABLE. THEY ARE TO BE PUT TO DEATH; THEIR BLOOD WILL BE ON THEIR OWN HEADS.

Doe again immediately reported the incident to HR. She also felt the note was a threat to her life and left work early to file a police report. She continued to fear for her safety and didn’t want to go back to work, but the city directed her to return three days later, stating her safety concerns would be addressed. At the time, she had “some suspicions” about which coworker was behind the harassment, but she didn’t relay her thoughts to the police or the city.

Finally, less than two weeks later, Doe found a second typed note on her office chair stating, “You were warned! Now I will show you better than I can tell you. GOD HAVE MERCY ON YOUR SOUL!” She reported the incident to HR, filed a second complaint with the human rights department, and lodged a complaint with the Equal Employment Opportunity Commission (EEOC) and the Michigan Department of Civil Rights (MDCR).

Doe told HR and her supervisor she suspected a coworker named “Allen” had perpetrated the harassment. All parties agreed, however, there was no “hard evidence” against him.

In addressing the hostile work environment claim, the 6th Circuit noted an employer can be held liable when the harasser is a coworker only “if it knew or should have known of the alleged harassment and failed to implement prompt and appropriate corrective action.” To be liable, the employer’s response to the coworker’s harassment must “manifest indifference or unreasonableness in light of the facts the employer knew or should have known.”

The appropriate corrective response will vary according to the severity and persistence of the alleged harassment. It’s generally adequate, however, “if it is reasonably calculated to end the harassment.”

Ultimately, the 6th Circuit found the city handled all three instances of coworker sexual harassment reasonably and affirmed the lower court’s grant of summary judgment (dismissal without a trial). To reach the decision, the court addressed the adequacy of the city’s response to each incident separately.

First incident. After the nameplate was defaced (and the gift bag and hateful handwritten note were delivered), the city immediately removed, cleaned, and replaced it. Employees were promptly gathered and told the city’s zero-tolerance harassment policy could result in termination. HR encouraged and helped Doe to file a formal complaint with the human rights department.

On the same day Doe filed the complaint, employees were required to provide handwriting samples to compare with the handwritten note. In an attempt to identify the harasser, the city also interviewed employees individually, but no one admitted to any involvement.

Doe complained because the city didn’t involve the police and offered to pay to install a lock on her door and a camera, but the city told her it was handling the investigation. More than two months after the initial events, she received a report from the city concluding it couldn’t identify the perpetrator and recommending a lock be installed on her office door. No action was taken for several months.

Second incident. Upon receiving notice of Doe’s receipt of the first typed note, the city sent her home from work early to file a police report. A supervisor followed up with the police two days later and was told the matter should be internally investigated.

Although Doe claimed she continued to fear for her safety, the city directed her to return to work and stated her safety concerns would be addressed. Four days later, the city entered a work request for a lock to be installed on her door.

Third incident. The second typed note prompted the city to relocate Doe temporarily to an empty office on another floor. Two employees were interviewed about the two typed notes, but Allen (the coworker she thought was the perpetrator) wasn’t one of them.

Two weeks later, the lock was installed on Doe’s original office door and a camera placed in the hallway. She asked to remain in the new office until the harasser was identified, but the city returned her things to her former space.

Separately, the city learned Allen had viewed Doe’s Facebook page and allegedly made disparaging comments. Because of the confirmed conduct, he was given an unpaid three-day suspension and moved to a different floor. Several days later, however, Doe received another report from the city stating it was unable to determine who had left the notes. Jane Doe v. City of Detroit.

An inconclusive investigation can serve as an essential element in discharging your duty to take prompt remedial action. The 6th Circuit specifically stated that launching a prompt investigation to determine whether a complaint is justified is the most significant measure you can take in response to a sexual harassment complaint.

Additionally, a harassment victim doesn’t get to dictate how you must reasonably handle a sexual harassment complaint. Instead, the court evaluates the corrective response based on the severity and persistence of the alleged misconduct. Accordingly, even when it appears an investigation may be futile, you need to fully investigate and take reasonable remedial action intended to end the behavior.

Alexander J. Burridge, Gary Fealk, and John Below are attorneys with Bodman PLC in Detroit and Troy, Michigan. You can reach them at aburridge@bodmanlaw.com, gfealk@bodmanlaw.com, and jbelow@bodmanlaw.com.