Although supervisory favoritism toward a paramour may be unfair and ill-advised, it isn’t illegal sex discrimination under Title VII of the Civil Rights Act of 1964, according to the U.S. 9th Circuit Court of Appeals (whose rulings apply to all Washington employers).

William Maner worked in a medical research laboratory operated by Dignity Health and run by Robert Garfield. At the time in question, the lab workers were Dignity employees. 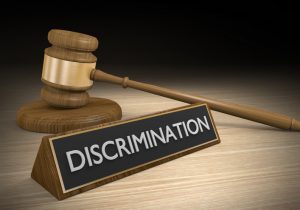 Maner had at least one male and one female coworker. The woman was in a long-term romantic relationship with Garfield, and they lived together. They occasionally displayed affection for each other at workplace events, and Garfield showed favoritism toward her in several ways, including:

After a number of years, the lab experienced a decline in the grant moneys used to fund employee salaries and research projects. As a result, Maner’s male coworker’s position was eliminated. Maner complained to Dignity about the ongoing romantic relationship between Garfield and the female coworker. The employer conducted an investigation and interviewed Maner, but he raised no concerns about the affair or its impact on the workforce.

Nearly a year later, Garfield submitted a negative review of Maner’s performance. He responded by challenging the supervisor’s assertions, arguing funding concerns had prompted the evaluation. He also offered to take actions to improve.

A little over a month later, on October 1, 2011, Dignity eliminated Maner’s position and terminated him, citing the poor performance review and lack of funding. On October 11, he protested the firing, claiming the rationales were pretextual (or a cover-up for discrimination) and accusing management of using funds in “a nepotistic manner,” violating Equal Employment Opportunity Commission (EEOC) “articles,” and committing unfair labor practices.

After exhausting his administrative remedies before the EEOC and obtaining a right-to-sue letter, Maner filed a lawsuit against Dignity in federal court alleging the employer violated Title VII by discriminating against him on the basis of sex and retaliating against him by discharging him for protesting Garfield’s favoritism toward his paramour at other employees’ expense.

The trial court dismissed both claims, and Maner appealed to the 9th Circuit.

There were two questions on appeal:

The 9th Circuit’s three-judge panel answered both questions in the negative.

Paramour favoritism. So, why isn’t favoritism toward a supervisor’s paramour sex discrimination against other employees? According to the 9th Circuit panel, favoring a paramour has nothing to do with the coworkers’ gender. They would experience the same unfavorable treatment whether they were male or female. Their less favorable treatment simply wasn’t due to their sex. Rather, the supervisor’s romantic relationship was to blame.

In reaching its decision, the 9th Circuit joined all other circuit courts that have explored the question. The court also found support in the recent U.S. Supreme Court ruling in Bostock v. Clayton County, which concluded discrimination against employees on account of their sexual orientation or gender identity is unlawful bias on the basis of their sex.

In the Bostock decision, the Supreme Court articulated a simple test for determining whether an adverse action against an employee was unlawful sex discrimination. The test is to determine whether changing the employee’s sex would have resulted in a different action. Here are some examples from the ruling:

Applying the Bostock test to Maner’s case, the 9th Circuit pointed out the employee’s claim that paramour preference is illegal sex discrimination fails the test because changing the sex of the alleged victims wouldn’t change the outcome:

The employer discriminates in favor of a supervisor’s sexual or romantic partner and against all other employees because they are not the favored paramour, no matter the sex of the paramour or of the complaining employees. Changing the sex of the complaining employees would not yield a different choice by the employer because the identity of the favored paramour would remain the same. The motive behind the adverse employment action is the supervisor’s special relationship with the paramour, not any protected characteristics of the disfavored employees.

Employer retaliation. Maner’s claim that he was retaliated against for complaining about Garfield’s favoritism also failed to pass muster, according to the 9th Circuit. To establish a retaliation claim, the employee must show (1) he engaged in a protected activity, (2) he suffered an adverse employment action, and (3) there was a “causal connection” between the two.

Maner certainly suffered an adverse action because he was discharged. Therefore, only the other two requirements were in question: Did he engage in protected activity, and was there a causal connection between the activity and the discharge?

When the alleged protected activity is a complaint about illegal conduct, it isn’t necessary for the employee to be correct that the behavior in question was in fact illegal, according to the 9th Circuit. It’s sufficient if the employee had a reasonable belief it was. In Maner’s case, the court didn’t decide whether it was reasonable for him to believe Garfield’s favoritism was illegal. After all, even assuming it was, the employee failed to show the required causal connection between the two.

To establish a causal connection, the employee must show the employer was aware he engaged in protected activity. Maner didn’t voice opposition to Garfield’s conduct, however, until after Dignity eliminated his position. His October 11 letter asserting nepotism, EEOC articles, and unfair labor practices arrived almost two weeks after the decision to cut his job.

The principal takeaway is, yes, Garfield’s favoritism toward his lover might have been unfair. Nevertheless, it wasn’t illegal sex bias under Title VII.

Bruce Cross is a partner at Perkins Coie LLP in Seattle, Washington. You can reach him at bcross@perkinscoie.com.