The 2021 Oregon legislative session imposed further limitations on noncompetition agreements. Before the law becomes effective on January 1, 2022, you should review your agreements to ensure they provide the best possible protection. 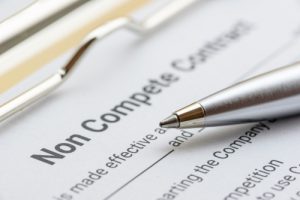 Senate Bill (SB) 169, which passed during the 2021 Oregon legislative session, further limits employers’ ability to use noncompete agreements. Effective January 1, the following limits will be in force:

In addition, noncompete agreements violating the statute in the future will be void. Previously, they were “voidable.” The difference is, when the agreement was voidable, an employee had to take some action to cancel it. Now, the agreement is automatically nullified without any action by the worker.

While implementing the changes, it’s a good time to review your noncompete agreements and your practices for using them. In Oregon, a noncompete can be entered into only at hire or upon a “subsequent bona fide advancement,” usually a promotion. At hire, you must disclose the agreement in a written offer to the employee provided at least two weeks before the first day of employment.

With some exceptions, noncompete agreements are limited to employees who qualify for one of the white-collar exemptions, i.e., as a manager, administrator, or professional. Under the new law, the employee also must earn at least $100,533 at the time of termination.

Note the timing issue: An employee may be hired into a white-collar job at a salary less than $100,533, but with an anticipation of earning at least that amount at some time in the future. A salary increase generally won’t justify a new noncompete as a promotion. As the statute is now written, it makes the most sense to provide a noncompete that activates only if the employee is earning at least $100,533 at the time of termination.

Although not a new requirement, you should have a policy and practice in place ensuring employees receive a written copy of the noncompete agreement within 30 days of termination. If that doesn’t happen, the agreement isn’t enforceable.

You also should review your nonsolicitation agreements and consider drafting them so they are exempt from the noncompete law’s restrictions. For years, the law limiting noncompetes has contained an exemption for agreements prohibiting the solicitation of employees and customers. As a result, those agreements aren’t covered by the statute.

Although courts often have the power to rewrite the covenant’s language and limit it to customers, they’re becoming increasingly reluctant to exercise the right. Judges are declaring it’s up to the employer to draft a valid agreement. They say an employee shouldn’t have to live in fear of an invalid or overbroad agreement when the employer has overreached. The act of drafting an invalid agreement shouldn’t be rewarded by having it corrected in court.

Finally, consider using a nonsolicitation agreement falling outside the noncompete statute. That way, along with confidentiality and trade-secret protection, you’ll have some solid defenses against the theft of your information, employees, and customers.

Calvin L. Keith is a partner with the law firm of Perkins Coie LLP in Portland, Oregon. You can reach him at ckeith@perkinscoie.com.