It’s that time of year again. Time for Halloween and all the candy, cheesy ghost stories, and inappropriate costumes that come with it. While Halloween can be fun and exciting, the fallout for employers can be all fright. Office Parties. While workplace costume parties can lighten the mood in the office, employers should be proactive […] 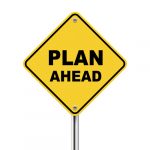 [Note: Major spoilers ahead. If you have not seen/read Gone Girl, and wish to do so, please do NOT continue.] This past weekend my wife and I got to see David Fincher’s latest film Gone Girl. While I am a fan of Fincher’s work, I had not read the novel Gone Girl and had successfully […]

Satya Nadella’s job was tough enough from the start. He followed Microsoft lifer Steve Ballmer and founder Bill Gates into the CEO role at a time when the company is looking to keep its businesses rolling in the face of a changing industry, slower PC sales, and serious pressure on its bread-and-butter Windows and Office […]

You can hardly get through your morning coffee these days without seeing another story about some athlete, model, or actor who abused his wife, trashed her Beverly Hills hotel room, or went all Archie Bunker in a racist Twitter rampage. Usually, high-profile celebrities are bound by employment contracts that require strict adherence to an impeccable standard of personal conduct. But what can the average employer do if Walter […] 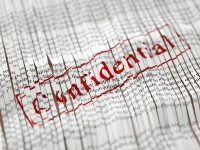 Celebrities … they’re just like us. Which is to say that they now have a reason to be ticked off at the National Labor Relations Board too. A recent decision by an NLRB administrative law judge tells Hollywood’s A-listers they get no special treatment under the labor laws. The MUSE School, founded by Titanic director James Cameron, […]

Downton Abbey recently made headlines with what some are calling “the water bottle seen around the world.” In an uncropped version of a publicity photo, Lord Grantham and Lady Edith are seen standing in front of a stately mantel upon which a bottled water is perched looking hilariously out of place. Turning an amusing blooper into […] 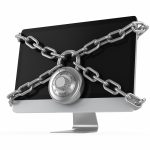 Although the actual games have been overshadowed lately by the off-the-field misbehavior of some of the players, the NFL season opened last week. And if you listened closely enough, you could almost hear HR managers and small business owners across the country yelling at their employees, “Get off your fantasy football website and get back […]

E-mails, audio recordings, and video surveillance. This trifecta of evidentiary support was put front and center in two disturbing incidents from the sports world that made headlines in the past week. Earlier this week, Atlanta Hawks controlling owner Bruce Levenson stepped down, stating his intention to sell the team, because of a 2012 e-mail that he […]

I live in the South. This time of year, that means college football; that also means otherwise healthy friendships will erupt with enough recrimination, envy, taunts, and ill will to put the Corleones and Tattaglias to shame. Everyone crows that this is their year , we’re going to come out on top, and what-do-you-mean-that-overtime-loss-last-month-means-we-can’t-play-for-the-championship? (Except […]

This past week, the entertainment world lost one of its best and brightest to an apparent suicide. Robin Williams, who brought laughter to so many for so long, took his own life at the age of 63. So much has been written about his talent over the past week that it’s difficult to understand or […]